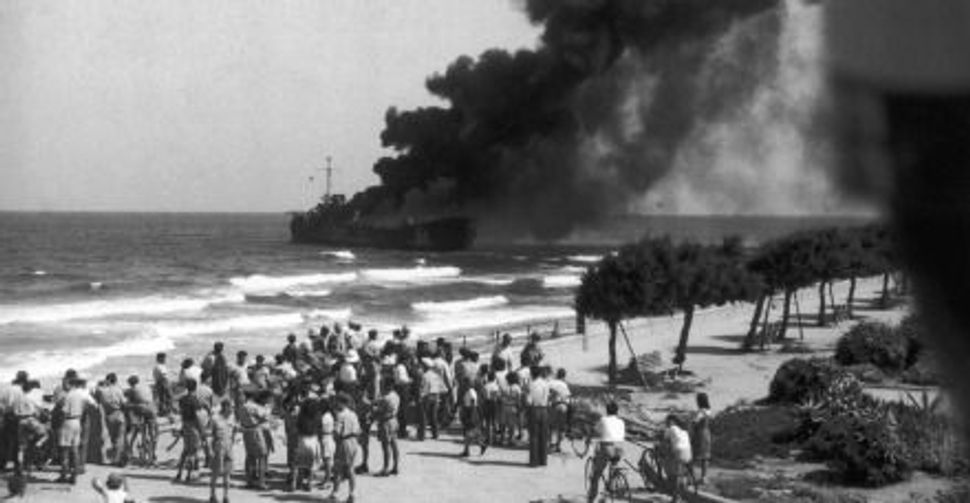 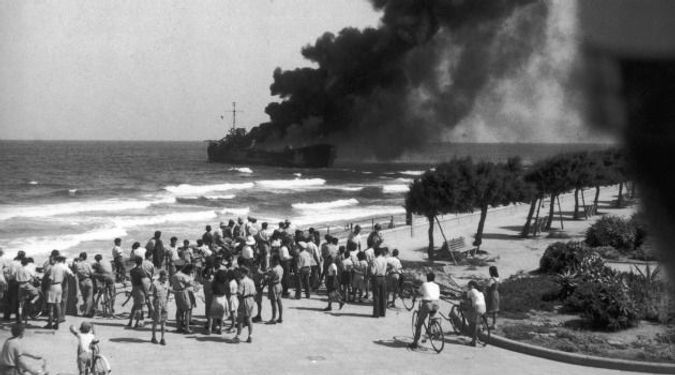 One of the bitterest confrontations on record pitting Jew against Jew is soon to be dredged up ? quite literally.

The Israeli government has given instructions for the raising of the Altalena, a Jewish ship on which the country?s prime minister, David Ben-Gurion, ordered his army to fire shortly after he declared independence, in 1948.

The Irgun, a right-wing Zionist faction led by Menachem Begin, who years later became prime minister, controlled the ship. The Altalena was bringing weapons from Europe to rearm the militia. When Ben-Gurion, then head of the provisional government, demanded that Begin and the Irgun hand over these arms, insisting there could be only one single armed force in the new state, Begin refused, and Ben-Gurion attacked the ship as it neared Israel?s shore.

Over the next three decades, his political faction enjoyed uninterrupted control of government. Its doctrine was that attacking the Altalena had been vital ? a belief that is still widespread on the Israeli left. ?The Altalena is when Israel was actually established as a state, as it was the moment when it was clear that it would be one state with one military,? said Jerusalem-based historian Gershom Gorenberg, who has written about the incident at length.

Today, the Israeli right is politically stronger than ever, and it is determined to put this narrative to rest once and for all. ?Years later, we can now analyze the reasons behind that order to open fire on the ship without engaging in dialogue with its command,? Prime Minister Benjamin Netanyahu said at a recent memorial ceremony for the 19 passengers who were killed. ?It was a rash order, a mistaken order.?

His plan is to present the nation with the ultimate monument to his historical narrative ? and in doing so, challenge not only Ben-Gurion?s attack, but also what the former prime minister did next. Ben-Gurion ordered the ship sunk in the Mediterranean; Netanyahu will be raising and displaying the wreck.

The intended message is that the hero of the Altalena episode was not Ben-Gurion, but rather Begin. In fact, so central is the Begin legacy to the project that it is actually being carried out by the Jerusalem-based Menachem Begin Heritage Center, which wants to air the old Irgun claim that Begin saved the day by refusing to fight Jews and not retaliate against Ben-Gurion. With the wreck, ?we will have a monument that will tell the important story of how Israel was almost on the brink of civil war and how this was prevented,? said Moshe Fuksman-Sha?al, deputy director of the Begin Center.

This logic leaves Gorenberg incredulous. ?The idea that Begin is the hero of this story is a total rewrite,? he said. Gorenberg likened the Israeli government adopting this narrative to the American government ?endorsing Confederate History Month as a celebration of the South?s role in preserving the Union.?

The Begin Center is spending $60,000 ? which is being subsidized by the government ? on the initial exploration to locate the wreck, which it hopes to achieve by mid-August. It then expects additional government cash to raise the wreck from the seabed.

Fuksman-Sha?altold the Forward that the issue is deserving of public funds. ?The general public knows about [the Altalena] and cares about it,? he said, adding that the incident ?just doesn?t leave the public discourse.?

But Hebrew University historian Israel Bartal, chair of the Historical Society of Israel, believes that there is little public consciousness of the Altalena and that there is nothing in the plan ?beyond a political intention to strengthen today?s right in the eyes of potential voters.?

He said, ?For an Israeli who is 40 today, Begin and Ben-Gurion are the same person ? people don?t know the difference.? In his analysis, understanding of the frictions between the two had already faded in the 1970s, when he helped to curate part of the Israel Defense Forces History Museum, in which the two men?s forces were presented as one. ?Otherwise people wouldn?t be able to follow,? Bartal said.

He considers the plan ?like a bad joke,? saying that it will fall flat even with those it is aimed to impress. ?The message of this raising will be that the government is wasting millions on something that?s irrelevant to today?s problems,? he said, ?Many will say, ?Why not pay for more doctors?? Even the right will say: ?What do we need that for? Use the money to build another settlement.??

Arye Naor, Cabinet secretary to Begin during the latter?s premiership, and an emeritus Ben Gurion University professor whose research focuses on the Israeli right, disagrees. While not passing judgment on the plan to raise the ship, Naor said: ?I think that right now, there?s a serious message [from the Altalena] of unity looking backwards, because a lot of problems are still ahead of us. There is the issue of settlements, and the issue of withdrawal or evacuation will come sooner or later, so it?s important to remember the message of unity and saying no to civil war.?