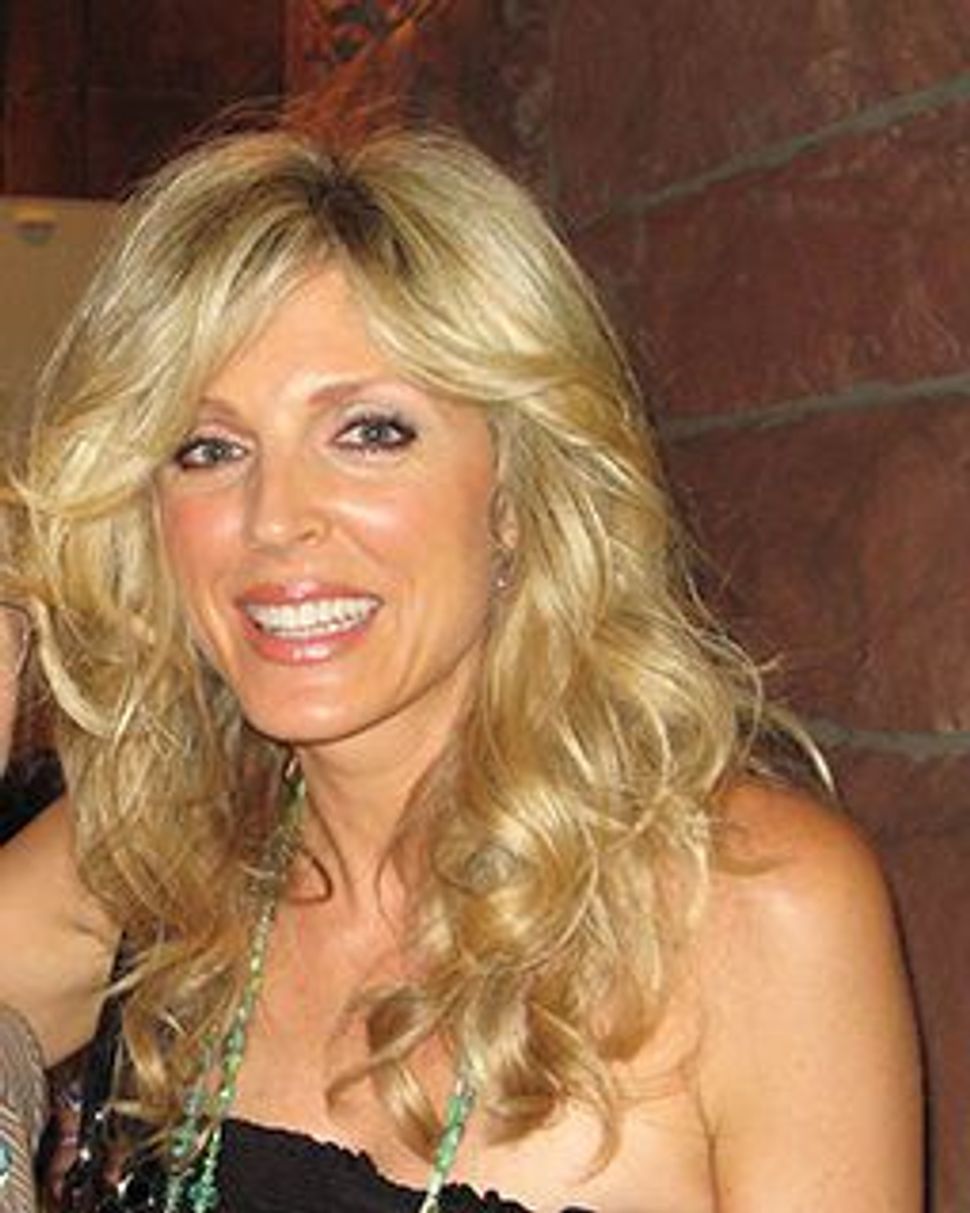 Marla Maples portrays one of the five women in the current production. Image by Karen Leon

One week after the Hampton Designer Showhouse Gala Preview Cocktail Party, held July 23 in Bridgehampton, N.Y., to benefit Southampton Hospital, I met with two of the 25 interior designers who had been chosen to decorate a room in the Showhouse: Gideon Mendelson, head of New York City based Mendelson Group, and Keith Baltimore of Baltimore Design Group, which is based in Port Washington, N.Y. Never again will I look at a professionally designed room without reflecting on some of the philosophical imperatives about the use of space and the function of design postulated by these two designers. 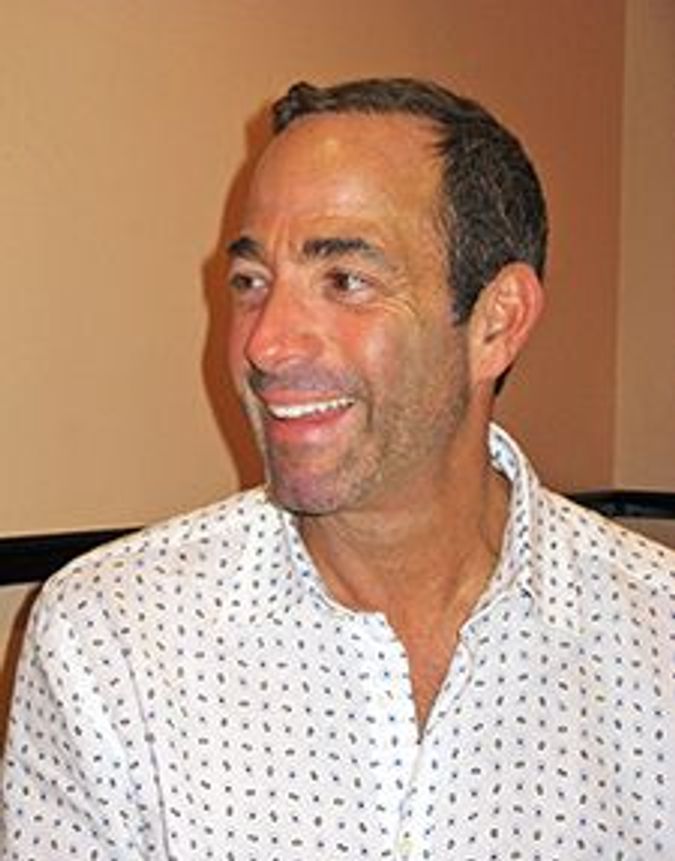 During our chat at his Manhattan office, Mendelson told me: “I was born in Brooklyn. My father was born in 1941 on a train enroute to Alma-Ata [the former capital of Kazakhstan, now known as Almaty], arrived in the U.S. in the 1950s.” He said, “Though I went to Hebrew school and had a bar mitzvah, I consider myself a cultural Jew….”

At a New York Midtown Chinese restaurant, Brooklyn-born Baltimore told me: “I have no idea where the Baltimore name came from. I was raised Orthodox, was kosher, wore tzitzit, spoke Yiddish [and] rebelled. I am now a Reform Jew and feel more connected to Judaism…. I understand what I read, [and] I like rabbis — they are the most wonderful people in the world.” On the subject of his chosen profession, Baltimore said: “I was born to be a designer. When I lived at home, I was rearranging my parents’ furniture weekly.” Baltimore stated that the challenge he faced was to design homes in order to promote family socialization. Mendelson comes from a design-related family: His maternal grandmother was an artist, his paternal grandfather an architect and his mother an interior designer.

Mendelson continued, “If a job is exciting, I am an authoritative listener. I listen to [design] symptoms like someone listens to a piano, then fit the pieces into the puzzle. I strategize with everyone and [decide] on a palette we are comfortable with. The best clients are those who hand over the reins to the architect. In the Showhouse, I was assigned a stairway landing. My design theme was inspired by aviation — a landing pad.” What first meets the eye as you ascend the stairs to this innovatively designed space is a large World War I wooden airplane propeller, mounted on the wall. The wall covering, furniture, rug and accessories all have an aviation motif in both color and texture. Mendelson added: “To me, lighting is like jewelry…. Eye candy should be everywhere. When you walk into a room, I want you to have a visceral experience.”

“I am an anthropologist when it comes to how people live and [how] I sculpt their lives,” said Baltimore, who designed a guest bedroom for the Showhouse. “My style? I don’t have one. The American family has changed. Everyone is hooked up. The art of conversation is gone. I will not have a desk in the bedroom. No more dining room! You use it once or twice a year, for a Seder or family get-together…. The kitchen is the heart of the house — an open space where the family’s socialization takes place. My challenge is how to solve the issue of ‘flow.’ There is no psychological separation in an open space, [which] enables you to keep an eye on kids, traffic, conversation…. You get involved in the rhythm of peoples’ lives. I love what I am doing. I always end up getting attached to the people.”

The 2011 Showhouse was presented by Traditional Home magazine. More than 450 guests attended the opening gala party, which ran until after dark. I was told that by the end of the summer, more than 7,000 visitors will have gawked at the Showhouse’s spectacularly designed rooms.

“Love, Loss and What I Wore”: A Closet Full of Insight and Humor

Why did it take me so long to see the delightful, delicious, alternately poignant and sidesplitting off-Broadway play “Love, Loss and What I Wore,” by sisters Nora and Delia Ephron? Based on the book by, and drawings of, Ilene Beckerman, this showcase of love-kvetch relationships between mothers and daughters had the almost all-female audience laughing and nodding in recognition. You might call it a “closet” play — because all the stories revolve around clothing, accessories and the memories they trigger. 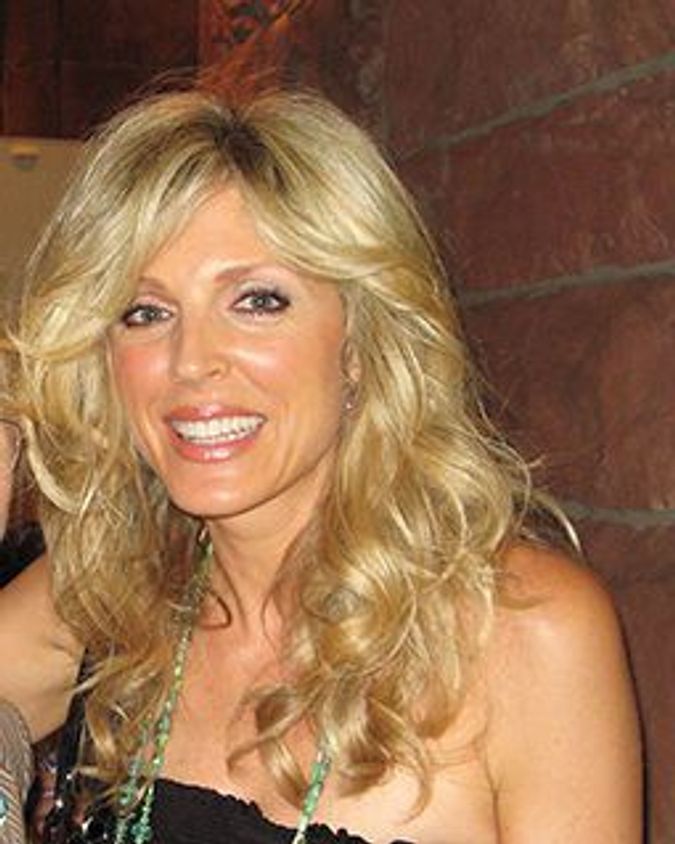 Marla Maples portrays one of the five women in the current production. Image by Karen Leon

The play has had rotating casts since its October 2009 opening (it won a 2010 Drama Desk Award), Marla Maples portrays one of the five women in the current production. Maples who was the catalyst for getting me to the Westside Theatre, on 43rd Street, where she shares the stage with Alison Fraser, Anita Gillette, Aisha de Haas and Zuzanna Szadkowski Why Marla? Thereby hangs a tale.

Those hated outfits your mother bought for you; oft-heard phrases such as, “Never wear white after Labor Day” “Never wear velvet before Rosh Hashana” and “Nice Jewish girls don’t get their ears pierced.” All this is intermingled with bits of universal motherly wisdom and mother-daughter angst. The segment labeled “The Closet” had the audience in stitches (pun intended). The cast functions like a well-oiled machine, seamlessly inveigling the audience into sharing the characters’ life trajectory while interfacing with such side-splitters as a segment one of the women introduced as “The Bra” — its ups and downs — and a vignette about showing the wedding dress to the rabbi.

As for Maples, I first met her in June 1990 in Las Vegas, at the American Booksellers Association’s convention, when Random House, publisher of his book “Surviving at the Top, ” was feting Donald Trump. I spotted Maples at a boutique at The Mirage where I went to buy a hat to survive the 107° heat. Per her request, my daughter Karen (the photographer for this column) did not take a photo of her. We met again, at Cindy Adams’s December 1990 bash for her husband Joey Adam’s 80th birthday, where Trump thanked Karen for not taking the photo. And then we met yet again, at the August 3, 1992, opening night and after-party for “The Will Rogers Follies,” in which Maples starred. I was also at the Plaza for her December 20, 1993, wedding to Trump.

I plan on revisiting “What I Wore” no matter who is in the cast. It’s a hoot.