To Kvell or To Kvetch: Cruise Cameo Has Critics Quibbling 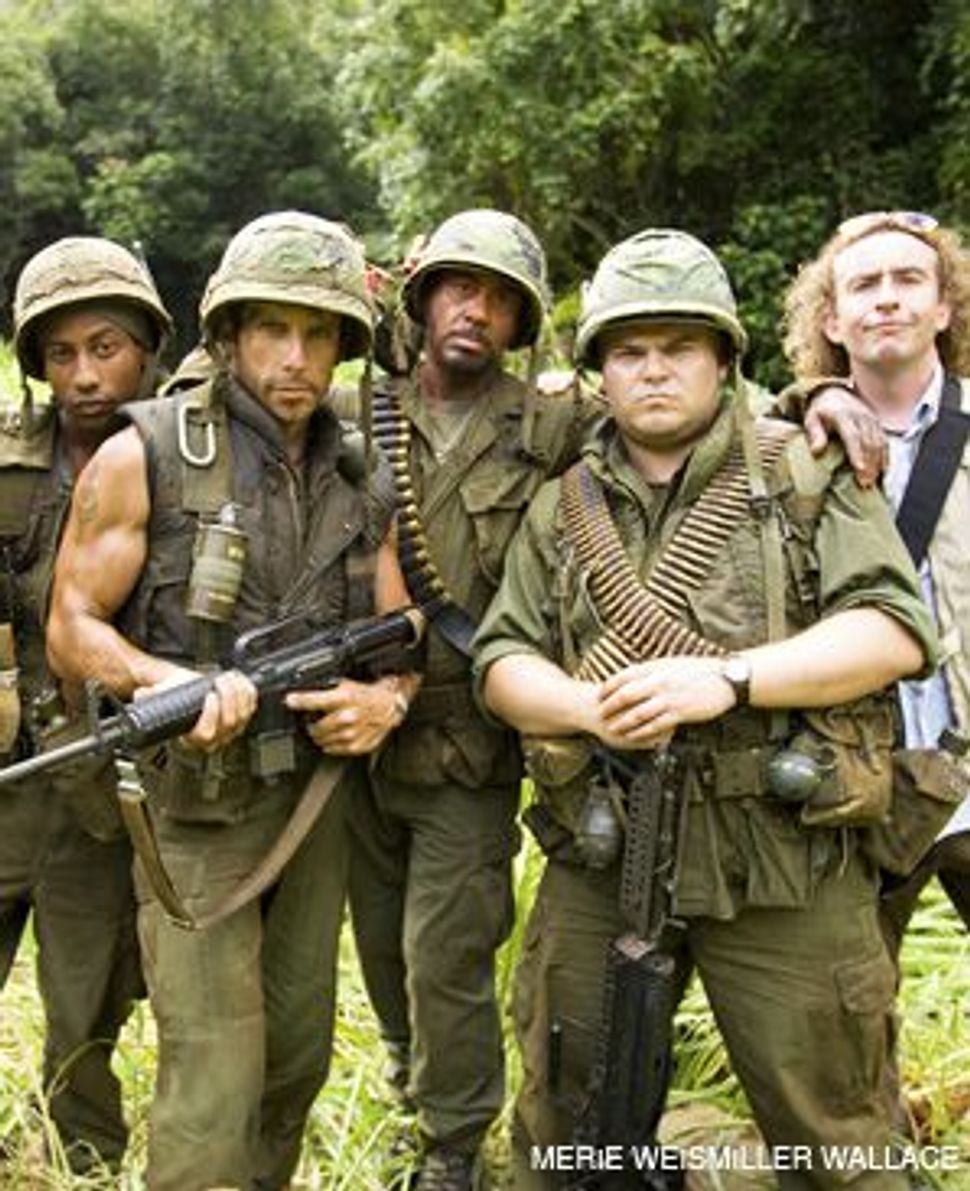 IN POOR TASTE? Ben Stiller?s summer blockbuster hit ?Tropic Thunder? has something to offend almost everyone.

“Tropic Thunder” — this summer’s Ben Stiller-directed hit about a motley crew of mega-stars who get more than they bargained for when they enlist in a big-budget Vietnam War flick — has offended its way to box-office success. Robert Downey Jr. spends most of the film in blackface, and the movie’s portrayal of the mentally disabled has drawn pickets. Jews aren’t spared, either — or at least not Jews of the obnoxious Hollywood mogul variety. 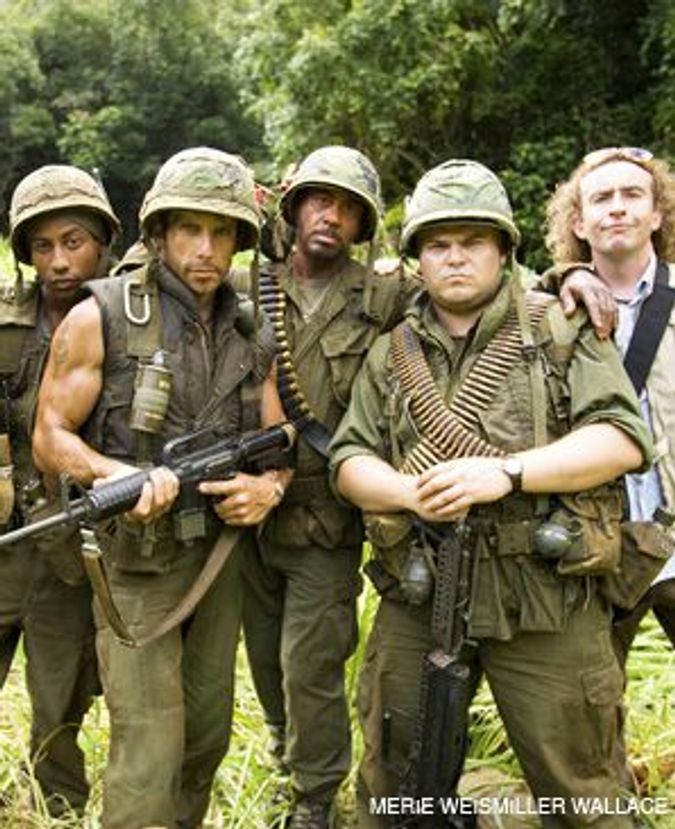 IN POOR TASTE? Ben Stiller?s summer blockbuster hit ?Tropic Thunder? has something to offend almost everyone.

A heavily made-up Tom Cruise offers up a tour de force performance as an unscrupulous, megalomaniacal, profanity-spewing movie producer named Les Grossman. Entertainment Weekly opined that the role “could prove to be the best thing to happen to Cruise” since his Oscar-nominated turn in “Magnolia.”

The critics, however, weren’t all equally tickled by the Grossman character.

New York Times film reviewer Manohla Dargis called Cruise’s character “noxious” and wrote that the movie’s use of blackface is “much softer… compared with the rather more vulgar and far less loving exploitation of what you might call Jewface.”

“Heavily and heavy-handedly coded as Jewish, the character is murderous, repellent and fascinating, a grotesque from his swollen fingers to the heavy gold dollar sign nestled on his yeti-furred chest,” she wrote.

Slate’s Dana Stevens, however, cut the film more slack: “Maybe it’s because Stiller himself is Jewish, or maybe it’s just that Tom Cruise was so unexpectedly hilarious in that role, but that one rolled right off my back.”

Meanwhile, Seattle Weekly’s Brian Miller insisted that Grossman isn’t “an anti-Semitic stereotype at all — there are no Yiddish or Hebrew tokens; Grossman simply worships money, power, and (again) control.” Yep, no antisemitic stereotypes there — and, actually, The Shmooze went to see “Tropic Thunder,” and the Grossman character does, in fact, make passing reference to the Jewish holiday of Purim. (The Shmooze can also report that Cruise is, indeed, “unexpectedly hilarious.”)

Cruise’s next role, hopefully, will have less potential for offending Jewish sensibilities: In the forthcoming World War II film “Valkyrie,” his character plots to assassinate Hitler.

To Kvell or To Kvetch: Cruise Cameo Has Critics Quibbling