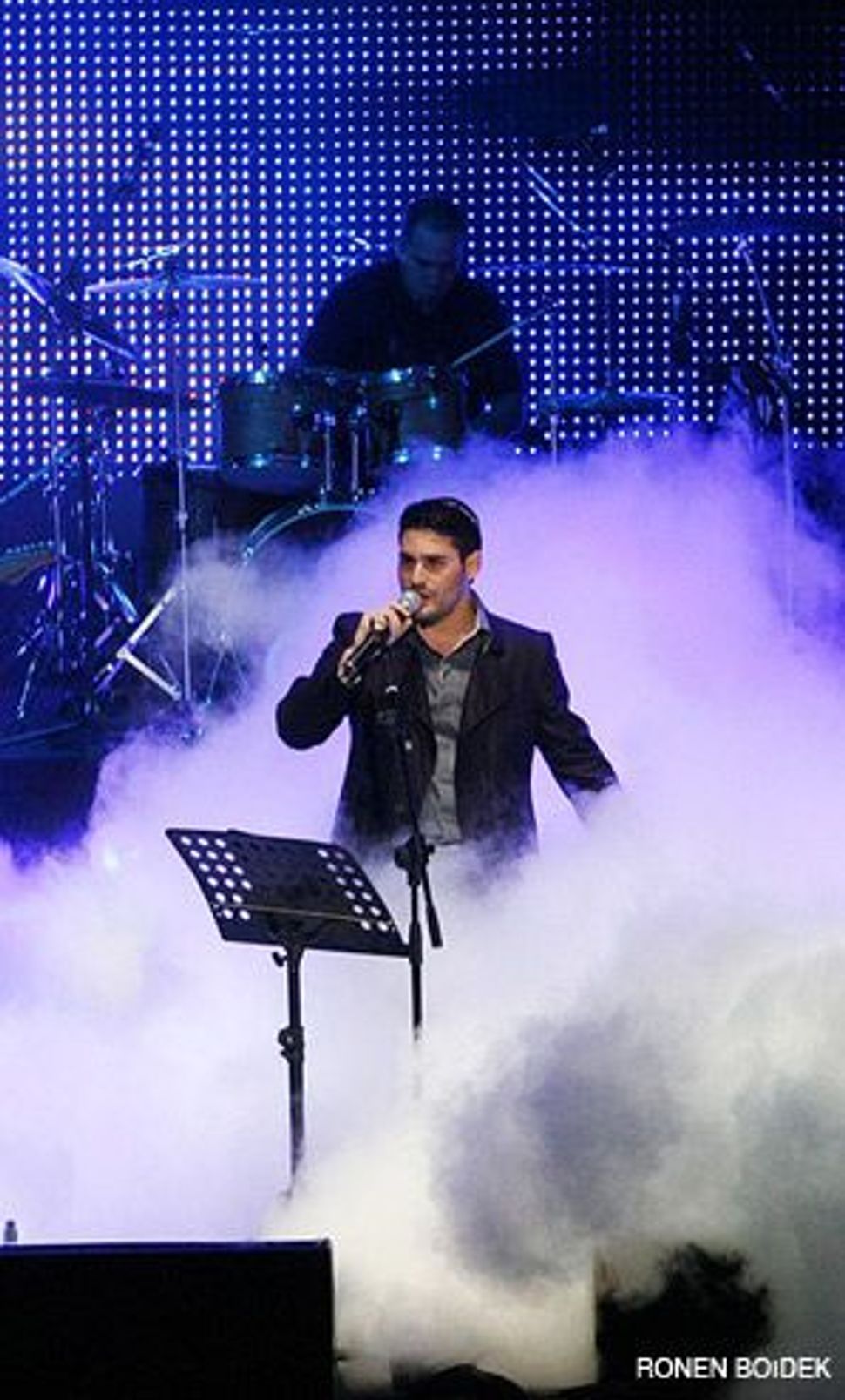 There was no sex or drugs, but there was rock ’n’ roll. Of a sort, anyway. 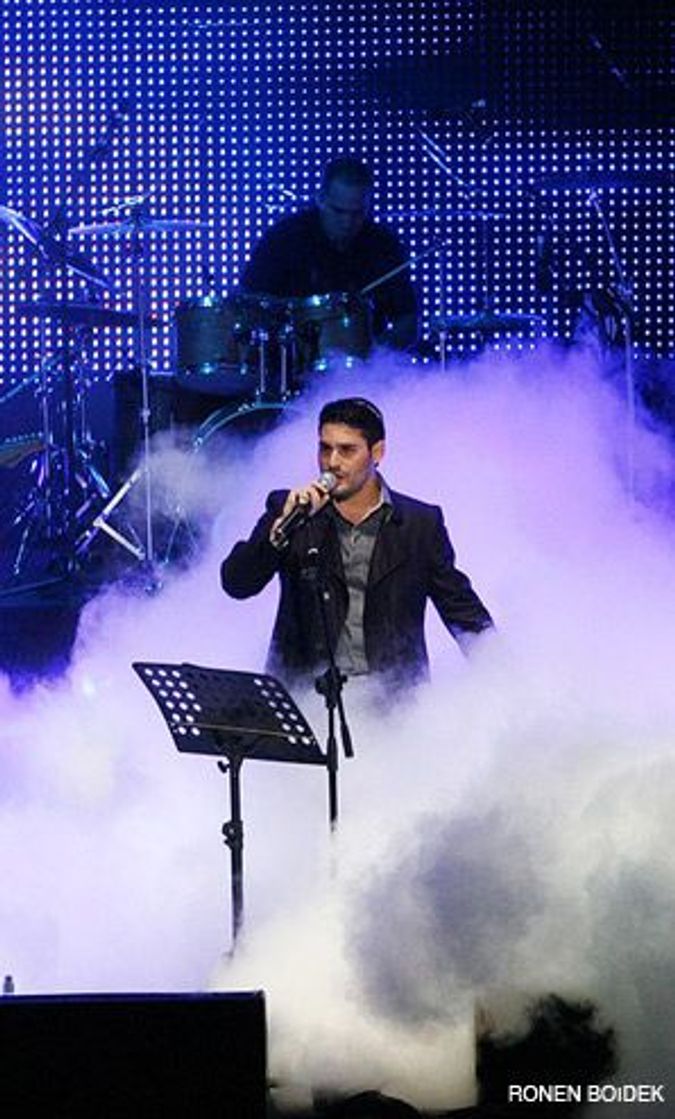 Tzitzit and a black yarmulke were just part of the spectacle August 26 as Gad Elbaz, a 26-year-old from near Tel Aviv, became the first Haredi singer to perform at Israel’s Caesarea Amphitheater, a space unofficially reserved for the very top tier of the country’s musical elite. Though not Israel’s largest concert venue, the outdoor amphitheater has come to serve as a rough equivalent of New York City’s Madison Square Garden or Carnegie Hall, certifying an artist appearing there as among the country’s most respected and popular performers — or, in the case of Elbaz, as part of the cultural mainstream.

That, in any case, was the organizers’ hope before the show, which featured special lighting effects and small-scale pyrotechnics, as well as a seating scheme intended to separate male and female audience members for reasons of modesty. Elbaz — who favors dark-collared shirts, and lyrics that touch on Jewish history and spirituality — had previously drawn his following primarily among the country’s Haredi youth, but succeeded in generating a large wave of TV and print media coverage before and after the show. Channel 24, Israel’s version of MTV, will broadcast the concert September 18.

Elbaz’s combined secular/religious outreach strategy produced mixed results in Caesarea, with the concert managing to fill roughly two-thirds of the amphitheater’s seats. Despite the singer’s well-documented prayers at the Western Wall the day of the show, promoters likely suffered a “large financial loss,” according to the news Web site YNet.

But the setback has not stopped Elbaz’s efforts to expand his audience. The singer is currently at work on his next album, which will feature songs in Spanish and in English.