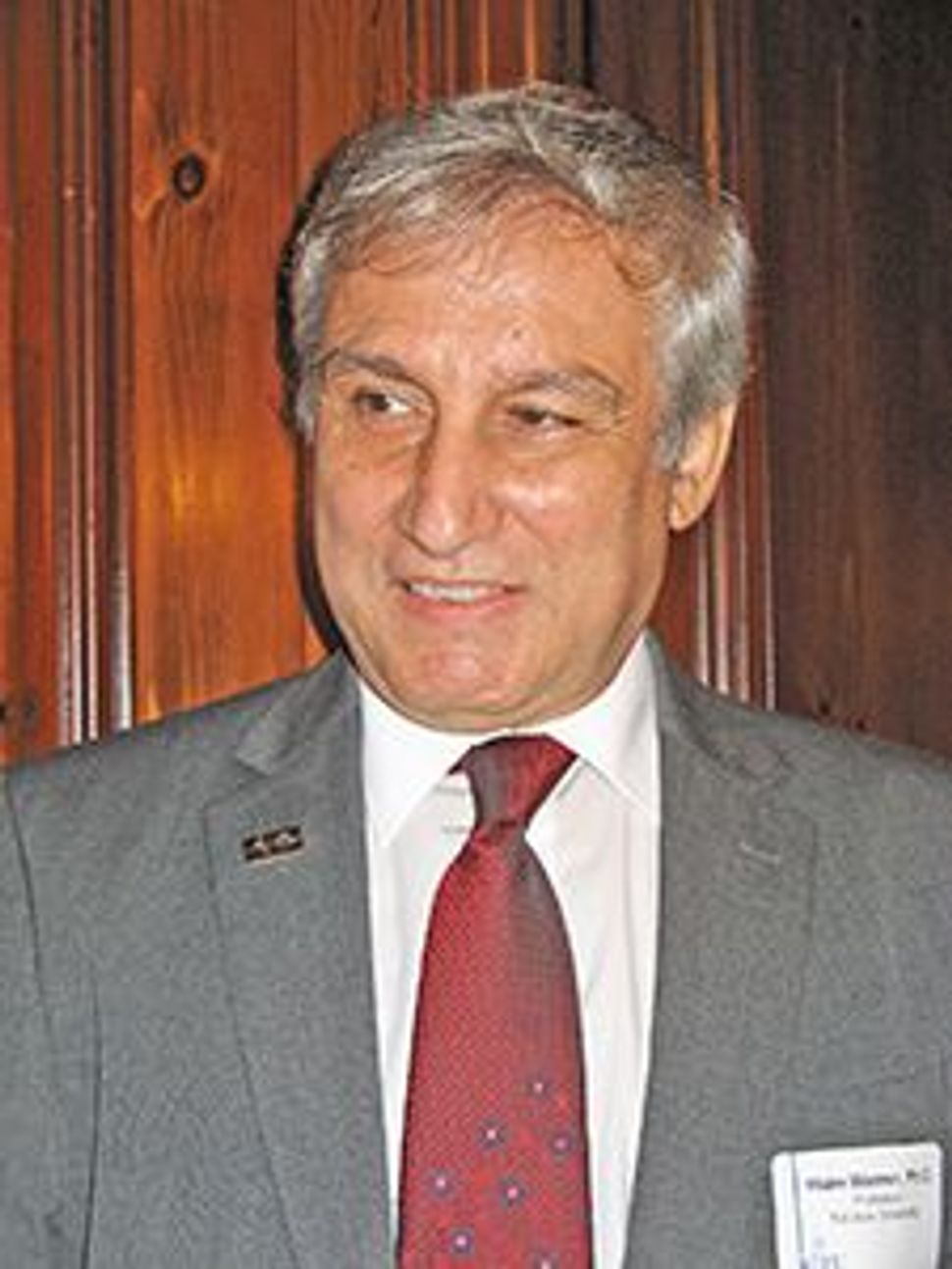 At the Israel Cancer Research Fund luncheon, held August 10 at The Yale Club of New York City, ICRF-funded scientist Haim Werner gave a presentation on his research specialty: the connection among hormones, obesity and cancer. At the heart of his address was a discussion of what is now known as Laron-type dwarfism. 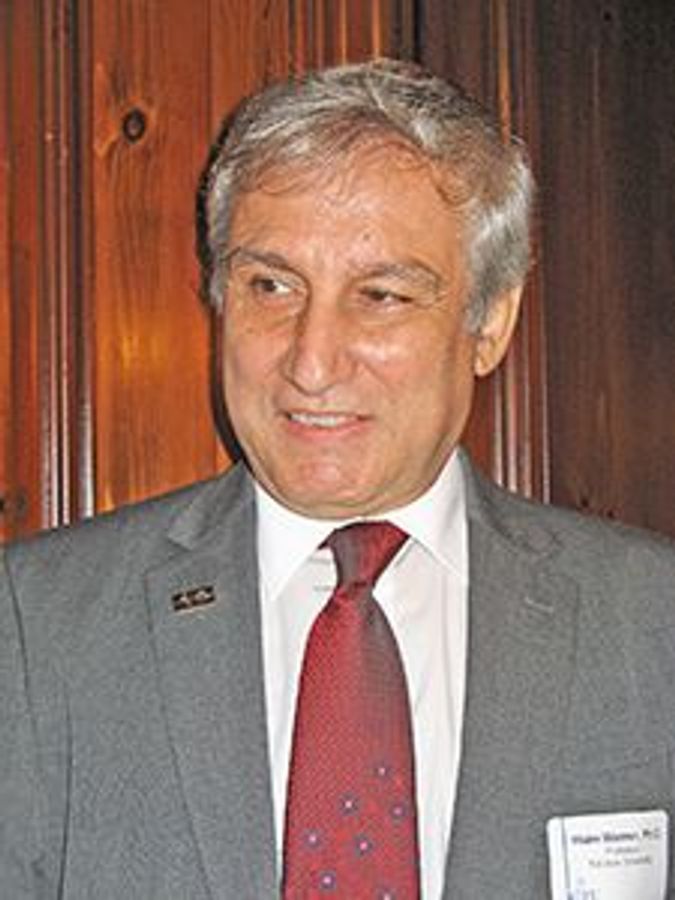 “As a young pediatric endocrinologist in the 1950s, Dr. Zvi Laron saw a brother and sister from Yemen who wore doll’s size shoes because their feet were so tiny,” Werner said. “He had never seen anything like it.” Werner went on to explain that in Ecuador there is a cluster of 80 Laron sufferers — descendants of Maranos (Spain’s secret Jews) who fled the Spanish Inquisition — and that Israel is home to some 70 sufferers of the disease (largely Jews from Iraq, Iran, and Yemen, as well as Arabs and Palestinians.)

The curious thing, Werner explained, is that “there is not a single case of cancer among the 400 to 500 worldwide patients with the Laron syndrome — one of two diseases named after Israelis. Statistically, one would expect 10% to 15% of the population to have a cancer profile.” Werner continued, “We are now working to understand what secret these people have that protects them from cancer.”

Werner touted ICRF as one of the most important players in Israel cancer research. “Thanks to research during the past 25 years,” he said, “we can now cure 70 to 80% of children with leukemia — a once 100% fatal disease.”

During lunch, Werner told me: “ My mother was born in Argentina. My father came from Poland in 1924. I grew up in a Zionist home…. My wife, Perla, was also born in Argentina and is doing research on Alzheimer’s.” Werner, who received his doctorate from the Weizmann Institute in Rehovot and worked for the National Institutes of Health during his sojourn in the United States, told the guests: “In 1996 our son went back to Israel to serve in the army. Our daughter also returned to serve…. Our place is now back home, in Israel.”

On June 3, 2002, at the Plaza, Art Spiegelman, author of “Maus” (Pantheon Books, 1986), presented Will Eisner with the Foundation for Jewish Culture’s Lifetime Achievement Award. The then 85-year-old Eisner, whom Spiegelman described as “one of the most influential creators in the history of the comic books,” reacted with: “Oh my God — so soon!” Eisner died January 3, 2005, at 87.

On August 4, Eisner’s life and work attracted a standing room only crowd to the Museum of Comic and Cartoon Art, known by the special acronym MoCCA, for the panel discussion “Will Eisner’s Evolution: From ‘The Spirit’ to ‘A Contract With God’ and Beyond.” The panel was moderated by Danny Fingeroth, longtime group editor and writer for Marvel Comics, and MoCCA’s senior vice president and co-curator (with Denis Kitchen) of the exhibit “Will Eisner’s New York: From The Spirit to the Modern Graphic Novel.” MoCCA’s chairman and president, Ellen Abramowitz, introduced the panelists, Denny O’Neil, David Hajdu and N.C. Christopher Couch, who were asked to discuss a question initially posed by Fingeroth: “Why and how did the guy who invented and conquered entertainment comics and then spent 25 successful years creating educational comics reinvent himself, the medium of sequential art, and the comics industry itself through his innovation in the literary and autobiographical graphic novel and his endless advocacy for comics as an art form?”

Said Hajdu, a music critic for The New Republic and a professor at the Columbia University Graduate School of Journalism, had interviewed Eisner and wrote about him at length for The New York Review of Books: “Will was a visionary. He transformed comics from within…. Comics were seen as a cheap art form — embarrassing. ‘I see something else…. I planned to spend my life in comics,’ Eisner said. ‘I knew this is what I wanted to do.’”

Described in the program as “one of comics’ most acclaimed writers, [who] brought social consciousness to the Green Lantern/Green Arrow series, “and as “writer and editor on ‘Batman,” O’Neil mused: “Will knew he was going to make a living. Eisner and Mark Twain both wanted to be entrepreneurs and failed. Will decided to practice his art and make money.” Couch, co-author, with Stephen Weiner, of “The Will Eisner Companion: The Pioneering Spirit of the Father of the Graphic Novel” and, with Peter Myer, of “Will Eisner: A Retrospective, said, “ I met a lot of smart people in academia.” Apropos Eisner’s “Contract With God” he said: “Will thought like a scholar. He understood that if you presented comics as a novel — put out a graphic novella — it could be sold in the bookstores. A first!”

“He was a professional who was an artist,” Fingeroth said. “And he was considerate,” interjected Hajdu, who added: “He was strangely insecure. Desperate to prove himself, to be accepted…. He was restless, a creative spirit, a working-class kid who learned by doing.” O’Neil sat up and said, with a smile, “What a comfort to me that Will Eisner was insecure!” Couch interjected: “During the Red Scare, 600 comic book people went out of business. It was scary.” O’Neil added, “With ‘Contract With God,’ Eisner knew he would eat… put the kids through college. He was financially comfortable.” Then he said, “Did you know that Will’s father was a painter for the Yiddish theater?” Hajdu noted, “In ‘A Contract With God’ (W.W. Norton, 2005), you hear the Yiddish accents and inflections…. His were doctrinaire comics, chronicles of Jewish life in the first half of the 20th century. Like a bespoke book, [‘Contract’] contains references to popular fiction…. The comics creators were widely read and educated. Reading was the common denominator of the blue-collar class. In the 1920s, 1930s, they read deMaupassant, Dreiser… went to the City College of New York and brought cultural element into their comics…. They were cartoonists, but they balanced reality and imagination.” O’Neil interjected: “Popular culture then was high culture… Eisner’s was the best visual narrative [with] impeccable art. When asked to define himself, Will’s answer was: ‘I am a storyteller, a writer. ‘”