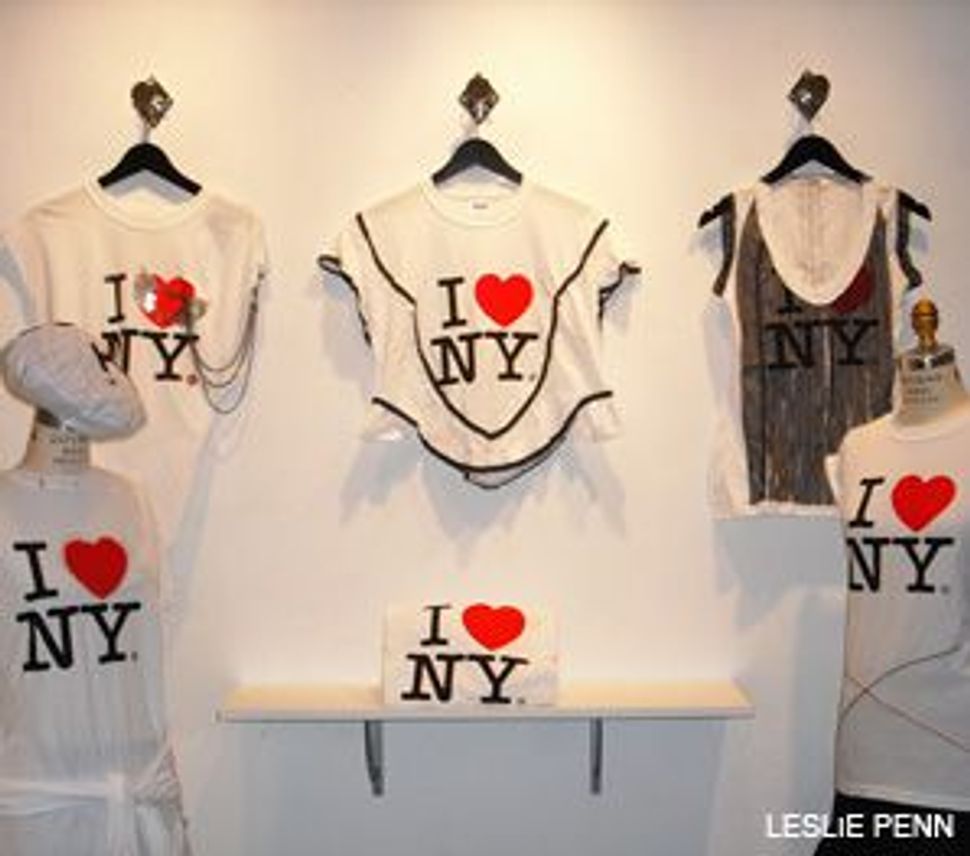 DRESS YOU UP: I Love New York T-shirts that were re-imagined by Israeli designers are up for sale at a boutique in Manhattan.

Souvenir T-shirts are getting a major makeover this month in downtown Manhattan. Rosebud, a clothing boutique in the city’s Soho neighborhood, will be selling I Love New York cotton tees that have been re-imagined into fashiony pieces by Israeli designers. The stylish project is the brainchild of the store’s owner, Fern Penn, who packed four dozen shirts in her suitcase and took them with her on a recent trip to Israel. When Penn arrived in Tel Aviv, she called on 12 designers to use their imaginations to dress up the duds. 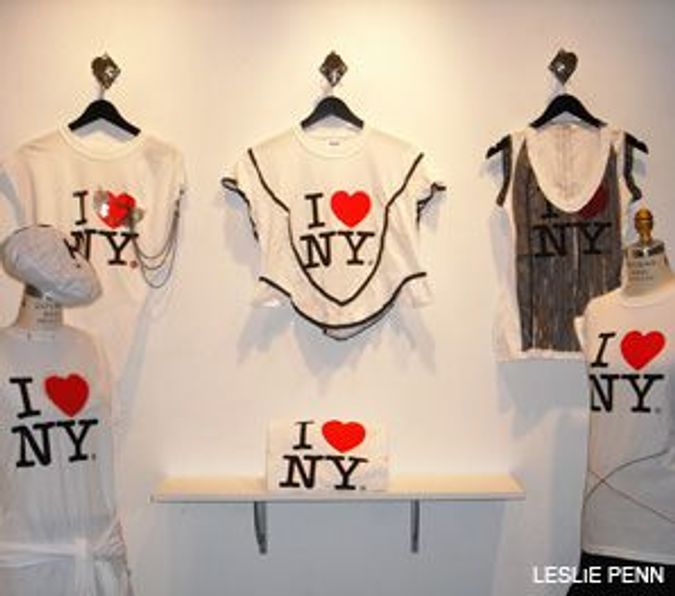 DRESS YOU UP: I Love New York T-shirts that were re-imagined by Israeli designers are up for sale at a boutique in Manhattan.

“No one ever made the I Love New York T-shirt as a fashionista item, and I thought, this is a no-brainer because these will sell,” Penn told The Shmooze. “They’re adorable,” she added, noting that one designer sewed together two shirts to create a dress and another made a tee into a beret.

Rosebud, a sleek shop on Thompson Street co-owned by Penn and her husband, Leslie, sells clothing, jewelry and accessories that are designed and made in Israel. The T-shirts, which will be featured in an exhibit in the store during the month of October, will cost $100 each. All the proceeds will be donated to the Shenkar College of Engineering and Design in Ramat Gan, Israel, and to the organization Elem/Youth in Distress in Israel.