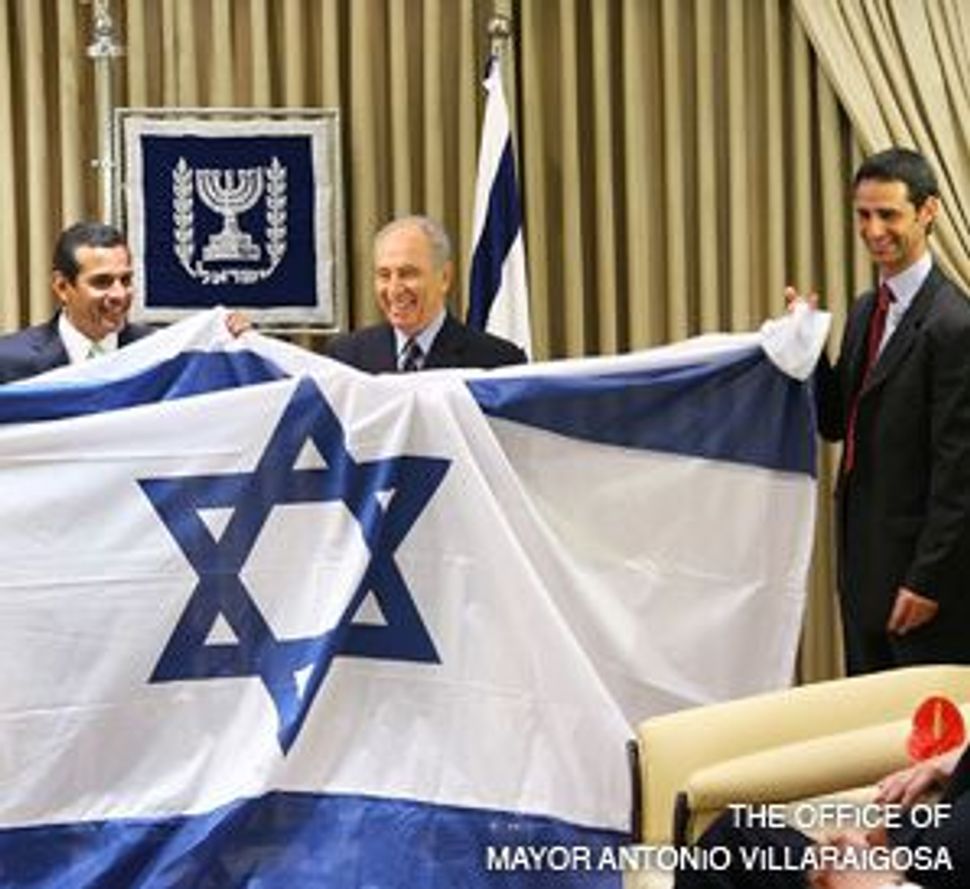 A ceremony outside Israel’s diplomatic headquarters in Southern California will literally stop traffic on the day before Rosh Hashanah. 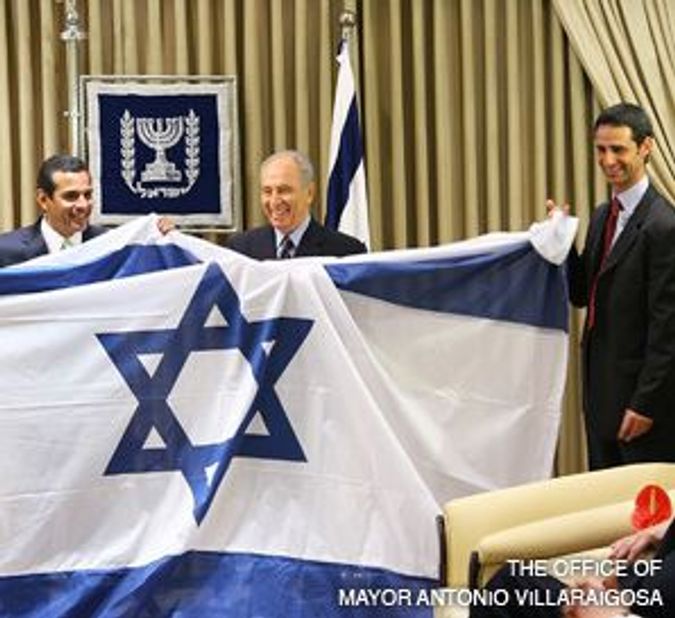 In a first-of-its-kind celebration in North America, Israel’s Los Angeles consulate will raise the country’s blue-and-white flag outside its Wilshire Boulevard office September 28, shutting down two blocks of the famous thoroughfare as part of a celebration featuring L.A.’s mayor, Antonio R. Villaraigosa; representatives of California Governor Arnold Schwarzenegger, and a performance by Grammy-winning singer Macy Gray. The celebration will mark the first time the flag will stand outside an Israeli consulate in North America, said Yaakov Dayan, the country’s consul general in L.A.

“When I came [to the Los Angeles consulate] less than a year ago, one of the first questions I received was, ‘Why don’t we have a flag outside?’” Dayan said. “I decided there’s no better year than Israel’s 60th anniversary to raise the flag. Once we received all the permits, we decided to have a huge community event.”

In addition to the Los Angeles Jewish Symphony and students from the city’s Jewish day schools, participants in the ceremony will include representatives of L.A.’s Latino community and of Mormon and evangelical churches, and officials from dozens of other consulates in L.A.

Villaraigosa, who, according to Dayan, will help host the event, received the new flag earlier this year from Israeli President Shimon Peres, who presented it to Villaraigosa during the mayor’s trip to Israel in June.

Rising alongside the Star of David will be a state flag delivered by California National Guard members who are dispatched by Schwarzenegger, and an American flag previously flown at the U.S. Capitol building and brought to the event by California Rep. Howard Berman. Gray, the rhythm and blues vocalist who is best known for her raspy voice and who won a Grammy in 2000 for her hit “I Try,” will sing America’s national anthem, a performance that follows her first-ever concert in Tel Aviv earlier this year. “She’s volunteering her time,” Dayan said. “It’s greatly appreciated.”

Israel’s flag flies inside the country’s embassy compound in Washington, D.C., and can be viewed from the 12th-floor offices of the country’s consulate in New York City. The L.A. consulate will be the first of Israel’s 14 North American outposts marked with a flag in an open space, Dayan said.