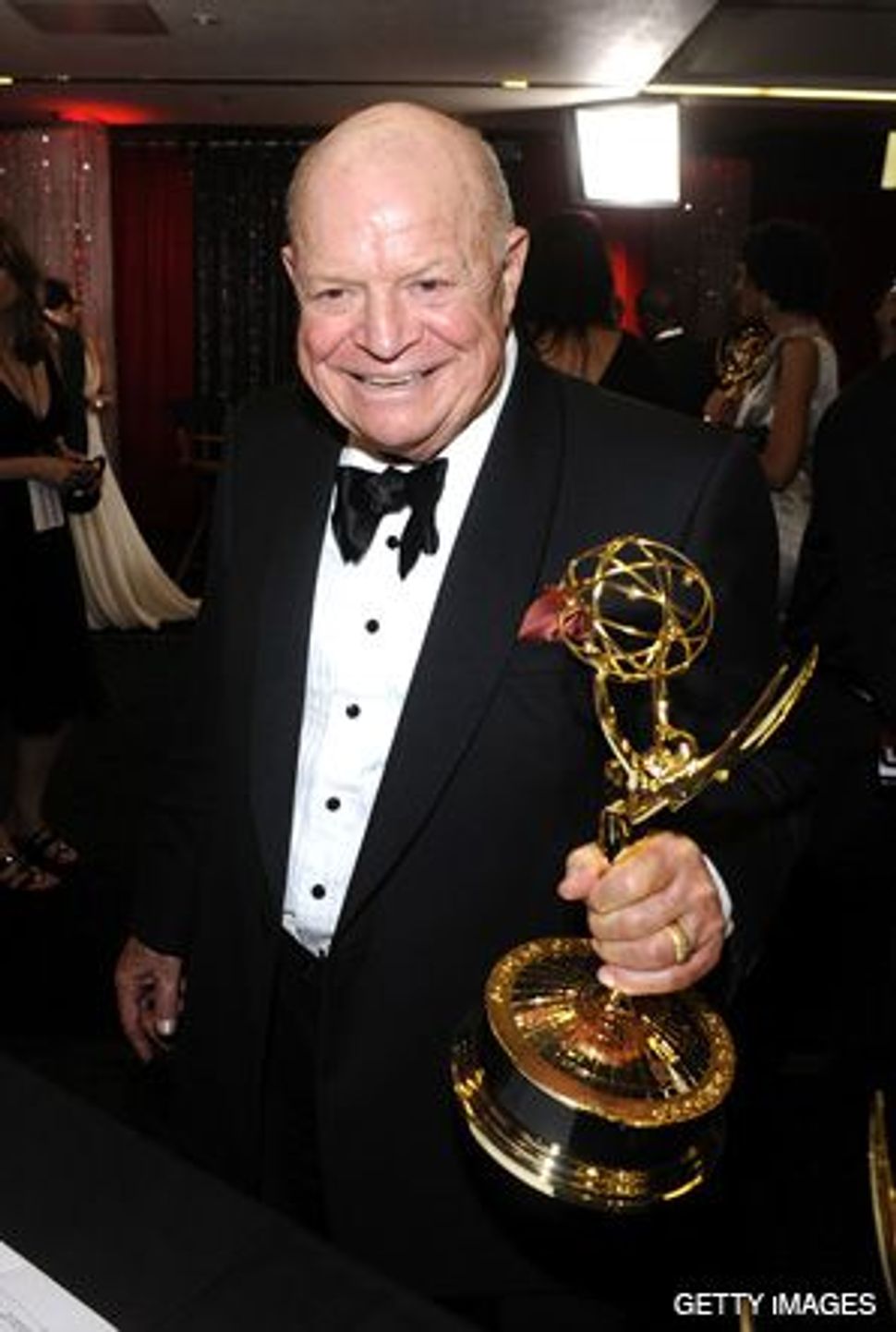 Don Rickles is on a roll. 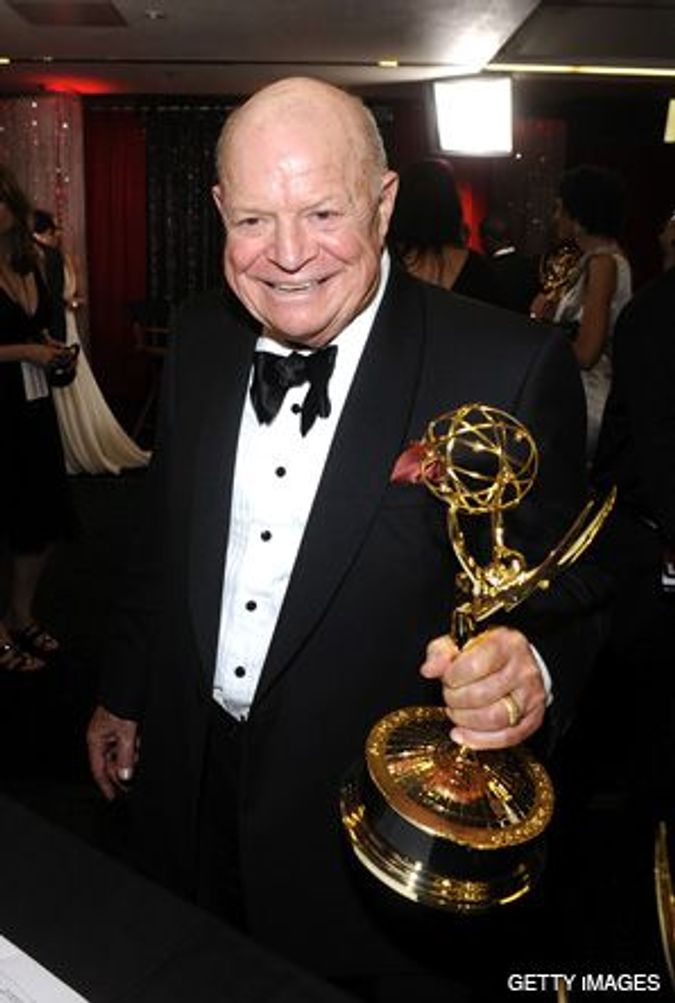 The famed insult comedian now has an Emmy to his name. He earned his statuette in the category of outstanding individual performance in a variety or music program for the documentary “Mr. Warmth: The Don Rickles Project,” which is, of course, about him.

“It’s a mistake,” the octogenarian funnyman explained on Emmy night. “I’ve been in the business 55 years, and the biggest award I got was an ashtray from the Friar’s in New York.”

He shouldn’t have been too surprised, though. The crowd at the Emmys clearly adored him, giving him a standing ovation when he appeared onstage earlier as a presenter. “Why did they stand?” he asked. “Was it a Jewish holiday?”

His Emmy follows on the heels of his hit book, titled “Rickles’ Book,” which came out last year and was, of course, about him. (The Shmooze is starting to see a pattern here.)

“Five weeks on the New York Times best seller list was quite a treat for me,” Rickles told Atlantic City Weekly. “I call myself the Jewish Mark Twain. I never wrote anything in my life.”

What’s next for Mr. Warmth? The Shmooze has a suggestion: How about “Don Rickles: The Musical”? You listening, Rickles? The Shmooze bets you’d win a Tony.