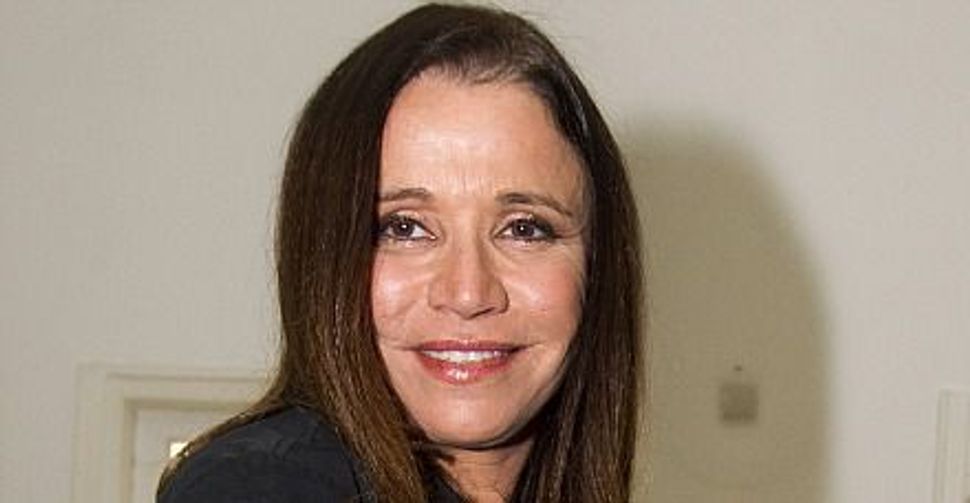 At 15, Shelly Yachimovich was expelled from school for hanging up posters denouncing the principal’s style of leadership. As the newly elected head of Israel’s Labor Party, it’s now her leadership style that is under scrutiny — and she’s up against far more than posters. 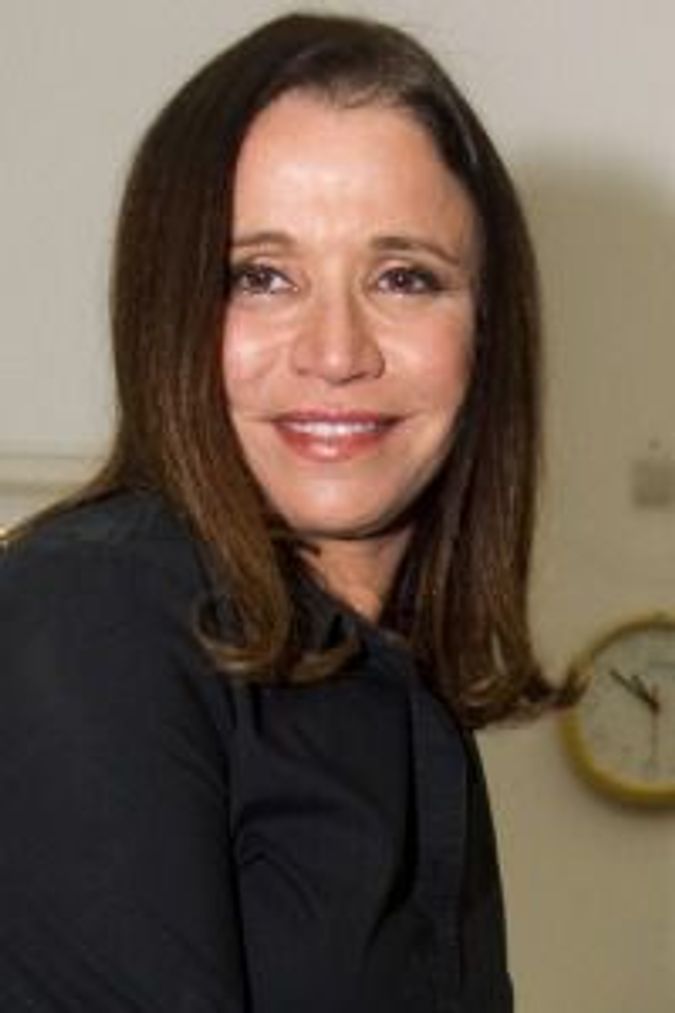 Her campaign for the party primary September 21 was marred by a string of attacks in the national media about her personality, which most memorably saw Haaretz’s economic affairs correspondent, Nehemia Shtrasler, declare that “good interpersonal relations, teamwork and telling the truth are basic requirements for political leadership, and she simply doesn’t meet any of them.”

Yachimovich, 51, was propelled to her position by thousands of Labor’s younger members who, buoyed by the summer-long cost-of-living protests, see her as the politician who can bring social change to Israel. With Labor holding just eight of the Knesset’s 120 seats, they are confident that she can revive the party from this all-time low. Older members, for their part, tended to support her opponent, Amir Peretz, former defense minister and former trade union leader.

Yet while her political creed is well known — namely, social democracy, bolstering the welfare state, and dovish foreign policy — confusion surrounds what kind of person she is and, by extension, what kind of leader she will prove to be.

“It’s almost dumbfounding how you keep reading that she’s obnoxious and no one likes her, while on the other hand there are so many people supporting her, and she has managed to work across the Knesset to pass 36 laws,” said Ono Academic College researcher Amir Paz-Fuchs, an expert on Israel’s social activists.

Yachimovich’s rise was meteoric in a party where every leader to date has a background in the military or trade unions. She has neither. And she is certainly a change from her predecessor, Ehud Barak, who left the party in January. He is known for having an extravagant lifestyle, exemplified by the $2.5 million apartment he owns in north Tel Aviv, while she is said to live in a modest apartment in the southern — more working-class — side of the city, often traveling by bicycle and enjoying such simple pleasures as running. Indeed, she made her name in the media by criticizing the business elite to which Barak was close.

When Yachimovich joined Labor in 2005 so that she could stand for the Knesset in the 2006 election — ironically recruited by her rival in the primary, Peretz — she was one of Israel’s best-known media personalities.

She was famous for her reporting and presenting on Kol Israel radio, Channel 2 television and other outlets. On occasion her broadcasts set the national agenda: In the late 1990s she reported on the situation in Southern Lebanon and strongly advocated for an end to Israel’s occupation there, spurring, many believe, the withdrawal in 2000. Yachimovich’s website states proudly that she “promoted topics she regarded as important, without portraying a facade of objectivity.”

Her critics believe that despite her move to party politics, she is still the broadcaster — setting out her ideas for others to consume, but lacking the ability to dialogue that is necessary for leadership. “She knows how to talk alone to her audience, but not to have a discourse,” said Moshe Karif, lecturer in communications at Bar-Ilan University.

It is Karif who sparked the debate about Yachimovich’s personality a year and a half ago, writing an article in Maariv titled, “The Princess and the Pea.” A veteran left-wing activist, he organized a conference in the city of Yokneam to address social issues. Yachimovich was slated to speak, but she canceled the day before, after learning that she was to share the stage with Kadima lawmaker Shlomo Molla, Yokneam Mayor Simon Alfasi and an educator. “It suddenly became clear that honors and control of the stage were the focus of her interest,” Karif wrote.

Discussing Yachimovich’s elevation to party leader, Karif told the Forward, “I think she has a lot of problems in her attitudes to people.”

Last January, Shtrasler, her colleague at Channel 2, went public with his opinions on Yachimovich. Referencing Karif’s article, he declared that “the princess has grown up and become a queen.” He had attended a discussion at the Interdisciplinary Center in Herzliya about executive salaries, at which Yachimovich refused to give her talk until the event’s other five speakers left the stage. “Where does this haughtiness, this arrogance, this chutzpah come from?” Shtrasler asked. Yachimovich wrote a response in Haaretz accusing him of publishing “baseless gossip” and “inventing a story that never happened.” Shtrasler wrote a second column, even more biting, standing by his version of events

In contrast to Shtrasler’s assessment, associates and other former colleagues say that Yachimovich is assertive, but only as much as one would expect of any politician. They also say that she manages relationships well. “They try to picture her in the newspaper as arrogant, but she’s not,” said one of her closest friends, Yuval Elbasen, who works in the not-for-profit sector.

Elbasen said that Yachimovich is “a good listener” and gracious hostess whose Tel Aviv home is often full of friends and acquaintances. “She is the Polish mother,” he said, using the Israeli term for the stereotypical Jewish mother and speaking of her dedication to her daughter, Rama, and son, Gil, who are in high school and the army, respectively. Even relations with her ex-husband, Noam Ziv, are pleasant — so much so that her forthcoming book, “Us,” is dedicated to him.

Eran Golan, an attorney for Worker’s Hotline, a not-for-profit that defends employees’ rights, has dealt with her professionally for five years and found her “warm, caring and not snobbish or rude.”

He admits that she can be abrasive on occasion — but this is with justification and “always with people with power.” With the general public she is down to earth and helpful. For example, she brought him a pay slip from the security guard at her daughter’s school to make sure the guard wasn’t paying too much in taxes. While she has strong opinions, she knows how to judge situations and “make the right compromises,” Golan said.

In August she attracted widespread criticism on the left for telling a Haaretz interviewer that in its early days, settlement building was “a completely consensual move.” She said that she does not view it “as a sin and a crime” and thinks the suggestion that ending funding for settlements would mean more money for education has “no connection to reality.”

Shortly before the interview, Elbasen advised her to steer clear of these subjects and stick to the socioeconomic sphere in which she built her reputation. He recalls telling her, “You’ll commit suicide if you do it.” He said: “She thought about it, and the next day said: ‘It’s not okay, because I don’t want anyone to say I wasn’t honest. I would rather lose the [leadership] elections than not say something that is true.”

In a similar vein, Shalom Kital, the man who discovered her as a broadcasting talent, says that she has a “very honest, no bullshit” approach to everything. He cites the fact that she refused, after the 2009 election, to follow Barak into the right-wing coalition, despite the lure of an industry and commerce Cabinet portfolio — “a dream for her.”

Kital met her 25 years ago, when she was a behavioral science student at Ben-Gurion University and A writer for the newspaper Al HaMishmar and he was head of news at the Kol Israel radio station. “I was impressed from the first minute at this intelligent lady, with her firm advocacy for the welfare state and feminism,” he recalled. Kital gave her a job at Kol Israel, where she made her name as the presenter of the popular show “It’s All Talk,” and in 2000 she followed him to Channel 2.

In contrast to the portrayal as “princess” or “queen,” Kital insists that there are no airs or graces with Yachimovich “She’s very informal,” he said.

To some of Yachimovich’s friends, the criticism of her personality is explained in one word: “chauvinism.” Elbasen said: “For chauvinist people, with a strong woman it’s easiest to present them as the devil. Things they say about her they would never say about a man.”

And this theory isn’t limited to Yachimovich’s circles. Rina Bar-Tal, chair of the Israel Women’s Network, said that her confidence “has rubbed some people the wrong way because it doesn’t fit or fall into the model of female behavior they expect.”

Galia Golan, political scientist at the Interdisciplinary Center, agreed, saying: “There’s a tendency with women politicians to say they’re strident or stubborn. It’s something that you don’t hear with regard to men, but I?? heard it related to [former Meretz politician] Shulamit Aloni, [late Labor leader and prime minister] Golda Meir and with Yachimovich.”

Speaking to the Forward, Shtrasler rejected this analysis as “ridiculous.” He said, “Everyone who knows me knows that I criticize everybody.”