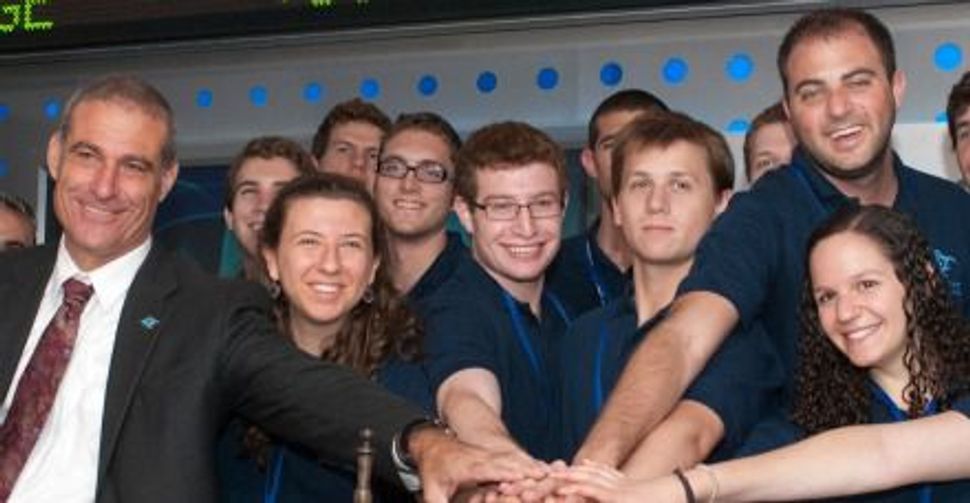 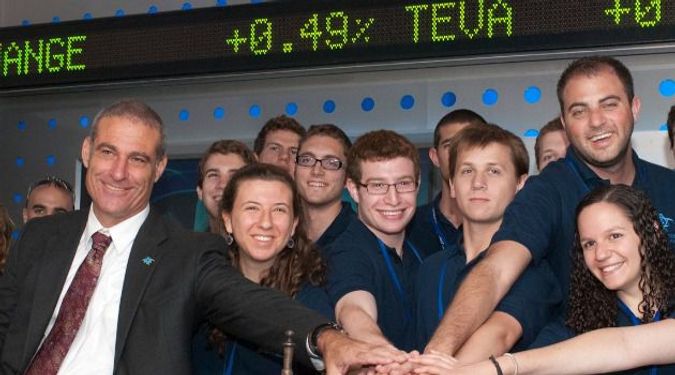 As the largest social protest in Israeli history engulfed the streets of Tel Aviv last summer, a small group of American Jewish students witnessed the commotion from a unique vantage point: the Israeli business world that was one of the protest’s broadly defined targets.

Twenty students spent the summer in Tel Aviv as part of a pilot program launched by Taglit-Birthright Israel, purveyor of free 10-day trips to the Holy Land. Called Birthright Israel Excel, the new program plugs a select group of students from elite American universities into 10-week internships at top Israeli companies. The goal is to foster a sense of pro-Israel philanthropy and support in the minds of these would-be entrepreneurs. But in the initiative’s inaugural year, the participants found themselves in the trenches of Israeli class warfare.

“It was completely unexpected,” said Rebecca Haft, a junior at Cornell University, who interned at Tnuva, the dairy company whose cottage cheese prices were the initial target of the so-called cost of living protests. “Once the cottage cheese boycott started, everything got a little hectic.”

Haft conducted market research at Tnuva just as the company’s customer base began to erode with the massive boycott, which called for a reduction in the price of the cheese. Though Haft wouldn’t share what she learned at Tnuva—she signed a nondisclosure agreement with the company — she said that the Tel Aviv social protests gave her a sense of the power of the Israeli consumer, especially after Tnuva cut the price of cottage cheese by 20% in June. On October 2, the company announced an additional 15% slash in the cost of yellow and white cheeses. “The cost of living protests in Israel won,” said Tnuva’s CEO, Arik Schor, according to Globes, an Israeli business publication.

“It’s a lesson in perseverance,” Haft reflected. “This is a company that has been around longer than the State of Israel, technically, and I was seeing them go through something that threatened their livelihood and continues to do so…. We learned that the customer comes first. This was a huge response to customer demands.”

While Birthright has been criticized for portraying a Disneyland version of Israel on its 10-day trips — one that oversimplifies the Palestinian-Israeli conflict — Birthright Excel participants said that their program encouraged them to consider the knotty social problems underlying the tent protests. Several participants visited the ad hoc tent cities on Tel Aviv’s Rothschild Boulevard with their Israeli counterparts in the program. The students also met with Stanley Fischer, governor of the Bank of Israel, and asked him about the timing and the outcome of the demonstrations.

“People were passionate about hearing about it on both sides,” said Benjamin Birnbaum, a Pennsylvania State University senior who interned at DSP Group, a provider of wireless hardware. “Everyone was talking about it. It was cool to hear Israelis so outspoken about issues that weren’t necessarily typical Israel issues, like land or rights for Palestinians. These were just real economic issues that affect everyone.”

The tent demonstrators spoke of a fundamentally inequitable society, in which a handful of wealthy families dominate the economy. Birthright Excel, with its focus on elite Israeli society, may have looked a tad out of step with these groups. But program leaders said that the Tel Aviv protests offered valuable lessons to the participants, even as those protests vilified the business world in which they were working.

“The one thing that came out of it is that you can be very successful in the business community but you also have to be socially responsible,” said Vered Fishbein, Birthright Excel’s director. “It was a very good thing that it happened during their stay here. It was exactly where we want them to be.”

But exposure to best business practices is just one rationale behind the Birthright Excel program. Like the 10-day trips for which Birthright is known, Birthright Excel is meant to foster a deep, life-long connection between young American Jews and the State of Israel. The brain child of major Birthright funder Michael Steinhardt, Birthright Excel goes one step further than the original program to simulate day-to-day life in the Tel Aviv business world for the American students. The goal is twofold: to encourage future business leaders to consider partnering with Israeli companies and to groom the next generation of Birthright donors.

“I am sure that [Birthright co-founder] Charles Bronfman has done a lot for the Jewish community in the States but also for Israel,” Fishbein said. “Hopefully, these kids will be there one day. Maybe they will be a Steinhardt or Bronfman, or another philanthropist in support of these causes.”

Chosen from a pool of nearly 3,000 applicants, the 20 students were placed in internships, lived in university dorms and took buses to work. Birthright paid for their transportation and housing costs — an amount it would not disclose to the Forward — while the students paid for food and additional travel.

When asked if he saw himself as a future Birthright philanthropist, Birnbaum said he wasn’t sure.

“It is hard to say with my college student banking account, but I understand more now why Israel’s existence is important to the Jewish people,” he said.