The Bets Are in Shekels But the Game’s the Same 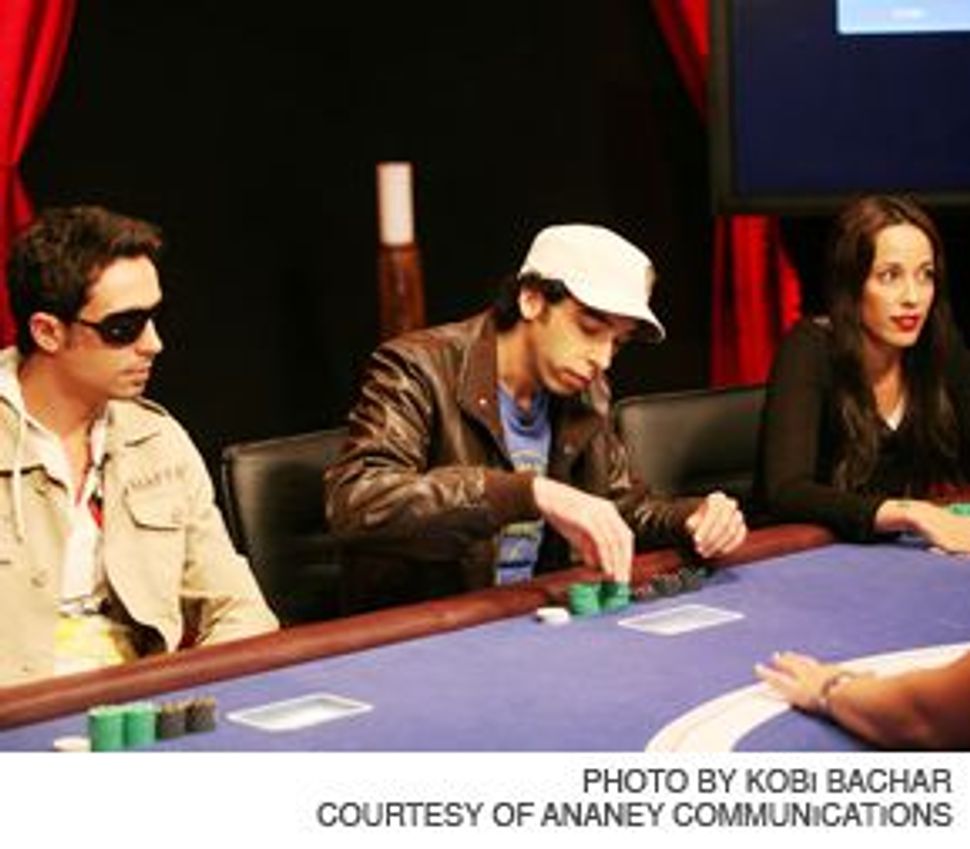 ANTE UP: From left, Dani Yochtman, Oded Paz and Eden Harel, three contestants on the Israeli version of ?Celebrity Poker.?

It’s a form of *tzedakah *that the Sages probably didn’t have in mind: cash winnings from the Israeli version of “Celebrity Poker.” 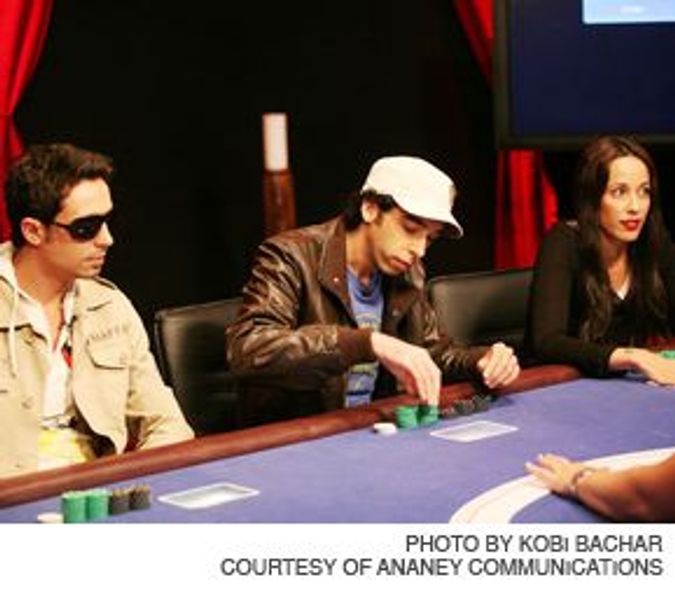 ANTE UP: From left, Dani Yochtman, Oded Paz and Eden Harel, three contestants on the Israeli version of ?Celebrity Poker.?

Nevertheless, a number of Israeli charities and not-for-profit organizations stand to benefit from the November 1 premiere of “Poker Cochavim,” the Tel Aviv-based edition of the American series broadcast on Bravo. Participants in the Israeli version of the show include a mix of TV actors, athletes and musicians, with the series airing on Ego, a cable channel aimed at “hot-blooded” men between the ages of 18 and 45, according to the broadcaster’s Web site. Among the high-profile Texas Hold ’Em players will be Harel Moyal, second-season winner of the Israeli version of “American Idol,” and Eden Harel, a TV host who served as the first Israeli video jockey on MTV Europe.

The Hebrew-language edition of “Celebrity Poker” follows a steady stream of foreign reality shows adapted for Israeli audiences. An Israeli version of “Survivor,” shot in the Caribbean, proved a hit earlier this year, and the ratings are currently dominated by the first Israeli edition of “Big Brother.”

The Bets Are in Shekels But the Game’s the Same