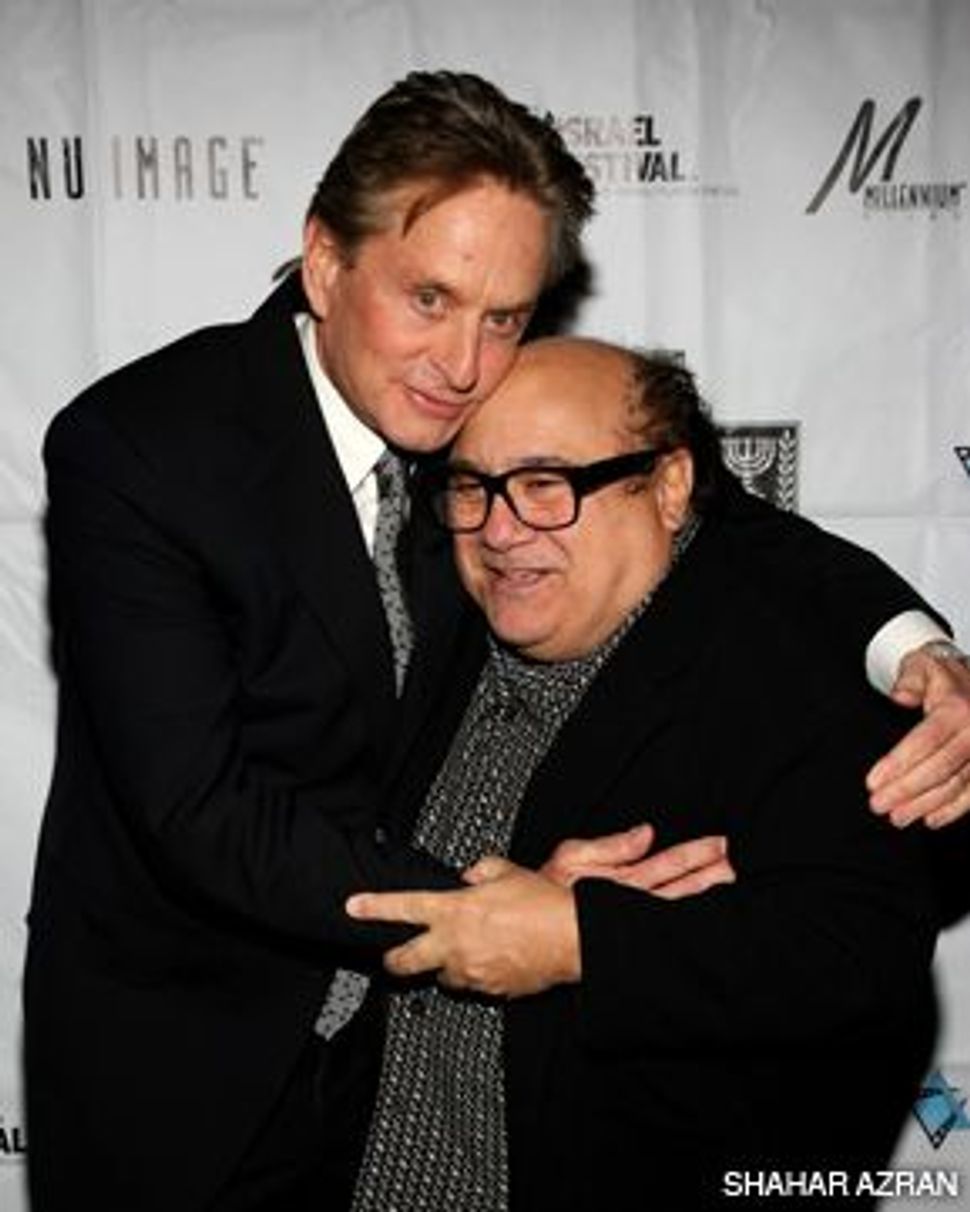 ODD COUPLE: Michael Douglas and Danny DeVito on the red carpet at the Israel Film Festival in New York.

“Entertainment, vision and chutzpah,” was the battle cry of New York’s Israeli consul general, Asaf Shariv, on October 29 at Manhattan’s Ziegfeld Theatre. It was the opening night of the 23rd Israel Film Festival, and Lifetime Visionary Award winner Danny DeVito worked hard to include all three elements in his acceptance speech. 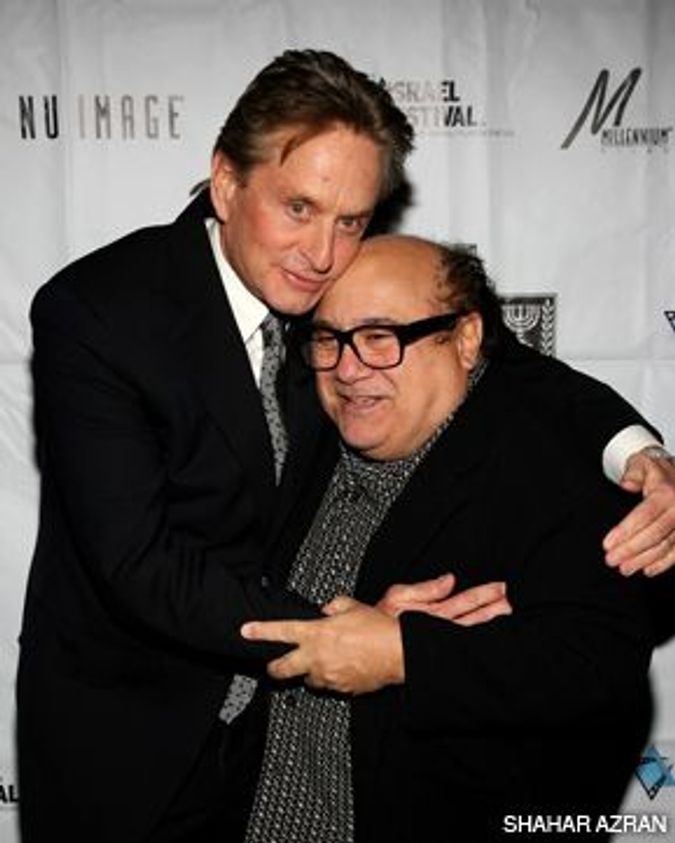 ODD COUPLE: Michael Douglas and Danny DeVito on the red carpet at the Israel Film Festival in New York.

“Look around. A lot of you are bald,” said the actor, who was introduced by Michael Douglas — DeVito’s oldest show business friend and former roommate in a one-bedroom Manhattan apartment — with a crack about absent hair. DeVito went on to make an earnest plea for support of the grass-roots organization in which he and his wife, actress Rhea Perlman, are involved: the OneVoice Movement, which pushes for peace in the Middle East.

Douglas and DeVito, who kissed manfully on the red carpet at the request of photographers, were the biggest names of the night, but not the only. The respective honorees for lifetime and outstanding achievement were Oscar-winning producer, director and writer Irwin Winkler and the similarly multitasking Edward Zwick. “Growing up in the Midwest, I was a Jewish boy looking for heroes,” said Zwick, whose latest project, “Defiance” (based on Nechama Tec’s book “Defiance: The Bielski Partisans”) stars Daniel Craig and Liev Schreiber as Jewish brothers who set up a refugee camp during World War II and succeed in saving 1,200 Jews.

Guests sipped DeVito’s own brand of limoncello (a lemon liqueur) and snacked on that Israeli classic, sushi, before settling down to America’s premiere of Reshef Levy’s box office smash, “Lost Islands.” You can catch the movies — more than 30 feature films and documentaries by Israel’s up-and-coming filmmakers — in New York through November 13.