How Big is Jewish ‘Tent’ on Israel? 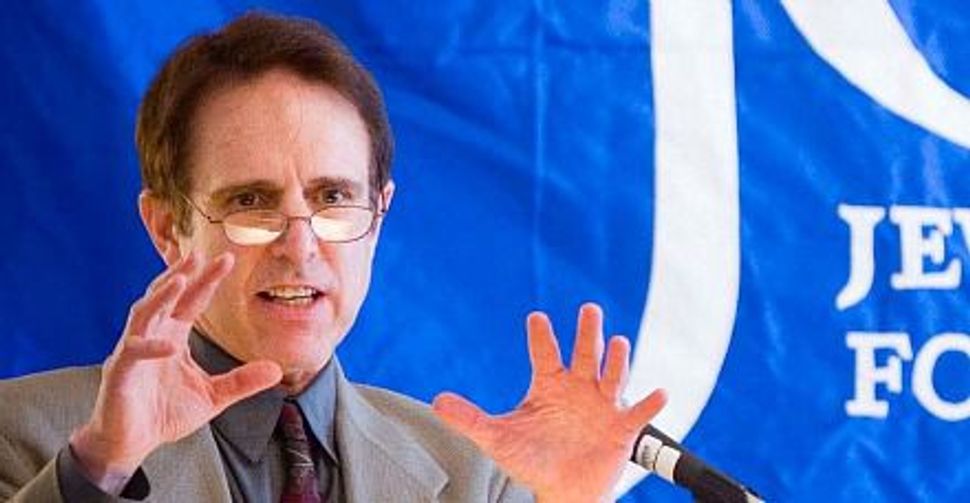 Image by courtesy of JCPA

The question of how big the Jewish tent can be when it comes to Israel is one of the thorniest ones that American Jews deal with.

Who gets to sit inside and who should be excluded? And just how open does the Jewish community want to be when discussing the issue of Israel?

On the second day of the Jewish Federations of North America’s General Assembly, an attempt to tackle these questions unsurprisingly led to no definite response. In fact, it even revealed a truth many might have hoped to avoid: officials in Jewish organizations and synagogues may be reluctant to even discuss the issue of Israel, out of fear that they’ll make the wrong remark or stray beyond the strict limits set by the Jewish community.

“Rabbis avoid talking about Israel,” Rabbi Melissa Weintraub told the audience in a packed meeting room. Weintraub co-founder of Encounter, an organization that promotes open discussion about Israel within the Jewish community, said that communities cannot even hold open discussions on the issue of Israel “without having our coalitions unravel.”

Her statement came in response to an exercise conducted by the meeting’s host, Rabbi Steve Gutow, president of the Jewish Council for Public Affairs. Gutow posed theoretical questions to the crowd in order to get a sense of just how wide Jewish communal activists are willing to open their doors for groups and individuals who occupy the extreme ends of the political spectrum on Israel.

Would they host an event with a Christian-Zionist who had spoken out against Muslims and against abortions? The room split roughly in half.

What about an Israeli who supports boycotting products from settlements? Here, too, the crowd was divided.

When asked to explain, those supporting the exclusion of either individual pointed to red lines the Jewish community should draw when hosting events and holding debates. Rabbi Weintraub’s statement on the chill preventing Jewish officials from speaking freely on Israel sparked a harsh response from Barry Shrage, president of Combined Jewish Philanthropies, which is Boston’s equivalent of a Jewish federation.

“Any rabbi who won’t speak on Israel is simply a coward,” he stated. Shrage, one of the longest serving federation executives, said that his group has adopted a policy of supporting the democratically elected government of Israel and keeping criticism for private discussions.

“There have to be red lines,” added Jonathan Tobin, senior online editor of the conservative Commentary magazine.

One example he gave of those who are beyond the red line are member of Jewish Voice for Peace, a left-leaning group that supports boycotting goods made in Israeli settlements in the West Bank.

But John Ruskay, CEO of the United Jewish Appeal of New York and arguably the strongest figure in federation world, stepped up to support Weintraub.

“Hillel rabbis come to me and tell me the issue of Israel is a third rail in Jewish life,” he said. The reason, according to Ruskay, that the discussion over Israel has been stifled, is “60 years of conflating Israel education with advocacy.” According to Ruskay, this, “has left generations of Jews intellectually naked,” since they were asked to support Israel but were not given tools to discuss the issue.

The discussion ended without a bottom line.

Jewish communal activists are concerned that their tent might not be as inclusive as they’d like it to be on issues relating to Israel, but only few seem to be willing to give up their red lines and to open the tent for all.

How Big is Jewish ‘Tent’ on Israel?