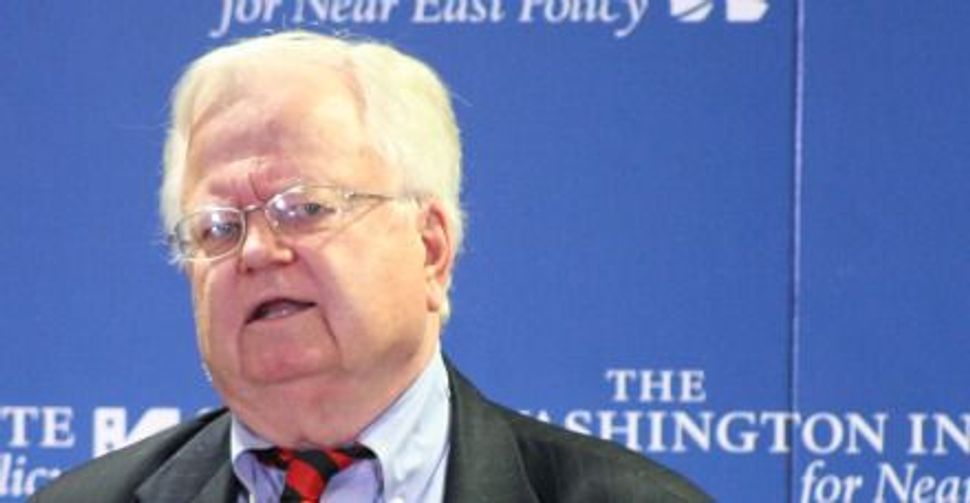 A new study from a Washington think tank supportive of ties between America and Israel is seeking to rebut growing sentiment among military experts who question Israel’s value as a U.S. strategic asset. 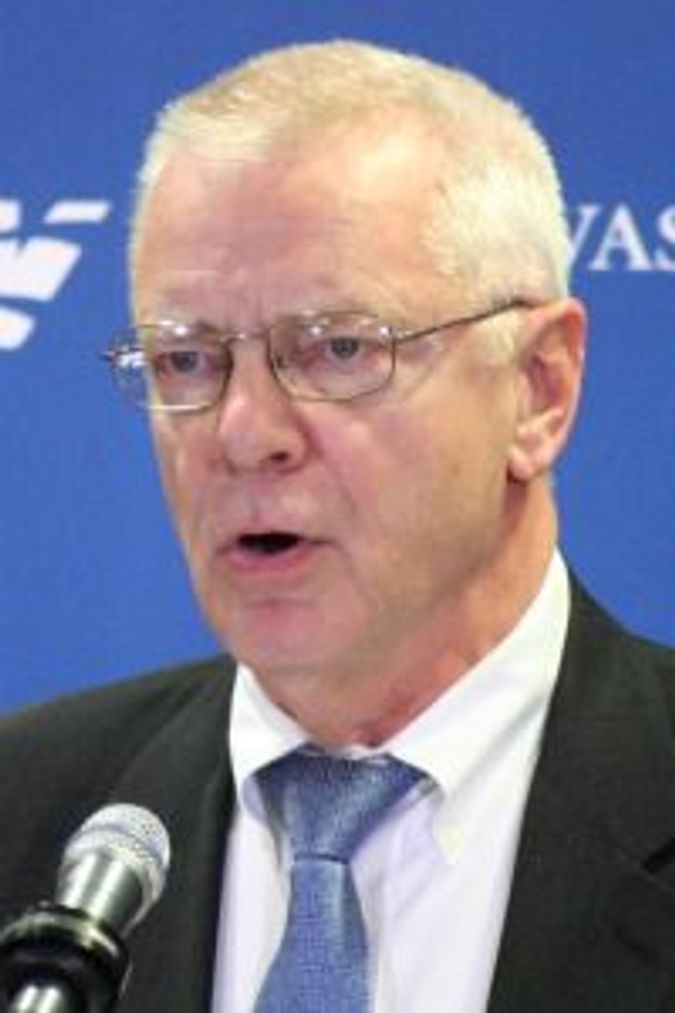 Walter Slocombe Image by Washington Institute for Near East Policy

The report, released November 2 by the Washington Institute for Near East Policy, argues that the benefits of America’s close military ties to Israel far outweigh the costs those ties impose on America’s relations with the Arab and Muslim worlds. Its authors, Robert Blackwill and Walter Slocombe, take issue in particular with those who argue that relations between the U.S. and Israel are a one-way street, with Israel on the receiving side.

“We reject that analysis,” write the two analysts, a Democrat and Republican, respectively, who both served in senior national security positions. “To the contrary, we believe that the United States and Israel have an impressive list of common national interests; that Israeli actions make substantial direct contributions to these U.S. interests.”

They cite, among other things, Israel’s role in developing a joint missile defense system; an American anti-missile system emplaced in Israel; shared military exercises taking place on a regular basis; the U.S. purchase of Israeli military technology, including drones, targeting equipment and armored vehicles, and counterterrorism cooperation, which includes shared intelligence and U.S. use of Israeli systems for homeland security.

In preparing the report, the Washington Institute turned to two outside scholars who have impressive national security credentials and a bipartisan background. Blackwill was deputy national security adviser for strategic planning in the George W. Bush White House, and Slocombe served as undersecretary of defense for policy in the Clinton administration. The Washington Institute declined to disclose what, if any, financial arrangements were made between itself and the two authors in connection with the report’s production. 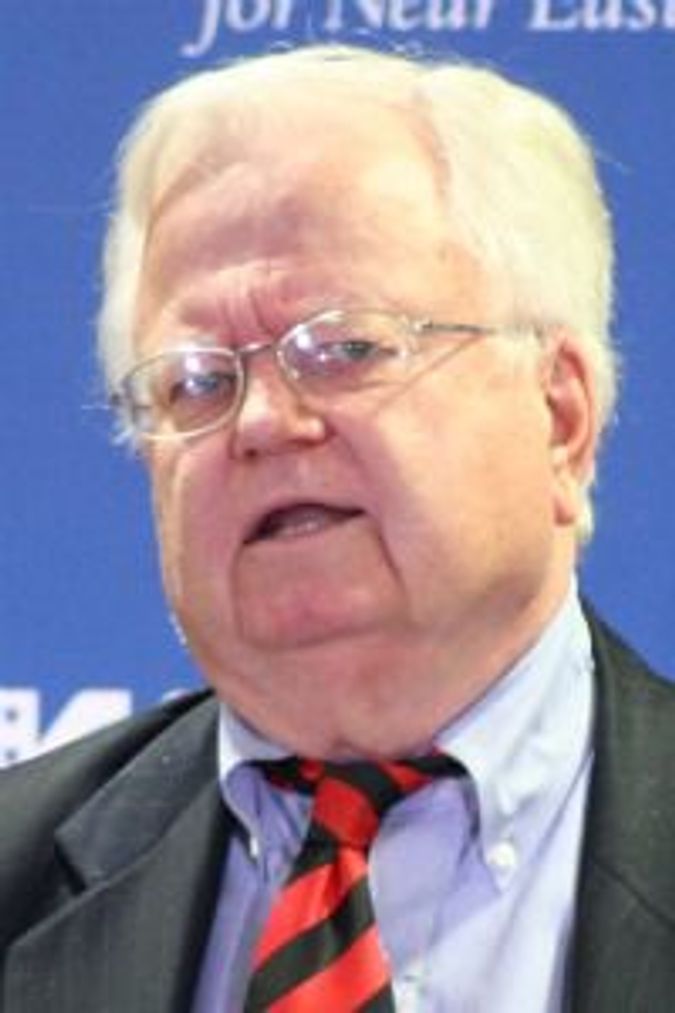 Robert Blackwill Image by Washington Institute for Near East Policy

In their report, Blackwill and Slocombe focus on one of three pillars long seen as providing the support for Israel’s special relationship with the United States. Two of the pillars widely cited as at the foundation of the bilateral relationship are shared values and an American moral obligation to help the Jewish state. Each has been subject to some debate of its own in recent years. But the report, whose importance the Washington Institute underlined with separate roll-outs in New York and Washington, aims to counter increasing criticism of the cost to Washington of American-Israeli strategic ties. The criticism has come from senior Pentagon officials, generals and independent defense strategists.

Political scientists John Mearsheimer and Stephen Walt catalyzed much of the recent debate with their 2007 book, “The Israel Lobby and U.S. Foreign Policy.” That tome was criticized by some as deeply flawed, and by the anti-Defamation League, among others, as anti-Semitic for its suggestion that a sprawling pro-Israel “lobby” exercised entirely legal but disproportionate influence over Congress, the media and civil discourse to the detriment of American national interests.

Since then, others, including some powerful figures not widely viewed as adversaries of America’s special relationship with Israel, have weighed in with criticisms of their own. For the most part, these critics weigh the direct military benefits the United States receives from its partnership with Israel, cited by Slocombe and Blackwill, against the geopolitical costs the relationship imposes on Washington in its dealings with the broader Arab and Muslim world; some suggest a net negative outcome for Washington in the equation.

In March 2010, General David Petraeus, who at the time headed the U.S. Central Command, told the U.S. Senate that Israel’s unresolved conflict with the Palestinians presented “distinct challenges to our ability to advance our interests” and stoked anger in the region that “limits the strength and depth of U.S. partnerships with governments and peoples in the [Middle East] and weakens the legitimacy of moderate regimes in the Arab world.”

At a National Security Council meeting shortly before his retirement in June, Defense Secretary Robert Gates criticized Israeli Prime Minister Benjamin Netanyahu for having given Washington “nothing in return” for Israel’s “access to top-quality weapons, assistance developing missile-defense systems [and] high-level intelligence sharing,” according to a report by Bloomberg news columnist Jeffrey Goldberg, who cited “senior administration officials” as his source. Gates issued no denial after the story appeared.

The series of democratic uprisings in the Middle East known as the Arab Spring have only intensified the Washington debate over the costs and benefits of America’s relationship with Israel. In Egypt and elsewhere, autocrats who worked closely with the United States have been replaced by governments more sensitive to public opinion, which, at least so long as the Palestinian issue festers, bridles at Washington’s strategic relationship with Israel. The transition to more democratic forms of government, though still uncertain, may also call into question the claim that Israel is America’s only democratic partner in the region.

Perhaps the most comprehensive and significant challenge to a positive view of the strategic relationship between America and Israel came from an extensive report issued this past summer by the Center for Strategic and International Studies, a well-connected Washington think tank. In “Crossroads: The Future of the U.S.-Israel Strategic Partnership,” Haim Malka, deputy director of CSIS’s Middle East Program, warned of “growing differences” between the two countries’ policies and interests that have been “papered over.”

“Continuing to do so is both unsustainable and counterproductive,” the report stated. “Denial of the differences risks undermining the national security of both the United States and Israel.”

In a November 4 interview with the Forward, Malka said, “There is a growing feeling in the American national security establishment that Israeli policy is counterproductive and undermines not only U.S. interests in the region but Israeli interests, as well.”

In their Washington Institute report, Blackwill and Slocombe acknowledge that U.S. support for Israel comes at a cost in relations with the Arab world. They also state, “We do not argue that Israel’s assistance to the United States is more valuable to the United States than American support of Israel is to Israel.” But the Washington Institute report’s bottom line is clear: “In a net assessment those real costs are markedly outweighed by the many ways in which Israel bolsters U.S. national interests and the benefits that Israel provides to those interests.”

If anything, Blackwill and Slocombe argue, the Arab Spring has only highlighted the importance of Israel in a volatile region. “Israel — unlike other Middle Eastern countries whose governments are partners with the United States — is already a stable democracy, which will not be swept aside by a sudden uprising or explosive revolution, a fact that may become more important in the turbulent period ahead.”

Mearsheimer, who read the WINEP report, said he agrees that Washington’s strategic relationship with Jerusalem brings benefits to the United States. But the report, he said, “disregards or downplays the costs. I believe that the costs outweigh the benefits.”

Two days after releasing the report, the Washington Institute pressed the argument further, hosting a presentation by Andrew Shapiro, the Obama administration’s assistant secretary of state for political-military affairs. His speech, on “ensuring Israel’s qualitative military edge,” was unprecedented in its detail, according to activists engaged in American-Israeli relations. Shapiro described Israel’s military superiority in the region, and American support for that superiority, as “critical to regional stability” and therefore “fundamentally a core interest of the United States.”

Michael Singh, managing director of the Washington Institute, said the think tank decided to take on the issue because it felt the need to “make a strong point, in a bipartisan way, that this is a relationship we need to preserve.” The report “is a response to those who say Israel is a liability,” he added bluntly.

But in a September 16 event that marked the launch of the CSIS report, Dov Zakheim, who served as deputy undersecretary of defense in the Reagan administration and undersecretary of defense in the administration of George W. Bush, made clear he believes that the winds are changing and Israel needs to get in line with Washington’s geostrategic needs if it wishes to preserve its relationship with America.

“Israelis just sometimes don’t get it,” said Zakheim, who is active in the Jewish community and is known as a strong supporter of Israel. “The longer you tell the emperor he’s wearing beautiful clothes, the colder he will get.”