The Rosenbergs, With Strings Attached 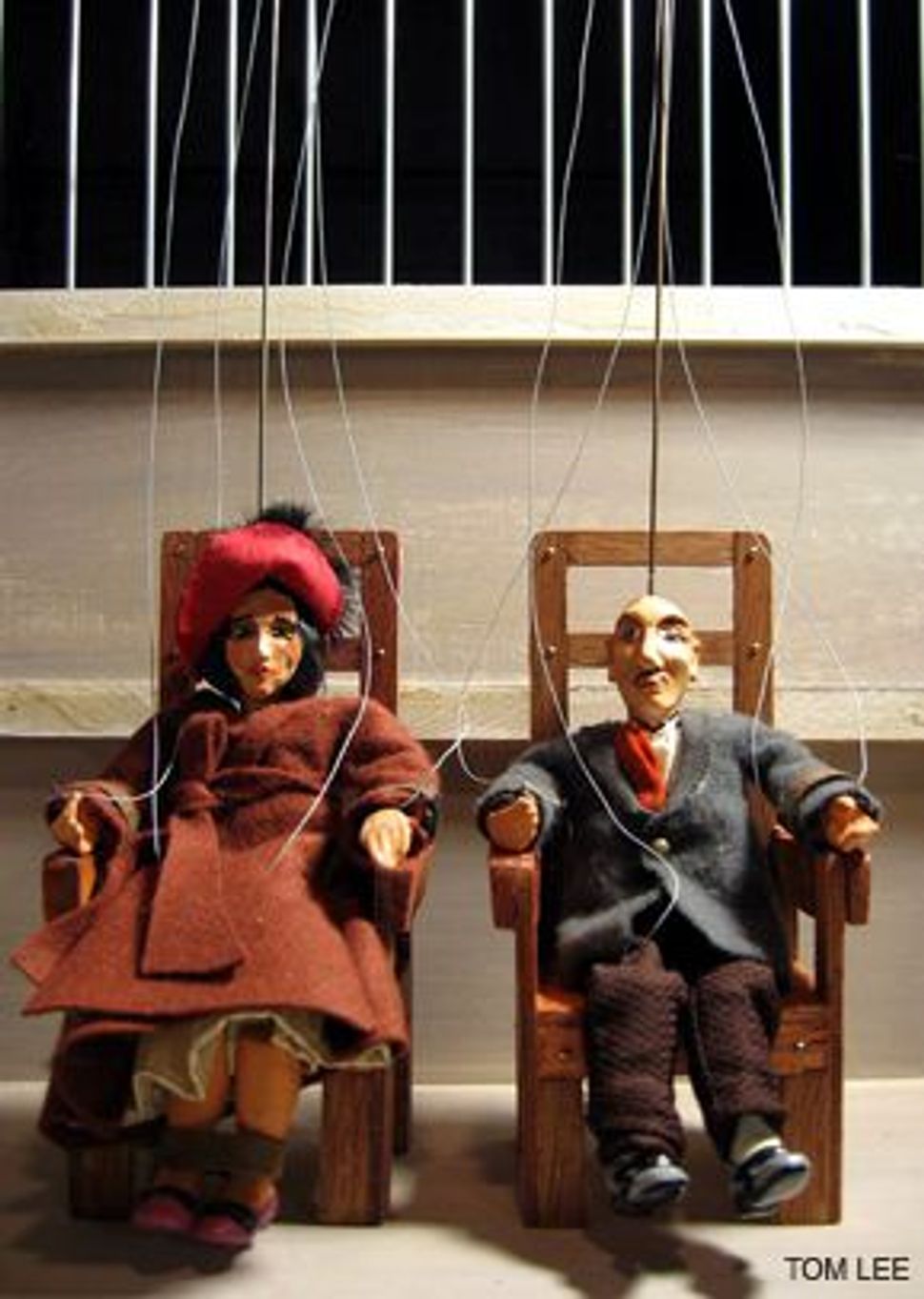 TRAGIC TALE: The story of Ethel and Julius Rosenberg is told in a production by the Czechoslovak-American Marionette Theater.

Already immortalized in books, plays, movies and a lithograph by Picasso, Julius and Ethel Rosenberg are now being depicted once more in New York — this time, as puppets. 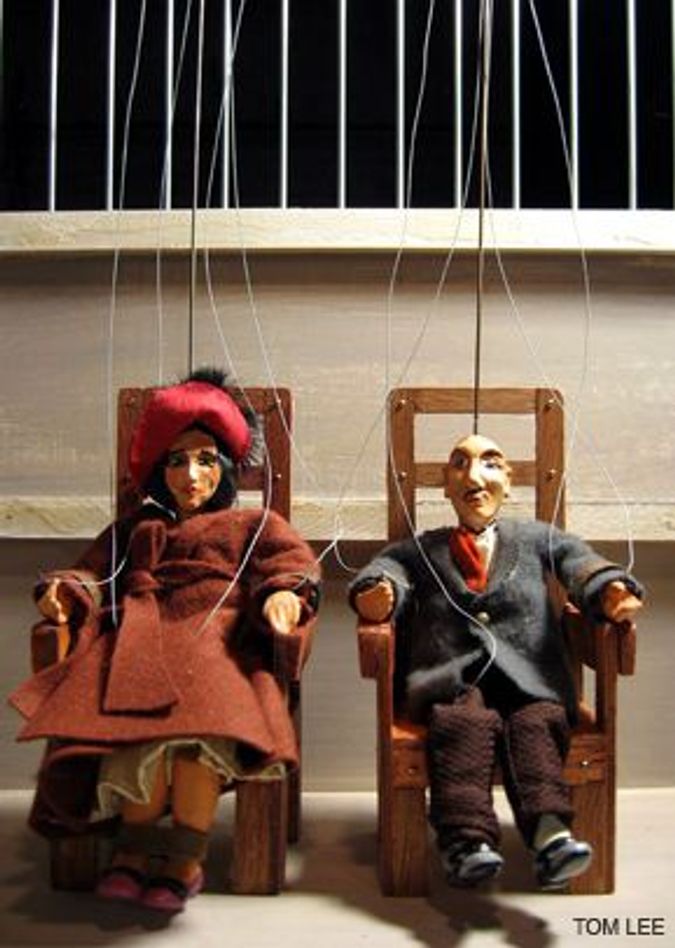 TRAGIC TALE: The story of Ethel and Julius Rosenberg is told in a production by the Czechoslovak-American Marionette Theater.

The Czechoslovak-American Marionette Theater is staging “The Very Sad Story of Ethel & Julius, Lovers and Spyes, and About Their Untymelie End While Sitting in a Small Room at the Correctional Facility in Ossining New York.” The production, which is being performed at the Theater for the New City through December 14, begins with puppet likenesses of the pair in side-by-side electric chairs, and revisits the history of perhaps the most famous Jewish couple of the last century — accused Soviet spies whose trial and 1953 execution fueled decades of ideological recriminations, as well as accusations of judicial deceit and antisemitism from protesters including Sartre and Einstein.

“I hope the audience will come away with two things: realizing that due process was not served… and the absurdity of the whole case,” said Vit Horejs, the show’s writer and director, in an interview with The Shmooze.

Played by regular actors for much of the 90-minute show, the Rosenbergs first entered Horejs’ political consciousness during his youth in Czechoslovakia. “I was not aware of them being Jewish,” he said. “I was aware of them being celebrated as martyrs by the communist regime.”

He gained a fuller sense of the couple’s identity following his immigration to the United States, rediscovering the pair as he did research for “Once There Was a Village,” an earlier CAMT show about radicals from Manhattan’s Lower East Side.

“As I was writing the scene [involving the Rosenbergs], it kept getting longer and longer, until I decided that this was a separate play,” he said. “I had to cut the scene to a shorter version for the ‘Village’ show, and right after we finished with that, I started writing this play.”

The Rosenbergs, With Strings Attached