‘Gossip Girl’ Under the Chuppah 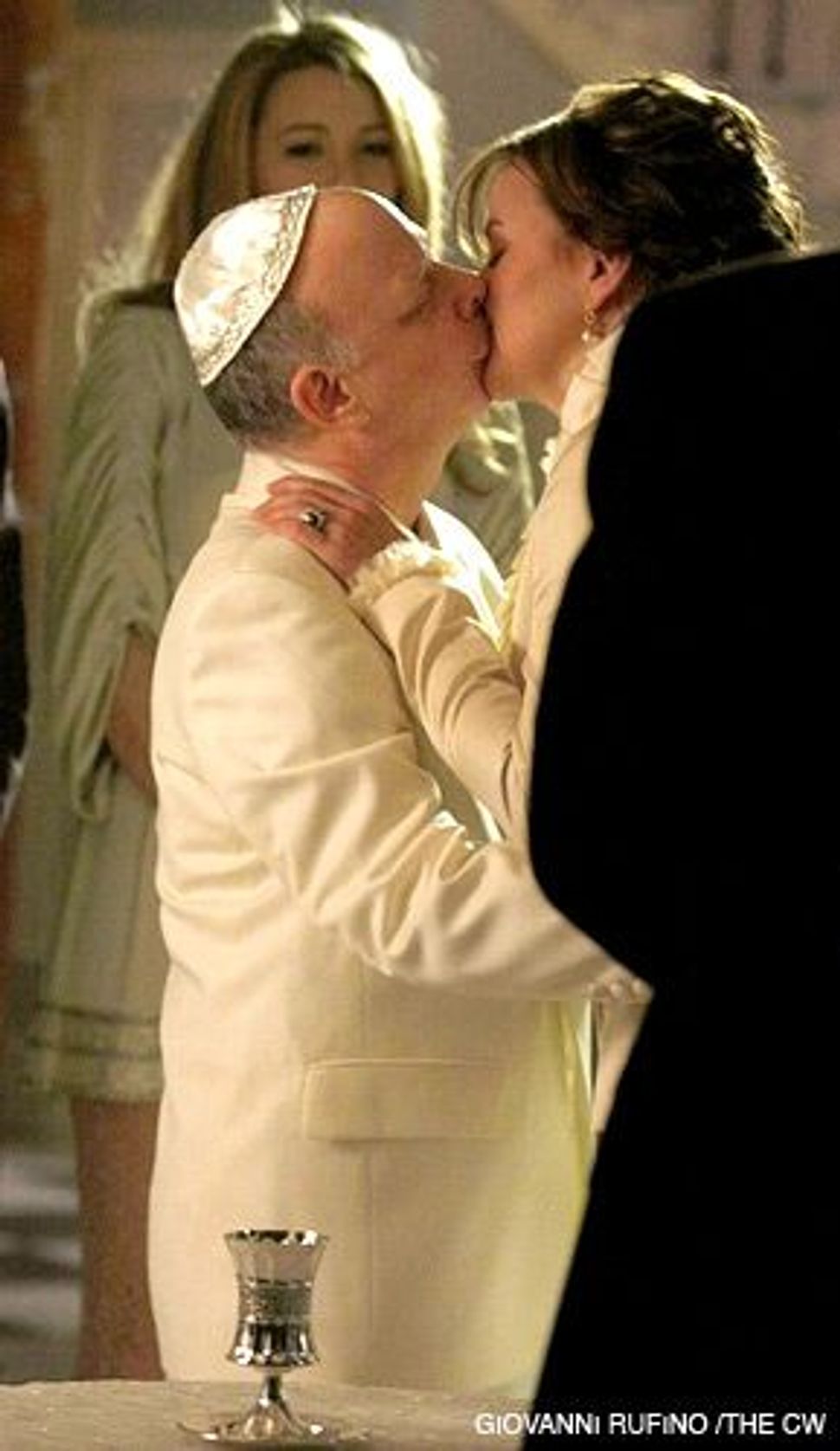 The CW’s hit series “Gossip Girl,” which centers on a group of New York City preparatory school students and their moneyed families, is getting an infusion of *Yiddishkeit *into its blue-blooded veins. 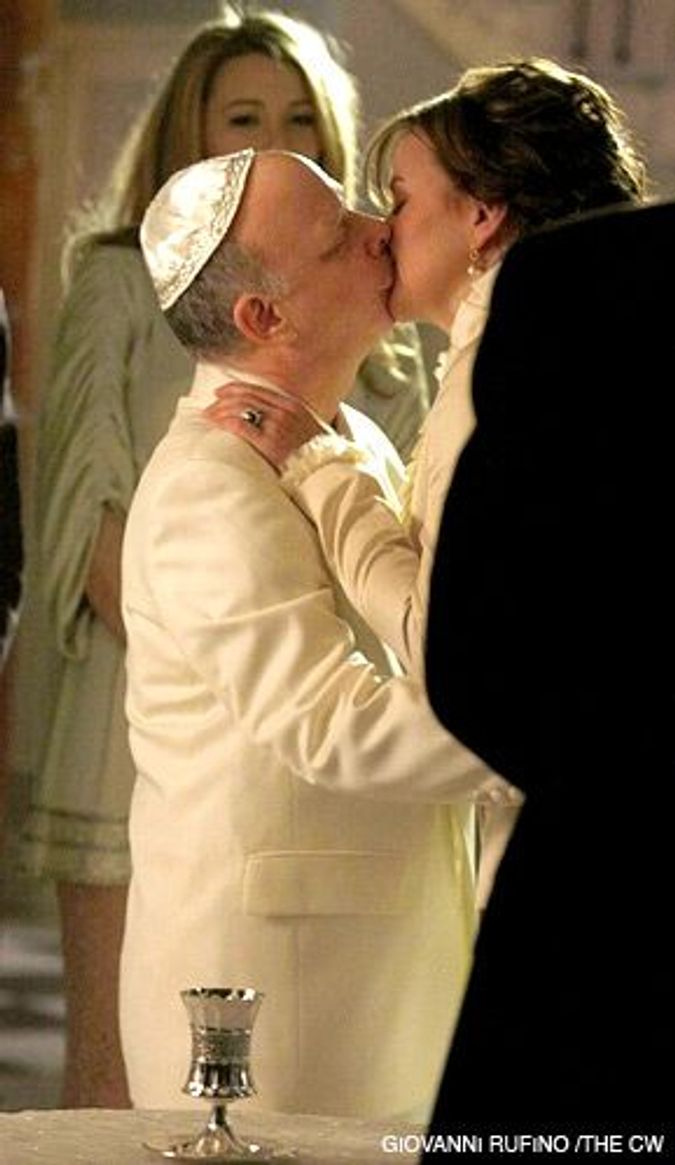 During a recent episode, Park Avenue matron Eleanor Waldorf (Margaret Colin) married her Jewish businessman boyfriend, Cyrus Rose (Wallace Shawn). The ceremony was replete with a rabbi (and an Episcopal priest), a chupah and a recitation of the Hebrew phrase Ani l’dodi, v’dodi li, or “I am my beloved’s and my beloved is mine.”

In advance of the wedding, Cyrus teaches Eleanor’s icy and always calculating teenage daughter, Blair, played by Leighton Meester, how to eat a bagel — with lox, onions and plenty of capers — and even puts her in touch with her inner Jewish mother. “I’m not maternal,” Blair tells a friend who notices her newly nurturing ways. “I’ve just been spending too much time with Cyrus, and I’m turning Jewish. Come on, I see kugel.”

The “Gossip Girl” plotline is reminiscent of “Sex and the City” and the love story between the show’s resident Episcopal princess, Charlotte, and the Jewish divorce lawyer for whom she ultimately converts.

“It’s often used for comedic effect,” said Elana Levine, a communications professor at the University of Wisconsin-Milwaukee and the author of the Dr. Television blog, of the anomalous prime-time pairings, in an interview with The Shmooze. “It’s about heightening the sense of difference between the WASPy woman and a stereotypical Jewish man, and playing up the opposites-attract aspect of their relationship.”

‘Gossip Girl’ Under the Chuppah