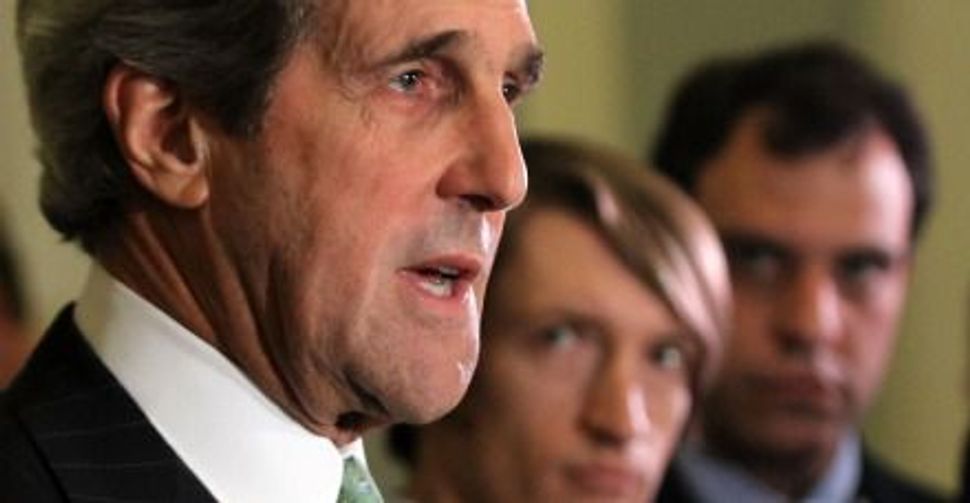 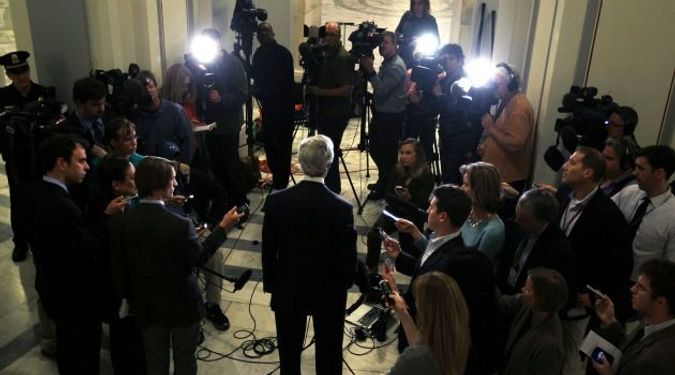 No Deal: The failure to reach a deficit deal means automatic across-the-board cuts. That includes aid to Israel. Image by getty images

The failure of the supercommittee appointed by Congress to reach a deficit-reduction deal on the federal budget could cost Israel a cool $250 million a year.

For the first time in decades, Israel could be facing a reduction in United States aid, due to automatic across-the-board budget cuts scheduled to take effect in January 2013 as a result of the supercommittee’s failure.

Despite this dire forecast, Israel’s strongest defender in Washington, the American Israel Public Affairs Committee, has yet to publicly speak out against the cuts. Sources say that the Israel advocacy lobby may fear a backlash if Israel is singled out for special treatment in the face of broad cuts favored by both Democrats and Republicans.

The November 21 announcement by members of the congressional Joint Select Committee on Deficit Reduction that they had failed to reach agreement on a plan to cut the national debt by $1.5 trillion over the next decade set in motion an automatic process called sequestration.

It requires Congress to make cuts, divided equally between defense and nondefense spending, in order to reach the required debt reduction.

In practice, this means an estimated 8% to 9% cut in all government budget items, except some social safety net programs, such as Medicare, Medicaid and Social Security. Cuts are scheduled to kick in during January 2013 and will be in place for nine years. Government agencies will not have discretion over where to impose the cuts, and all programs will be subject to an equal budget reduction.

Under a Memorandum of Understanding (MOU) signed by Israel and the United States, Israel is scheduled to receive $3.1 billion in Foreign Military Financing in fiscal 2013. The financing is used primarily for the purchase of American-made defense systems. The MOU is subject to congressional appropriation, meaning that it would be overruled by the across-the-board cuts.

Although the aid is used for military needs, it comes under the State Department budget and is therefore seen as a nondefense-spending program under the sequestration rules. According to current estimates, Israel faces a cut of roughly $250 million a year beginning in 2013 and continuing at the same level until 2021.

Supporting aid to Israel has been a cornerstone of the pro-Israel community in the United States for decades. Spearheading the effort is the American Israel Public Affairs Committee, which has cultivated throughout the years a close relationship with key lawmakers involved in the appropriation process.

The lobbying of AIPAC and other pro-Israel groups has ensured that aid to Israel is safe even in times of austerity and that Israel receives preferred terms, such as early disbursement of the annual aid and the right to spend nearly a quarter of the money on local defense products.

In advocating for aid to Israel, AIPAC has been stressing the importance of Israel as a regional ally and as a strategic asset for America. A memo issued in March by the lobby argued for the need to maintain foreign aid at current levels as a means of helping Israel address increasing threats. AIPAC also pointed to Israel’s need to increase its defense spending because of turmoil in the Middle East and the growth of neighboring countries’ military investments.

The lobby, however, has yet to issue any memo or talking points regarding the looming sequestration and its potential impact on American aid to Israel. In part, this reflects the problem facing supporters of Israel as they experience the challenge of across-the-board cuts.

Singling out Israel as being immune to any cuts at a time when all other government programs will face painful cuts may be useless at best, or even counterproductive.

History says it will be difficult if not impossible to prevent the cuts. The 1985 Gramm-Rudman-Hollings Balanced Budget Act required all government agencies to cut spending in order to meet the goal of a balanced budget. As a result, aid to Israel took a hit, and Israel was forced to return part of the annual assistance.

This example makes clear that little can be done to fight sequestration and that if legislation is not changed, aid to Israel is facing its biggest financial setback ever.

Political and economic developments, however, could provide last-minute relief. The cuts are scheduled to begin shortly after the 2012 elections, and with a new Congress and possibly a new president, plans for sequestration could be altered.

The cuts also coincide with the expiration of the George W. Bush-era tax cuts and with the expected need to raise the national debt ceiling once again. A deal that would incorporate all these factors could, experts believe, eliminate the need for automatic budget cuts.

The automatic across-the-board cuts may be the immediate hurdle facing American aid to Israel. But a greater challenge in the long run is a growing distaste among Americans in general and Republicans in particular for foreign aid. Republican presidential candidates, despite pledging their support for Israel, have gone on record promising to begin any discussion on foreign aid “from zero.”

The pro-Israel lobby has taken on the cause of advocating for foreign aid as a means of increasing America’s global clout and as an extension of its diplomacy. On its website, AIPAC features a video clip produced by American Global Leadership, a bipartisan group led by former administration officials, in which young children speak of the importance of foreign aid.

In the viceo, one girl says, “Actually, we’re not spending that much money.” She is followed by a boy holding a jar of marbles. The boy states, as he lifts one marble, “Just 1% of our national budget goes to the international affairs budget.”

A November 21 focus group discussion, organized by The Israel Project, illustrated the challenges the concept of foreign aid faces. The participants, likely Republican voters from Virginia, were asked to give their opinion about foreign aid. The unanimous response around the table: “Too much.”

One woman added, “It’s time we started to take care of ourselves.”