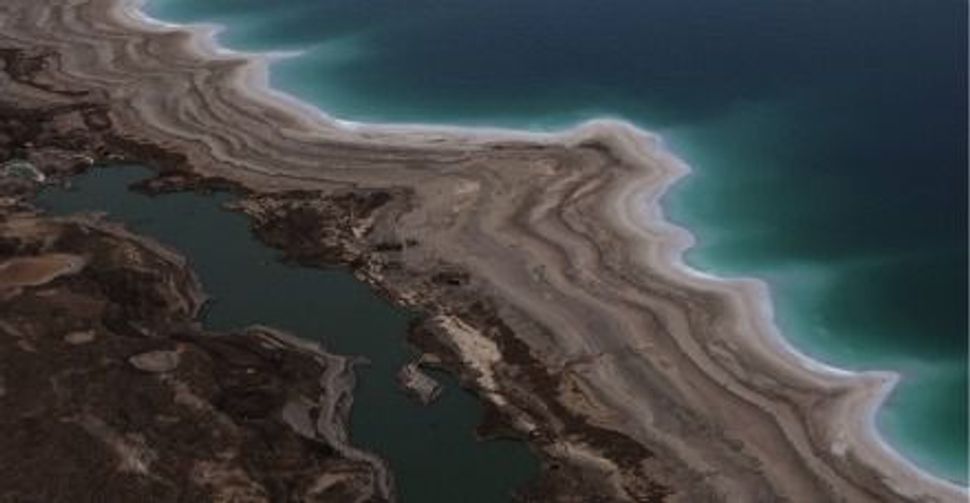 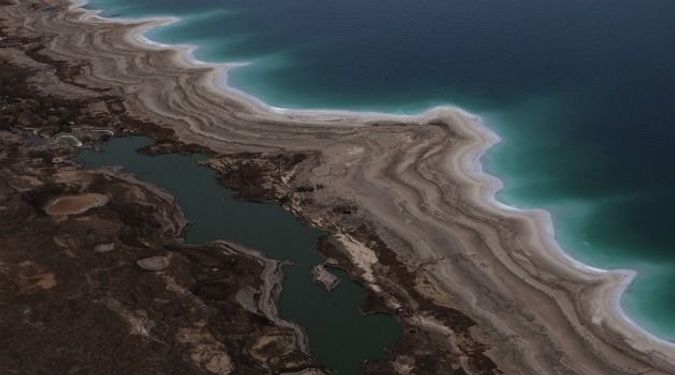 Scientists drilling into the Dead Sea bed have discovered that the sea, now drying up because of climate change and overuse, dried up once before on its own.

The process, which happened long ago without human intervention, is now going much faster because of global warming, which most scientists think is caused by human activity.

“We are accelerating the process,” said one of the researchers, Emi Ito, a professor of earth sciences at the University of Minnesota. 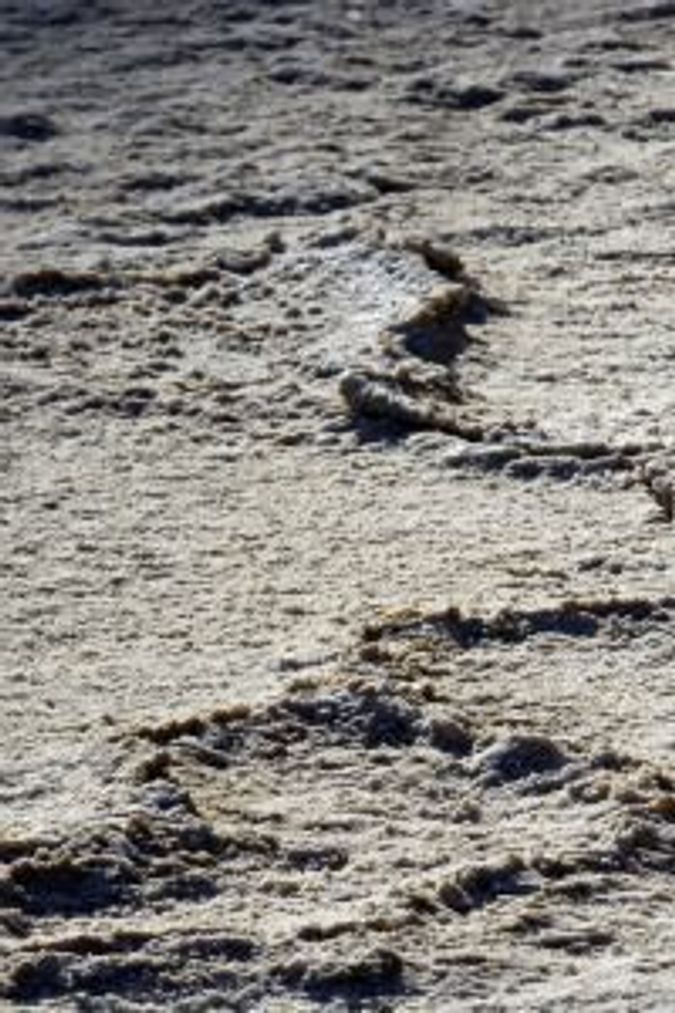 Salt of the Earth: Retreating water of the Dead Sea leaves behind crusty salt flats. Image by getty images

While the disappearance of the Dead Sea would be dramatic, the cause of its contraction is terrifying. No one draws water from the briny body, but its shrinkage reflects the rapid depletion of its source, the Jordan River, which is a primary source of water for Israel, Lebanon, Syria, Jordan and the Palestinians. Jordan gets 75% of its water supply from the Jordan River; Israel gets 60%. The large bluffs surrounding the sea demonstrate how much higher the water level once was.

The drying up of the Dead Sea “means that this water resource that people depend on now [has] basically stopped,” said Steven Goldstein, one of the lead scientists in the research and a geochemist at Columbia University’s Lamont-Doherty Earth Observatory. “Just imagine what that means if a warming climate results in the present water supply becoming scarcer and scarcer.”

Past leaders of Jordan and Egypt, King Hussein and Anwar Sadat, respectively, have said that the only thing that would make them go to war with Israel would be water.

A team of about 60 scientists and graduate students from around the world, part of the International Continental Scientific Drilling Program, are studying the sea. Reporting to a meeting of the American Geophysical Union in San Francisco on December 5, the international research team said analysis of the core samples they have extracted from the sea bed might also cast light on humanity’s original journey out of Africa and what happened to Jericho when the walls came tumbling down (if indeed they did).

The Dead Sea basin is the lowest point of dry land on earth, about 1,400 feet below sea level. It sits on an earthquake fault — part in Israel, part in Jordan — that is much like the San Andreas fault in California. The water that pours into the sea from the Jordan has no other outlet.

Millions of years ago, the Mediterranean covered the Dead Sea basin. But it eventually retreated over the last 100,000 years, leaving a backwater scientists call the Sedom Lagoon and a series of lakes formed by glaciers during the ice ages of prehistory. As time passed and the climate changed, the lakes expanded and shrank. The Dead Sea is what remains.

To conduct its drilling research, the international team used a drilling rig mounted on a barge anchored about five miles offshore from Kibbutz Ein Gedi, near the sea’s Israeli shore, according to Zvi Ben-Avraham, professor of geophysics at Tel Aviv University.

The researchers were divided into two teams, each working 14 hours a day, he said. Two of those hours involved just getting to the barge from the shore and getting back.

The drilling, conducted this year, went on for 24 hours a day, although work was limited to the autumn and early spring because of winter storms and fierce summer heat, Ito said.

The core samples were collected in nine-foot plastic pipes about five inches in diameter and sent to Potsdam, Germany, for analysis. The core samples, when analyzed, go back 200,000 years, the Mideast’s longest archive.

About 750 feet down, they found pebbles. Below that was about 120 feet of salt.

The pebbles were clean, uniform and well-rounded. The easiest and most likely explanation is that the pebbles were part of a beach left over when the water disappeared, and the salt below came from the water that used to be there, researchers said. They date the latter condition to about 125,000 years ago.

The samples also record earthquakes, although the quakes have yet to be precisely dated. The area is an active seismic zone, and quakes have been recorded throughout history, including by the historian Josephus during the Roman Empire.

The samples also could resolve a long-standing dispute among archaeologists and between archaeologists and Bible scholars: Did the biblical Israelite leader Joshua really destroy the walls of Jericho with the help of an earthquake some 1,200 years ago, when the Israelites are thought to have crossed the Jordan? The cores should show when quakes occurred. Of course, this would still leave another dispute unresolved. Jericho, just north of the sea, is believed to be the oldest still-inhabited city in the world. But many archaeologists dispute whether there was a walled, inhabited city there at the time in question.

Another byproduct of the research could be insight into the mass human migration out of Africa. When early humans spread into Europe and Asia, they probably passed right through the area, which is pretty much the only way north by land into Eurasia. Because of the nature of the samples, the scientists can even track the climate season by season — wet or dry —– through the years.

Environmental change was the cause of the historic depletion of the sea. The area was warmer and more arid than it is today. Because there were no homo sapiens in the area, what happened back then was due entirely to natural causes.

Ito said scientists, particularly Israeli scientists, believe that, for reasons involving the chemical reaction of water molecules with salt, the Dead Sea could shrink considerably, reaching a point when evaporation stopped, but never actually run dry. Ben-Avraham said a total drying would not happen “in the foreseeable future.“

The drilling research shows that prediction may be wrong, according to Ito. If it happened before, it could happen again.