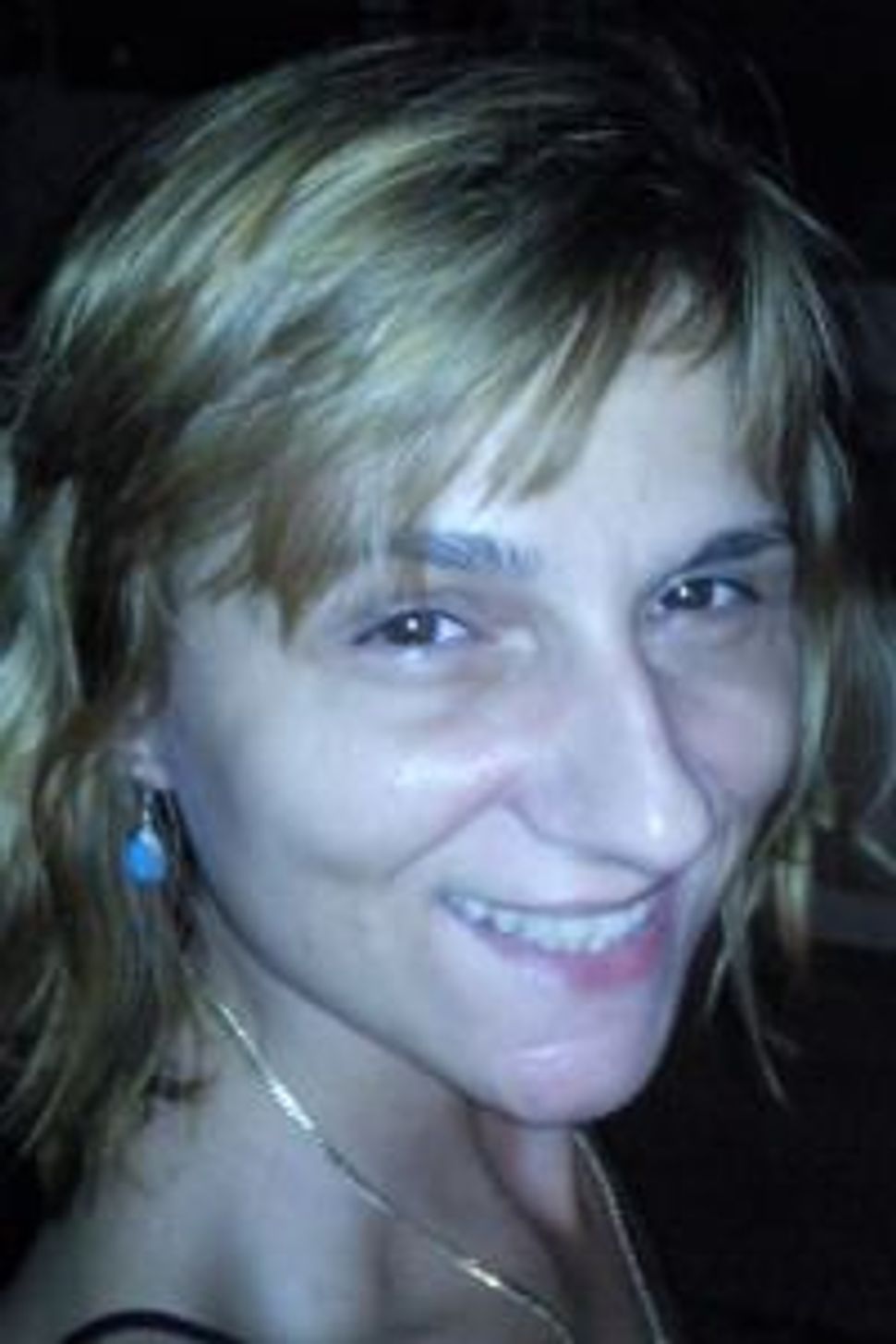 Not Jewish Enough: Martina Ragachova is facing deportation from Israel because her conversion to Judaism has been rejected.

Within the next few weeks Martina Ragachova could be deported from Israel — for being too frum. 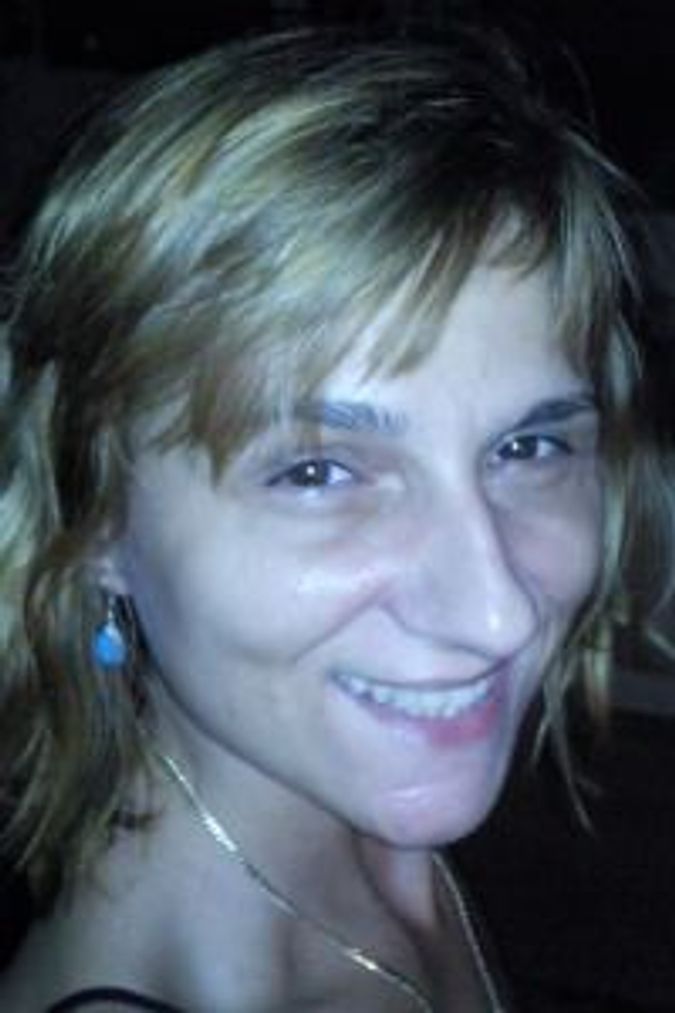 Not Jewish Enough: Martina Ragachova is facing deportation from Israel because her conversion to Judaism has been rejected.

Prague-born Ragachova, 37, moved to Israel a decade ago, and in 2004 converted to Judaism in the Bnei Brak rabbinic court of Nissim Karelitz, one of the world’s best-respected and most stringent Haredi rabbis. Karelitz was so moved by the genuineness of her commitment to Judaism that he knelt before her by way of congratulation.

Prior to this ultra-Orthodox conversion, Ragachova had applied to become Jewish in the modern-Orthodox state-run conversion courts. But they did not accept her application. So she took the private Haredi track.

She now has a conversion certificate that is accepted by virtually every rabbi in the world, in contrast to the state conversion she originally applied for, which is viewed with skepticism by large sections of the Orthodox community. But because she took her conversion into her own hands, Israel’s state rabbinate and Interior Ministry insist that she is not Jewish.

More immediately, it means that she could be deported because the Interior Ministry doesn’t consider her Jewish and will not grant her citizenship.

Until now, Ragachova has avoided deportation thanks to an injunction she obtained by going to court. Early next year, the Supreme Court will hear her case along with those of others in her situation.

If the court forces the state to recognize her conversion, as she is asking, the state’s monopoly on conversion will be over. If she is deported, there will be outrage in the Haredi community, which will see the ruling as an insult to one of its leading scholars.

“The conversion I passed is acceptable in every country in the world apart from Israel. It’s an absurd situation,” Ragachova told the Forward. She complained that she has been in limbo since her conversion due to her lack of citizenship. Until the court first considered her case in November, her lack of citizenship prevented her from working under the law. The temporary injunction she obtained now allows her to work during her case’s legal proceedings.

Ragachova’s case highlights a strange situation that has come about in Israel: Haredi conversion has become a relatively easy option for some who are prepared to follow an extra-stringent observant lifestyle.

Eleven years ago, the government faced resistance from within the rabbinate over its efforts to facilitate conversion for thousands of Russian immigrants and others who enjoy citizenship under Israel’s Law of Return on the basis of their Jewish family background — but who are considered non-Jews under Orthodox Judaic law. In response, the government set up a separate conversion operation under the Office of the Prime Minister to streamline their conversion. These immigrants, for the most part, sought to become Jewish in order to become full-fledged members of Israel’s Jewish society, able to marry other Jews, be buried in Jewish cemeteries and enjoy full social acceptance. Under the plan, this new conversion body, which employed more lenient standards, was granted a monopoly over conversions for individuals living in Israel.

But this left out many individuals living legally in Israel on a long-term basis who, for one reason or another, are not citizens. These residents are barred from conversion unless they obtain special permission from an “exceptions committee” that meets rarely and gives no public account of its activities. Some people have not received a reply from the committee after a year after applying.

Having a Jewish partner makes applying via the Conversion Authority harder, not easier. The non-Jewish partner of a Jew, whether that Jew is Israeli born or an immigrant, cannot apply to the exceptions committee until he or she has been married to the Jewish partner for a year-and-a-half or in a relationship for four years. Of course, the couple cannot get married in Israel unless they are both Jewish to begin with.

“I have 10 cases of people who want to convert and start a Jewish family, but they have to wait, and some are in their 30s and say their biological clocks are ticking,” said Seth Farber, a Modern Orthodox rabbi who is director of the nonprofit organization ITIM that advocates on behalf of conversion candidates.

By contrast, the conversion process under Karelitz is straightforward, and open to anyone he deems serious about becoming Jewish. Prospective converts study, according to an aide to Karelitz, until they know more Jewish law “than even the average yeshiva or seminary student.” When Karelitz finds them ready, he converts them.

The Beth Din Tzedek religious court in Bnei Brak, which Karelitz chairs, was converting only a handful of people when Ragachova turned to it. Last year, it converted more than 250.

The trend disheartens Farber. “It is unfortunate and ironic that more and more people are coming to us to help them go through ultra-Orthodox conversions because the bureaucracy is preventing them from converting through the State of Israel,” he commented.

If the prospect of deportation is daunting for Ragachova, it is terrifying for Raisa-Haya Sonin, 74, Israel’s most Haredi gentile. Sonin dresses and practices religion the way Haredi women do, and is very much part of the Orthodox community in the Orthodox stronghold of Bnei Brak. But the state and its official rabbinate consider her non-Jewish because she converted with Karelitz after moving to Israel from the Former Soviet Union. Because of this, the state also does not recognize her marriage. “It’s hard from a spiritual point of view,” said her husband Ilya Sonin, 76, who was born Jewish. “We are old, not strong, and I worry about what will happen if I die first, about her status here.”

Sonin knows that under Israeli law, she can stay in the country living with the man whom the state regards as her Jewish civil partner only as long as he is alive. But she cannot apply for citizenship herself. And if he were to die, she could be deported.

Asked about its position on private conversions and the forthcoming court case, the Interior Ministry gave a brief answer: “The principal position of the State of Israel in all these cases is not to recognize any private conversion that takes place in Israel.”

The Conversion Authority did not respond to requests for information on its position.

The religious-Zionist camp is watching the Ragachova case closely. Observing the popularity of Karelitz’s court, some prominent Zionist rabbis have started converting. Yisrael Rosen, a Conversion Authority judge until his retirement in June and a founder of the state conversion courts, opened a conversion court of his own in August. The court converts an average of one person a week — unrecognized by the state.

Farber said: “It is unjust that someone can convert overseas and be recognized by the Law of Return, but if they convert in Israel, the center of Jewish world, they cannot.”