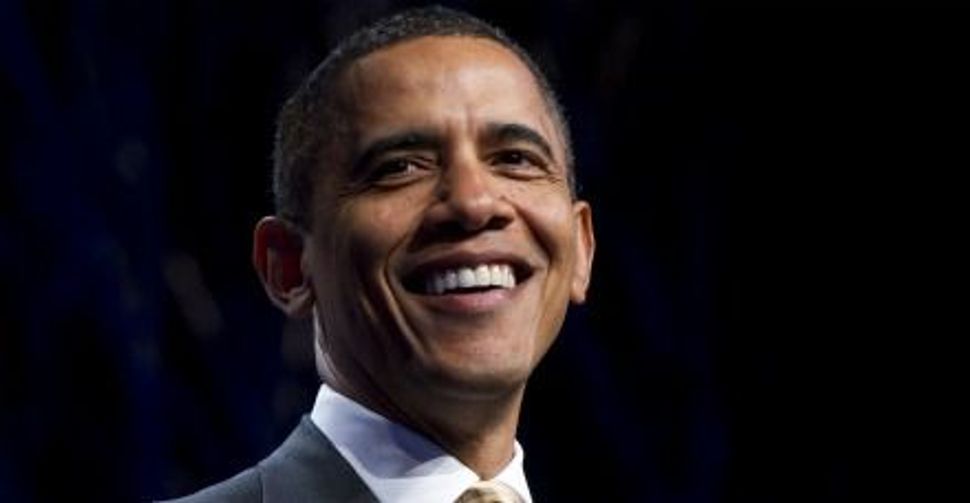 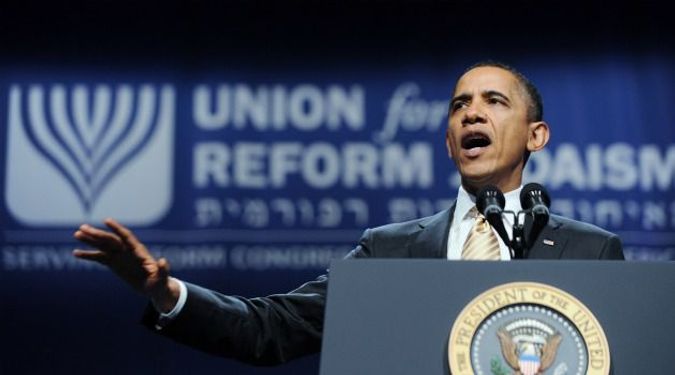 In a speech aimed at liberal Jewish voters, President Obama sought to rebut Republican claims that he was soft in his support for Israel and praised Reform Judaism’s support for civil rights and social justice in his address at the biennial meeting of the Union for Reform Judaism.

The crowd of 6,000, in turn, enthusiastically greeted his message. “Don’t let anyone tell you otherwise, it is a fact,” Obama said, “No U.S. administration has done more in support for Israel security than ours, none.”

The president divided his speech evenly between a promise of his commitment to social justice and a pledge to support Israel.

His opening won over the crowd immediately. Sharing with the audience his daughter Malia’s recent experiences attending her classmates’ Bar and Bat Mitzva celebrations, Obama said that one lesson he had gained was to always open a speech with a story about this week’s Torah portion. To the cheers and laughter of the audience Obama moved directly into a discussion of the story of Joseph and his brothers from the coming Sabbath’s Torah portion.

Obama went on to praise his hosts and echoed many of the themes raised by the Reform movement’s leaders throughout their conference. Pointing to the group’s work on civil rights and social justice, the president turned to his own life story, stating that “only in America” could his story be possible. “None of this would be possible without you,” Obama said as he listed the achievements of the struggle for civil rights.

It was a speech clearly crafted as a campaign address, with Obama taking care to respond to recent attacks against him by his Republican rivals, though he never named them. Among other things, Obama stressed that he would keep working to advance the peace process. “I have never wavered in pursuit of a just and lasting peace – two states for two peoples; an independent Palestine alongside a secure Jewish State of Israel,” Obama said.

He acknowledged the frustration many shared about the lack of progress in the peace process but asserted that peace between Israel and the Palestinians could not be imposed from the outside. It had to be negotiated between the two parties, Obama stressed. “I am not going to stop in pursuit of this vision,” he promised.

Obama also repeated his pledge not to allow Iran to acquire nuclear weapons. He stated that “all options are on the table,” a statement that usually wins applauds among Jewish listeners but that was greeted with silence by his audience at the URJ conference. “My commitment to Israel’s security is unshakeable,” Obama added. “That’s what friends and allies do to each other, so don’t let anyone else tell you a different story. Those are the facts.”

Before entering the hall, Obama met in a side room with Israeli defense minister Ehud Barak for a short discussion. Barak told reporters after the meeting that the United States and Israel see eye to eye on the crucial issue of Iran’s nuclear threat.

Obama received numerous standing ovations from a visibly supportive audience. Shaking hands and waving to the audience for several minutes after concluding his speech, Obama seemed to feel at ease with the Reform crowd, representing America’s largest Jewish denomination.

“His domestic agenda resonated intensely with the 6,000 Jewish leaders from across the U.S. and his affirmation of his record on Israel and on curtailing Iran’s nuclear ambitions was clearly compelling to these leaders from all North America,” said Rabbi David Saperstein, head of the Reform Movement’s Religious Action Center.