Electoral Gridlock: Livni and Bibi Scramble For a Coalition 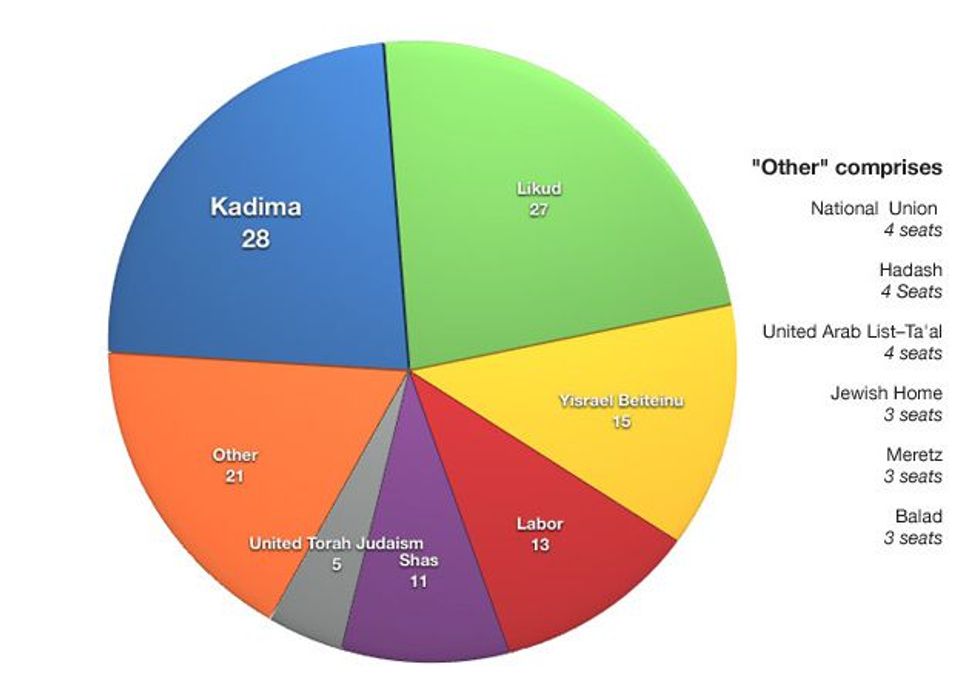 Haifa, Israel — When Israelis went to the polls February 10, they expected to make either Tzipi Livini, leader of the Kadima party, or Likud party leader Benjamin Netanyahu the country’s most powerful political leader. 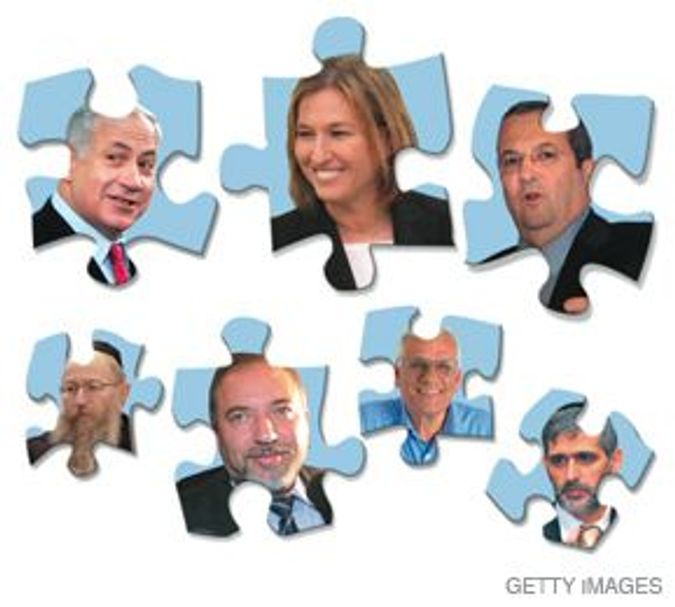 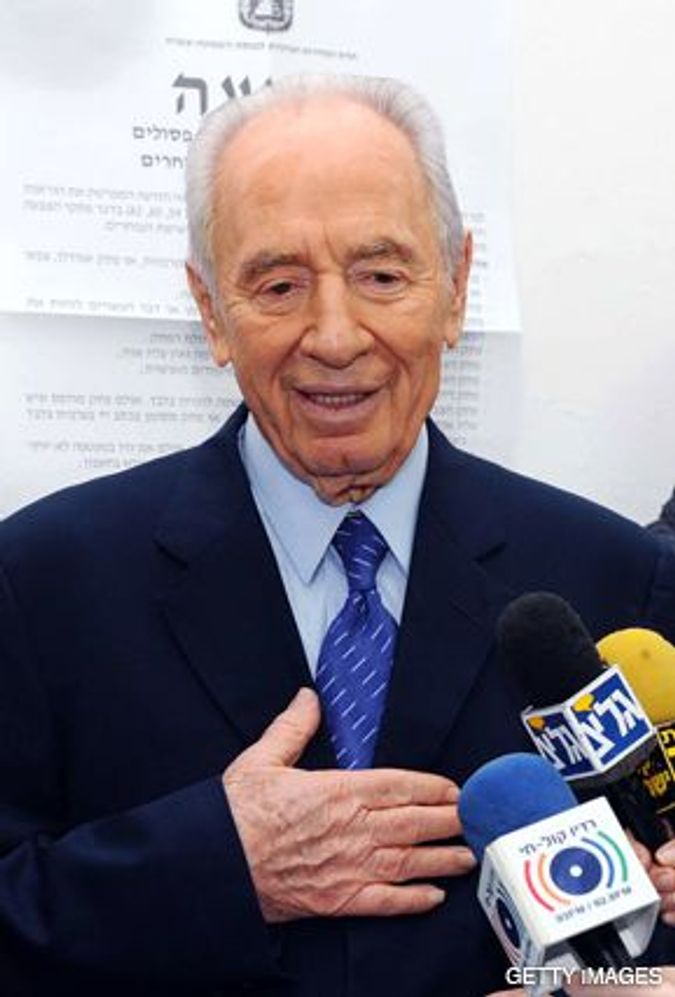 THE DECIDER: Israeli President Shimon Peres will choose who gets first shot at forming a government.

But when they woke up the next morning, the most powerful person in Israeli politics was neither. It was, instead, President Shimon Peres, holder of an ordinarily ceremonial post.

With the complicated, near-deadlock results between the two top parties, it is Peres, under Israel’s political system, who now must decide which party should be asked first to assemble and lead a governing coalition. By law, he must consult with all the parties as to whom they prefer as prime minister. Then, he must give the nod to whichever party he deems best able to put together a bloc of parties that will collectively bring 61 votes to the Knesset, Israel’s 120-member parliament.

Given the outcome, whom he might choose is anything but clear. Livni’s centrist Kadima, which won 28 mandates — a surprise, come-from-behind result — was the top vote getter. But Netanyahu, whose right-wing Likud came in just one mandate behind, had a strong claim to being the leader best able to pull together a majority coalition.

“Voters spent a long time deciding who to support, and

then woke up this morning finding out they have another decision to make — who to consider the winner,” analyst Itzhak Galnoor, a fellow of the Van Leer Jerusalem Institute think tank, told the Forward on February 11.

Dueling victory statements from each candidate made it seem as though the campaigns were still going on. Even as the vote count continued, Livni, basing her confidence on exit polls, insisted, “The people chose Kadima, and we will form the next government.”

Yet, according to some political experts, right now, neither Livni nor Netanyahu can even claim to be second, after Peres, in the power stakes. That role, they say, falls to Avigdor Lieberman, leader of the third-ranking, ultra-nationalist Yisrael Beiteinu party, who is being called the election’s kingmaker. Lieberman is well aware that his party’s 15 seats could be the factor that makes or breaks any coalition.

“The key is Lieberman,” said Galia Golan, professor at the Lauder School of Government, Diplomacy and Strategy at Herziliya’s Interdisciplinary Center.

Golan said that while Beiteinu’s more natural alliance is with Likud, it may be able to extract a “higher price” from Kadima, as compensation for the ideological gulf it would be crossing and because of Kadima’s “desperate” situation.

A Kadima-led centrist coalition propped up by Beiteinu would probably also include 13 members of Labor and five members of the Haredi party United Torah Judaism in order to meet the 61-seat mark needed for a parliamentary majority.

A Likud-led right-wing coalition that brought in Beiteinu would likely also include five members of United Torah Judaism, three members of the religious-Zionist party Habayit Hayehudi, four members of the ultra-nationalist National Union and 11 members of the Sephardic Orthodox party Shas, garnering 65 mandates. Some Likud politicians are believed also to want to bring in Labor and leave Kadima in opposition — an arrangement that would give the government 78 mandates.

This, of course, would dilute the coalition’s right-wing character. But there are believed to be factors discouraging Likud from forming an all-right or heavily right alliance.

Some political analysts offer an alternative scenario: Due to Lieberman’s radical stance against Israel’s own Arab citizens, both Livni and Netanyahu have reason to fear that a coalition with Beiteinu could undermine Israel’s credibility in the international arena. The analysts predict that this could lead to a freezing out of Beiteinu and a coming together of the two aspiring prime ministers.

“The most rational outcome would be for the two major parties to come together,” Galnoor said.

If either party is to go it alone and construct a government out of alliances with smaller parties, it will fail in its second year, and Israel will return to the polls, he believes.

Galnoor predicts that a national unity government will emerge as the way forward, and that Netanyahu and Livni will approach Peres together with a plan freeing him of the need to choose between them. The question of leadership would need to be thrashed out, of course. Galnoor regards a rotation agreement for prime minister such as that used in 1984, under the leadership of Yitzhak Shamir and Shimon Peres, as a possibility — even though the parties have spoken against the idea.

“Both should bring a partner,” Galnoor said. “Kadima should bring Labor. Likud should bring Shas. It would have around 80 members and just four parties, meaning that if one party quit, the government would not necessarily fall.

“Israeli voters have been waiting a long time, and I would expect and hope that the parties would do this.”

Arye Carmon, president of the Israel Democracy Institute, dismisses coolness by Kadima and Likud toward this option as “rhetoric coming straight after the election,” and thinks that “in a week or two or three, things will look different.” Aside from this possibility, “I don’t see any scenario that would allow either party to form a stable government with all the issues on the agenda.”

Finally, there is also a theory that a unity government could come about not out of a joint Kadima-Likud initiative, as in Galnoor’s scenario, but as a move by Likud to eliminate opposition if it is chosen to lead the coalition.

“Political logic dictates that Netanyahu needs to steal the carpet from under Tzipi’s feet, and therefore today he shall attempt to bring together the National Camp on all its factions and parties,” commentator Eitan Haber wrote on Ynetnews, a Web site run by the newspaper Yediot Aharonot.

He elaborated: “Only after he secures 61 Knesset seats, he shall turn to Tzipi Livni and Ehud Barak and offer them to join him. Their price on the political market will be very low by then. This way the National Camp’s dream shall be realized: Crush Kadima and break the Labor Party.”

Electoral Gridlock: Livni and Bibi Scramble For a Coalition