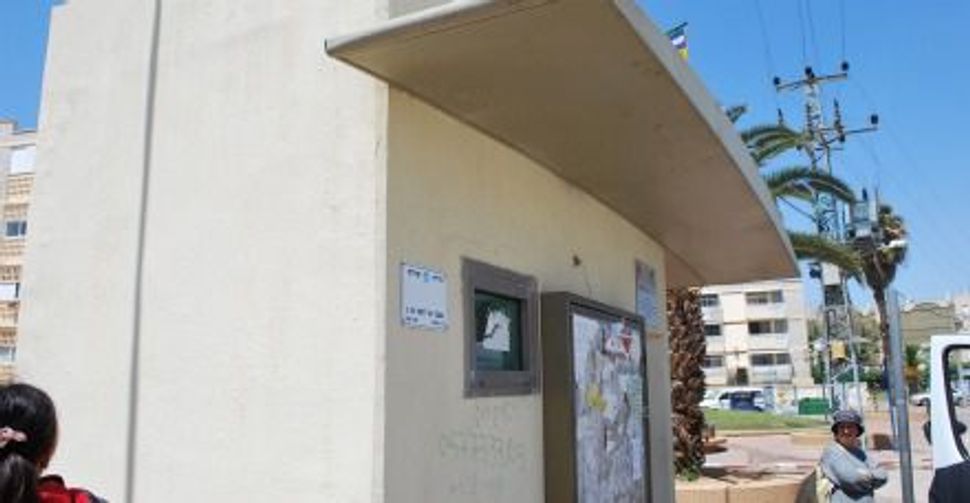 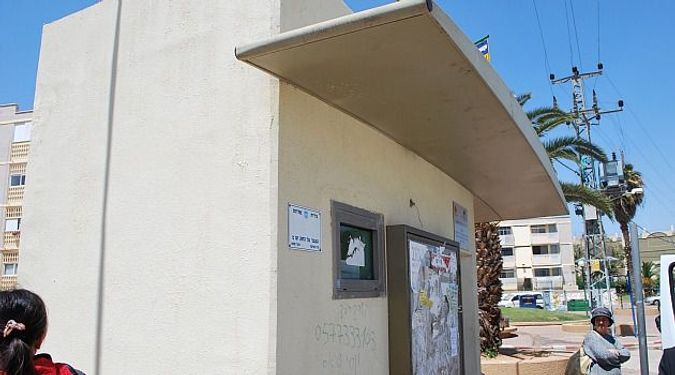 Safe Places: A bus shelter in Sderot, near the border with Gaza, has been transformed into a shelter from rockets fired by Palestinian militants. Image by garett khoury/the israel project

During outbreaks of violence in recent years, residents of Israel’s far north and far south fled to the center of the country, seeking refuge in Tel Aviv, Jerusalem and other areas thought to be safe. Now, if Iran should attack Israel, many wonder if the flow could go in the opposite direction.

The concern is that Iran would seek to hit Israel’s larger metropolises in the center of the country — and the range of rockets available to Hamas and Hezbollah could facilitate these attacks.

Ze’ev Bielski, chairman of the Knesset Subcommittee for the Readiness of the Home Front, told the Forward that border communities in the North and South are “more or less in better shape” than just about anywhere else in the country. “The problem is the center of the country, where thousands of missiles could be directed,” he said.

And yet, according to Bielski, more than one in five Israeli citizens have no shelter. Some Israelis are offering to help.

“We might be a place where people can come in time of crisis,” Alon Schuster, mayor of the Sha’ar Hanegev region, which abuts Gaza, told the Forward.

Mor Yehudai is a homemaker from Sderot, which has been a frequent target of rockets launched from nearby Gaza. She said she would be willing to host residents of central Israel in the event of an attack on one or more of Israel’s major cities.

“Though it’s just a few years ago, it seems a long time ago that it was just outlying areas where people felt at risk from rockets,” said Dovi Sharira, a Tel Aviv resident who works in information technology.

Further shifting concerns to the center of the country is uncertainty as to whether Hamas and Hezbollah would necessarily oblige Iran and retaliate on its behalf. “It’s the best option for the Iranians, but it’s not certain they will do it,” said Meir Elran, director of the homeland security program at the Tel Aviv-based Institute for National Security Studies.

Israel’s past actions have had a major deterrent effect on both organizations, and amid the Arab Spring, their willingness to obey Tehran is less certain than it had been. Hamas, for one, has severed ties with Iran’s ally Syria. “If there is a war between two powers, Hamas will not be part of such a war,” Salah Bardawil, a member of Hamas’s political bureau, based in Gaza City, told the Guardian.

Hezbollah, by contrast, has engaged in talk about fighting, but analysts are still uncertain as to whether it would take action against Israel on behalf of Iran. Sheikh Naim Qassem, the Hezbollah deputy, told Reuters in February that an attack on Iran would ”ignite the entire region.”

Yet Shlomo Aronson, an associate professor of political science at the Hebrew University of Jerusalem, said Hezbollah leaders fear that getting involved could bring about a long-lasting Israeli operation in South Lebanon. “Hezbollah has a huge arsenal which will require a large operation by Israel in South Lebanon if they intervene, which is why I think they would not intervene,” Aronson said.

Instead of a proxy war, Iran might target Westerners, Diaspora Jews or Israeli interests abroad, according to Elran.

But the possibility that the Israeli public fears most is direct rocket attacks from Iran. Tehran would have no reason to aim the rockets at border areas instead of at the center of the country. And while many citizens in the center lack bomb shelters, they are pinning their hopes on a newer form of defense: antimissile systems, such as the Iron Dome.

In Sderot and other municipalities along the Gaza envelope, many residents have long claimed that the government isn’t doing enough to stop incoming rockets or to ensure that local homes have adequate bomb shelters. Israel purchased its antimissile systems in response to lobbying from these Gaza-area communities. But defense analysts believe that such antimissile systems are more effective in dealing with long-range missiles — the kind Iran might launch — as opposed to short-range missiles launched from Gaza.

“With active defense systems, we are better prepared to deal with [missiles from Iran] than we are to deal with Hamas and Hezbollah, strange as it may seem,” Elran said.

One scenario for which Israel is ill prepared is a launch of a chemical warhead. There are only enough gas masks for 62% of the population, most of which have been distributed, military spokeswoman Avital Leibovich, told the Forward. “It’s a matter of budget,” she said.