Why No Love for Security Cooperation? 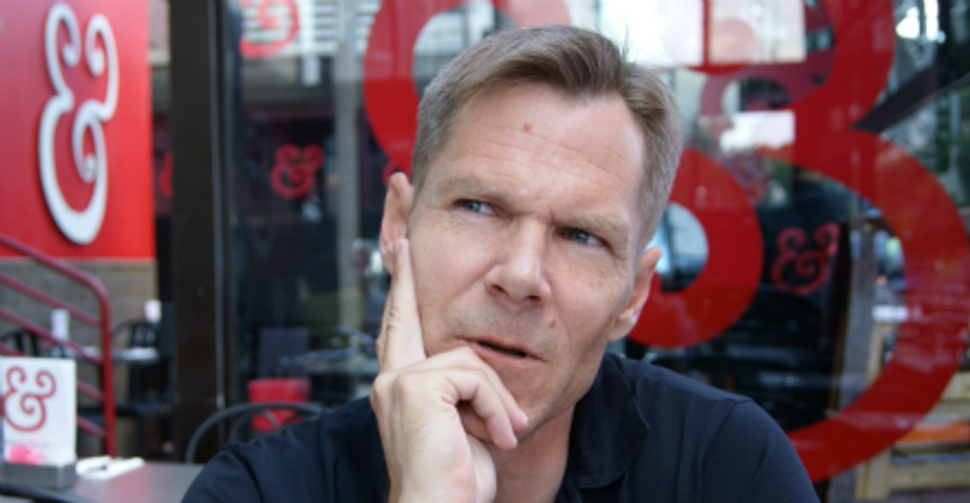 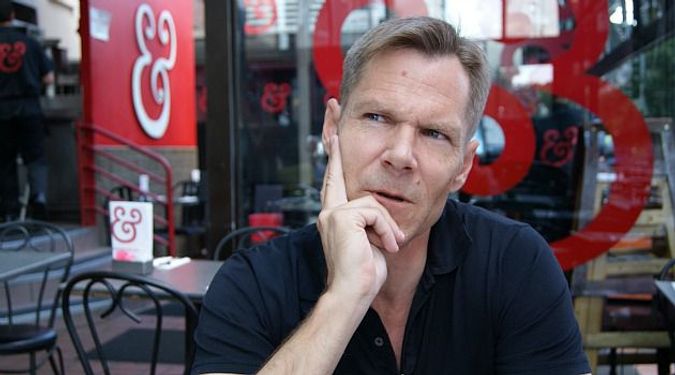 Build on Success: U.S.-led Israeli-Palestinian security cooperation is a rare success story amid the failure of the Mideast peace process. Ret. Maj. Steven White wonders why there is so little effort to build on its success. Image by nathan guttman

As America’s failed efforts to advance the Middle East peace process fell like debris all around him, Steven White, a major in the U.S. Marines who was shuttling between Jerusalem and Ramallah, grew ever more upset over what he saw as Washington’s determination to spurn its only success in the field.

That success, in which White played a central role, was the creation of a Palestinian security force capable of working jointly with Israel to curb terrorism originating in the Israeli-occupied West Bank.

“We were like marriage facilitators, we got both sides to do the work themselves,” said White in a June 6 interview. “For the first time, we had something working on the ground, something that showed real results.”

It is a success whose praises have been sung even by Israeli military officers in formal hearings before the Knesset, Israel’s parliament. But for Washington, whose idea the whole thing was, the Palestinian security force was an unwanted stepchild, White says.

“Nobody thought the mission would go anywhere,” recalled White, who was with the team from its 2005 launch. “They all saw it as just checking the box on security.”

Convincing Washington to support the security mission remains a tall order even today. Despite the undisputed progress the Palestinian security force has shown on the ground, Republican lawmakers in the House of Representatives have recently put yet another hold on funds for maintaining and developing the force, as a demonstration of their displeasure with policies adopted by the Palestinian Authority.

Now, White, who has since retired from the Marines, is sitting down with former Army colonel P.J. Dermer, his colleague in the security force project, to pen a book about what they saw.

White spent more than five years as a senior adviser to the United States Security Coordinator for Israel and the Palestinian Authority, and was especially close to Keith Dayton, the Army general who headed the USSC mission from 2005 to 2010. Dayton is credited with building Palestinian security capacities and boosting Israeli-Palestinian security cooperation to a level never before seen. Terror and violence have dropped to an all-time low, thanks in part to the work of Americans.

“Major issues were resolved via informal get-togethers rather than formal meetings,” White related in a recent article on the website of the magazine Foreign Policy, “notably with [Israeli military] Chief of Staff Lt. Gen. Gabi Ashkenazi, at his home, or with other key Israeli commanders in relaxed settings and far from the view of eager diplomatic note takers. It was often at these meetings where resolutions to long-standing issues — such as the opening of the a new West Bank crossing site, elimination of long-standing checkpoints, and facilitation of the Palestinian Authority’s 2008 Bethlehem Investment Conference — were hashed out.”

American diplomats and political leaders, meanwhile, struggled with the Israelis and Palestinians in their more formal settings, while spurning, according to White, the proven avenue of trust that the United States itself had fostered. The USSC’s approach, he wrote, “was counterintuitive to our very hierarchic and cautious counterparts at the State Department, who preferred to make a decision only when every option had been thoroughly examined or exhausted, and only upon final written permission from Washington.”

White believes that greater consultation with the security coordinators could have given American peace efforts in the Middle East a better chance. And he offers concrete examples.

In late 2010, following the failure of the most recent American attempt to bring together Israelis and Palestinians through “proximity talks,” Senator George Mitchell, the Obama administration’s special envoy to the region, suggested that Israel should transfer security responsibilities to the Palestinians in additional areas of the West Bank. When Dayton, as the senior American in charge of building Palestinian forces, was asked for his opinion, he told Mitchell, according to White’s recollection, that it would be a bad idea. Only five of the needed 10 Palestinian battalions were in operational shape, and besides, Dayton reported, the Palestinian security chiefs had told him themselves that they were not yet interested in extending their responsibilities.

Dayton and his aide were not surprised when the Israelis turned down the offer.

“When you throw something at the Israelis that is completely ill thought out, half-baked, do you think it will resonate?” White asked. “It’s amateur hour.”

Dayton handed in his resignation shortly after, in October 2010. His aides believe that this incident was the last straw. Afterward, White observed, despite Dayton’s five years at the USSC’s helm, President Obama never asked him for an exit interview, though Dayton met three times with George W. Bush in the Oval Office to review the progress of the mission.

The frustration of Dayton’s team focused particularly on Mitchell, who took over the peace promoting efforts in early 2009. Cooperation between the diplomatic team led by Mitchell and the security mission led by Dayton was kept to a minimum. The efforts were seen as separate. White accused Mitchell and his aides of having no experience on the ground.

“It’s as if they think that because they took a graduate course in Middle East history when they were in Harvard or what not, they completely understand everything that needs to be done,” White said.

But Edward Abington, who served as American consul general in Jerusalem from 1993 to 1997, sees nothing unusual in these tensions. In an interview, Abington called White and Dermer’s approach to Dayton’s mission “naive” and said they see only half the picture. “Dayton did a lot to professionalize Palestinian security forces, and that is important, but that won’t bring peace between Israelis and Palestinians, because it had to do with land, settlements and much more,” he said.

Dayton, a career Army officer experienced in political-military issues, was the second chief of the USSC, taking over for Kip Ward who oversaw the mission in its first months. Established in March 2005 by the Bush administration, the USSCwas tasked with helping rebuild Palestinian security capacities for both fighting terror and maintaining law and order after trust between the two had almost completely broken down following the second intifada. The USSC is staffed with American, Canadian and British personnel and receives nearly $100 million a year from the U.S. Congress to fund its operations.

White, who is the son of a famed Hollywood police detective and grew up as an evangelical Christian, arrived at the mission after studying in Jerusalem and picking up not only some Hebrew, but also a sense of Israeli concerns and fears. He witnessed a terror attack in Jerusalem in 2001, and during his term with the USSC he argued constantly against a prevailing view in diplomatic circles that ignored Israel’s security concerns.

Dayton was initially greeted with mistrust on the Israeli side. “My grandchildren will still fight this war,” Israel’s chief of staff, Dan Halutz, told Dayton in their first meeting.

But as terror subsided and as the new Palestinian government showed its interest in building efficient security forces and preventing violence, the Israelis came around. As the positive results emerged, military commanders in Israel’s Central Command and in the army headquarters in Tel Aviv became the program’s chief proponents. “You were able to change our mental disk,” Amos Gilad, who served as Israel’s coordinator of government activities in the territories, told White. “You can send George Mitchell back and forth to the Middle East as much as you like, but expanding what Dayton is doing in the security realm to other sectors of Palestinian governance and society is really the only viable model for progress,” said Michael Oren in a 2009 interview, several months before appointed Israel’s ambassador to the United States.

The Palestinians shared this sentiment. “It’s hard to argue with the fact it was very successful,” said Khaled Elgindy, who was an adviser to the Palestinian negotiation team at the time and is now a visiting fellow at the Brookings Institute. “It is one of the few bright spots in the situation.”

On the ground, the USSC is still operating and is continuing to show success. On June 8 the Pentagon announced a new commander for the mission. Paul Bushong, an admiral currently with the U.S. Pacific Command, will replace Michael Moeller, the general who took over from Dayton at the end of 2010.

Bushong’s challenge could be in many ways tougher than that of Dayton in 2005. The security cooperation system may seem stable, but the lack of progress on the diplomatic track could endanger its future. “There’s a very strong feeling on the Palestinian side that they did not get enough,” Elgindy said. “We met our obligations on the security side, and still the U.S. has failed in freezing the settlements or in implementing a significant diplomatic process.”

Why No Love for Security Cooperation?