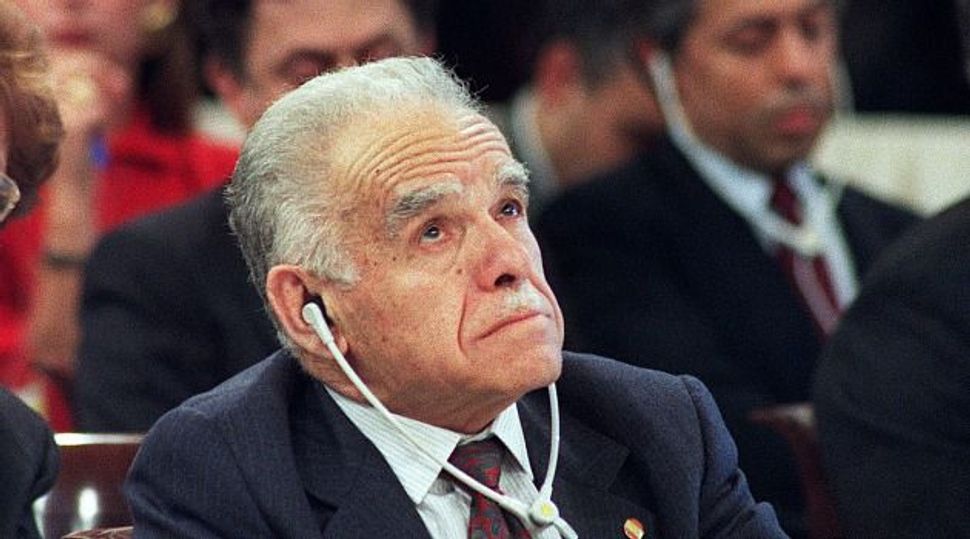 Of all the Israelis that have led Israel since its inception in 1948, Yitzhak Shamir is the only one who was a true zealot. A modest and moderate man with infinite self-control, he was nonetheless a fanatic devotee of his vision of the Jewish people and the Greater Land of Israel. The end, in his eyes, always justified the means.

I covered Shamir during his years as prime minister during the late 1980’s and early 1990’s, accumulated many “Shamir hours” in his bureau and – much to the chagrin of many of my colleagues and most of my friends – both liked and admired him. He had what Americans would call “true grit” in his ideological convictions, was undeterred by hardships and unmoved by temptations. He kept his eye on the only ball that mattered to him – the preservation of the Greater Land of Israel – and viewed everything else as subservient diversions. He was one of the last of the “generation of giants” who had fought, often against all odds, for the establishment of the Jewish homeland.

Despite his public image as a dull politician and uninspiring leader, Shamir was a well-read man and an engaging conversationalist who, unlike many of his close-minded and thin-skinned successors, was possessed with enough self-confidence and intellectual curiosity to relish debate and criticism. He had a grudging respect for wily ideologues made in his own image, even if they came from the opposite end of the ideological spectrum. The first newspapers he read in the morning were the now-defunct left-wing party organs, Davar and al-Hamishmar; the perennial Soviet foreign minister Andrej Gromyko was one of his adversarial favorites.

He had an instrumental approach to ultra-Orthodox parties and viewed their demands for greater control of religious life as a reasonable price to pay for their support for his right-wing policies. But he miscalculated the vehemence and outrage of American Jewry when he agreed in 1988 to give the ultra-Orthodox exclusive control over conversions, and capitulated in order to appease American Jews, whom he viewed as even more critical to his overall designs.