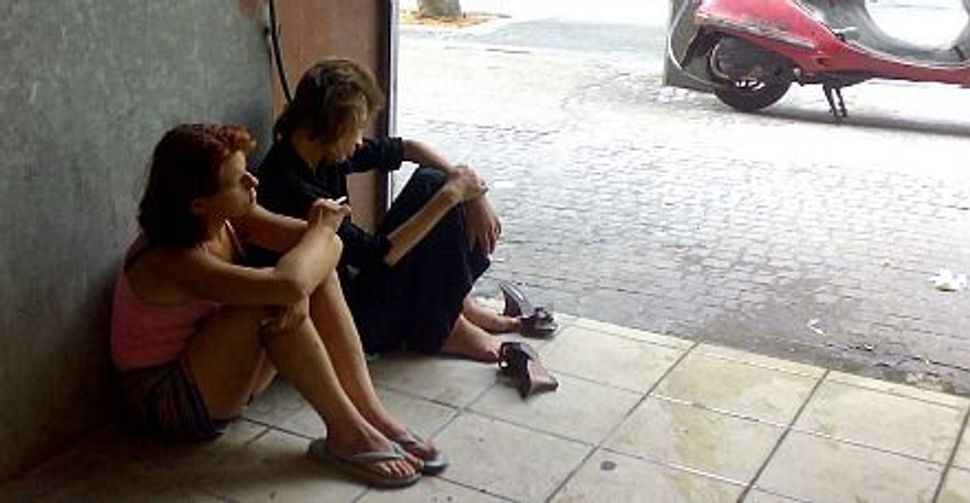 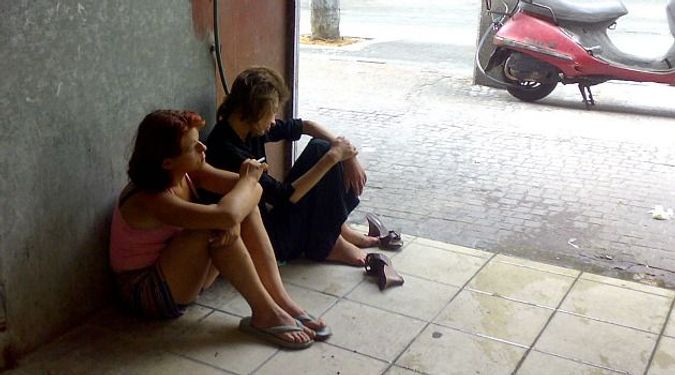 From nailing pimps to cracking down on forced labor, Israel is doing a much better job of preventing so-called human trafficking, according to a new report by the U.S. Department of State.

Trumpeting successes like the convictions of a pimp who sold Eastern European women into sex slavery for $5,000, Israeli officials say they are proud to have made the top tier of an annual report on the issue, put out by the United States.

“We didn’t do this to satisfy the State Department,” said Rachel Gershuni, national anti-trafficking coordinator at Israel’s Ministry of Justice. “We did it because Israel thought it was the right thing to do.”

The upgrade means that, for the first time, the United States regards Israel among the countries actively fighting trafficking of people for prostitution and slavery and taking care of trafficking victims.

It came as a piece of good news about Israel’s treatment of foreigners at a time when headlines are dominated by reports on growing xenophobia and a crackdown against illegal African immigrants.

Still, nongovernmental organizations in Israel that deal with human trafficking criticized the move and said Israel has much more to do.

In its annual report, “Trafficking in Persons,” published June 19, the State Department was full of praise for Israel’s actions. “The Government of Israel fully complies with the minimum standards for the elimination of trafficking,” the report states, noting improvements in protection of victims, in prosecution of traffickers and in prevention of human trafficking activity.

The issue has historically been a sore spot. Israel was initially placed in Tier 3 of the three-tier ranking system, which was launched in 2001, putting it alongside other countries that were not responsive at all to the issue. It later climbed to the second tier but in 2006 dropped to the Tier 2 Watch List, which indicates a risk of falling to the third category. Israel later climbed back to a regular Tier 2 status, and the recent report added Israel to the Tier 1 club for the first time.

It is one of 32 states in the world that earned the top grade. Gershuni added that the upgrade should have taken place two years ago, because of the improvement already made at the time in Israel’s treatment of the trafficking problem.

Since the 1990s, Israel has been a hot spot for trafficking in people in two of its harshest forms: prostitution of women, mainly from Eastern Europe, and forced labor of workers coming from a variety of countries and facing modern-day slave-labor conditions.

Women forced into prostitution are often smuggled into Israel by traffickers through the Sinai desert border, then held in subhuman conditions in brothels and raped and sexually abused by their pimps. Few dare to escape, and those who do face the challenge of convincing Israeli authorities that they were victims.

Forced laborers arrive under different circumstances. Most enter Israel voluntarily and legally. Once their work permits expire, employers or labor brokers refuse to return their passports, refuse to pay them or bar them from finding better jobs.

The State Department report lists improvement made in all categories, including law enforcement activity, identification of victims and the furnishing of assistance to those targeted by traffickers.

Israel, according to government figures, has seen a dramatic drop in the number and the severity of prostitution trafficking cases. It also provides victims with shelter, legal aid and temporary worker visas, all exceeding international requirements for treating trafficking victims.

Israeli authorities point to the recent conviction of super-pimp Rami Saban as demonstrating how far Israel has come in dealing with the problem. Saban was sentenced in May to 18 years in prison for 13 cases of forced prostitution. He smuggled women from the Former Soviet Union through Egypt into Israel and sold them to local brothels for anywhere from $5,000 to $7,000.

In the past, law enforcement and the courts viewed cases dealing with prostitution as vice crimes. They were met with relatively light penalties. But now, Israeli law includes a specific offense of trafficking in humans for prostitutions, and it mandates heavier punishments.

“This gave the bureaucracy a new button to push,” Gershuni said. “It made these crimes a human rights offense.”

Israel also saw progress in two other forms of trafficking. It gained its first conviction in a court case against an Israeli accused of trafficking for the purpose of facilitating organ transplants. It also won a landmark conviction of an Israeli who held a worker from the Philippines in conditions described as “slavery.” The Filipina woman was forced to work seven days a week, was denied free movement and was roomed in poor conditions. Her employers held her passport, thus preventing her from leaving the country.

While all sides active on the issue praise the actions already taken, NGOs providing protection and help to foreigners in Israel think the State Department’s upgrade was too soon and that important work still needs to be done.

“Nothing happened to justify this,” wrote Oded Feller, an attorney from the Association for Civil Rights in Israel, in a mass email to activists. He noted recent legislation allowing bondage of caregiving workers to their employers, lack of prevention of forced labor trafficking and maltreatment of asylum seekers who fall prey to criminals in the Sinai desert as problems that still plague the treatment of trafficking victims.

Advocates are particularly concerned about the ongoing crackdown against illegal immigrants, especially Africans. Human rights activists fear that mass deportation and indefinite imprisonment of these immigrants could cast too wide a net, which will indiscriminately harm the trafficking victims entering Israel through Sinai.

Gershuni asserted that her office has made a clear distinction between victims of human trafficking and other foreign nationals entering Israel, saying that the former are victims of criminal offenses and should be treated as such.