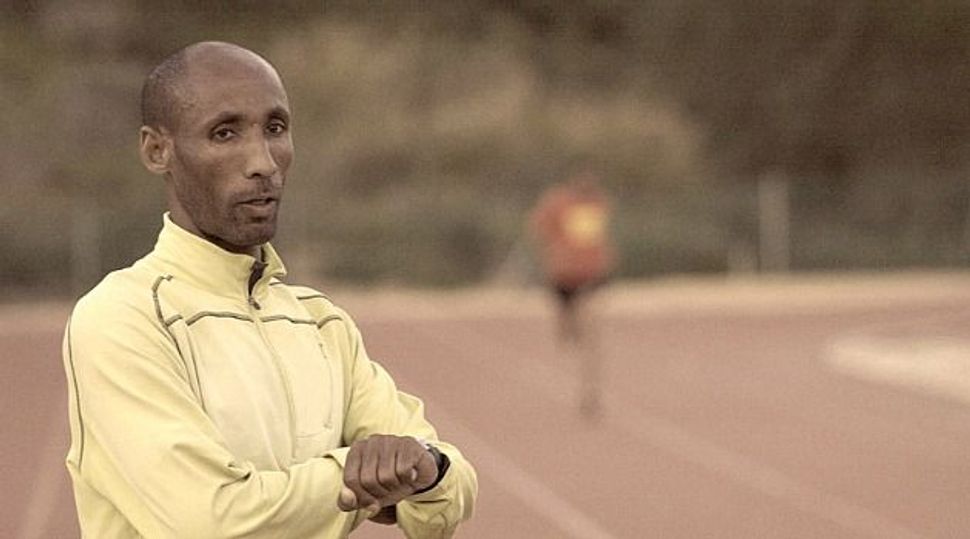 Marathon Man: Zohar Zemiro was born in Ethiopia, but came with his family during the airlift of Jews when he was 10. Now he?s running for his new homeland in the Olympics.

After placing 10th at the Amsterdam marathon last April and becoming the first Israeli athlete to qualify for the 2012 Olympic Games, Ethiopian-born Zohar Zemiro was succinct about how he felt: “It is the happiest moment in my life,” the distance runner told the Israeli Athletic Association, which named him its 2011 Athlete of the Year.

With a time of two hours, 14 minutes and 28 seconds in Amsterdam for the grueling race of 26.2 miles, Zemiro broke his previous personal best: two hours, 21 minutes and 33 seconds, achieved just a few months earlier, at Israel’s Tiberias Marathon, where Zemiro placed second among all Israelis and 18th overall.

About 120,000 people make up the Israeli Ethiopian community, and a number have become distinguished athletes, many in track and field events. Besides Zemiro, who made aliyah at age 10, other Israeli Ethiopian distance runners include fellow marathoners Setegne Ayele and Asaf Bimro, a retired Olympian who represented Israel in 2004.

Zemiro’s road to the Olympics wasn’t without its twists and turns. After a last-minute decision in the fall of 2011 to run sockless, a common practice among Ethiopian runners, Zemiro dropped out midrace at the International Association of Athletics Federations World Championships marathon in Daegu, Korea, after 25 kilometers. And in June of this year, he tested positive for terbutaline, a banned substance commonly found in asthma inhalers. The failed test was an unfortunate blow, leaving his future as a competitor uncertain a little more than a month before the July 27 start date of the games in London. Though dismayed, Zemiro was confident that he would recover. ”I have always believed in fair and clean competition,” he told Haaretz on June 14. “I am certain that the circumstances that have resulted in [this] will not prevent me from representing Israel at the Olympics.”

Sure enough, the Anti-Doping Committee lifted his suspension later that month. With the way finally clear, Zemiro, once again, did not mince words. “I’m happy that this hell is behind me,” he told The Jerusalem Post.