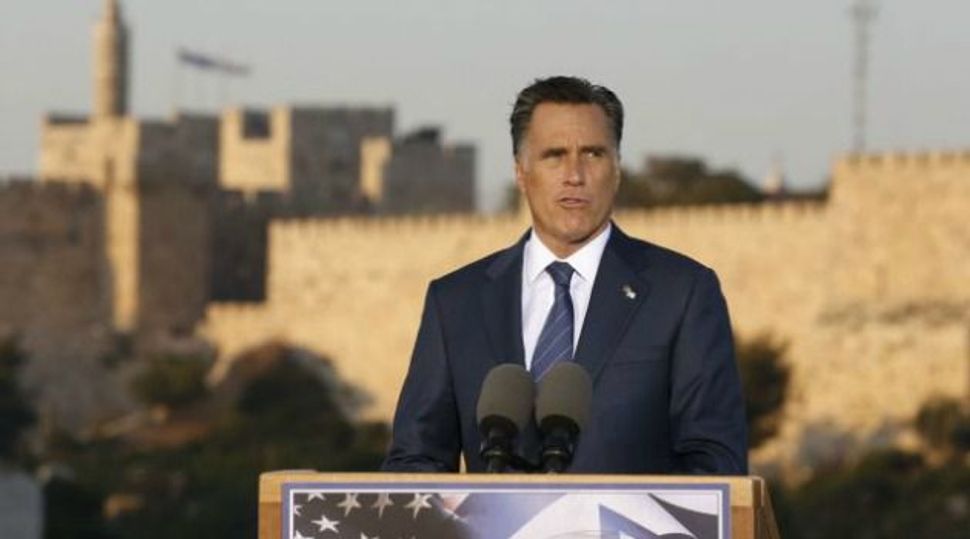 Right Chord: Mitt Romney struck all the right notes in a speech to supporters in Jerusalem. Image by getty images

It felt more like a wedding than a political rally. For his speech, Mitt Romney chose the spot that brides and grooms would die for, a large outdoor patio with panoramic viewpoint with a grand view of the walls of Jerusalem’s Old City walls. And at sunset.

An hour before Romney mounted the platform, which bore the slogan “freedom and democracy” on the front, his crew were running around with bouquets of flowers that decorated the venue. 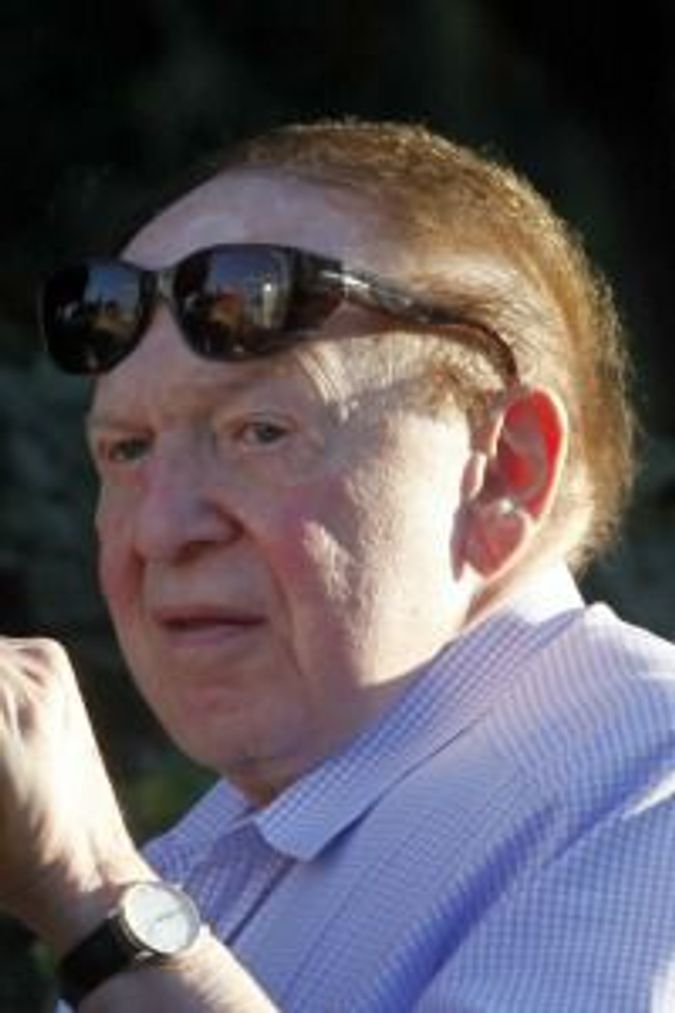 It didn’t just look like a wedding. In a sense it was: Romney’s act of union with his Israeli supporters, 300 of whom applauded him ceaselessly.

“I’m elated that he’s here,” said Marc Zell, co-chairman of Republicans Abroad Israel. Auri Spiegelman, a physician from Los Angeles who has lived in Israel for 12 years, said that he was excited because of his dismay at President Barack Obama. “All he’s done is make trouble for us,” he said.

Joining the crowd was billionaire Sheldon Adelson, who has donated millions of dollars to Romney’s campaign as well as to other Republicans in hopes of unseating Obama.

There were also some non-Americans there who were equally wooed by Romney. “A second term for Obama is likely to be terminal for Israel,” said Martin Sherman, a South African-born writer who now lives in Jerusalem.

The speech also got good marks from analysts. “I thought it was excellent, Hannah Diskin, a professor at Hebrew University. “He really doesn’t hesitate to go with it and show that he’s a real friend of Israel.”

Romney’s “movie star” looks have impressed many in Israel, and it was difficult not to find his appearance imposing with his position making him look as if he was actually straddling the Old City walls.

As soon as he started talking, after an enthusiastic introduction by Jerusalem’s mayor Nir Barkat, he pushed all the right buttons, saying everything that Republicans in Israel could have wanted him to say. As had done many times in the day he referred to the Fast of Av, which was in its final moments.

It is remarkable to consider how much adversity” the Jewish people have faced, he said, going on to remember a terror attack at Hebrew University that took place 10 years ago. Romney then paid tribute to the athletes and coaches “massacred at the Munich Olympics 40 years ago.”

“I love this country,” he said. “I love America.” He spoke at length of values that his America shares with Israel. And he quoted the late Israeli Prime Minister Menachem Begin who said “never again will out independence be destroyed.”

Speaking in Jerusalem, he reiterated that he considers the city to be the capital of Israel.

Despite the enthusiasm, Romney broke what he appeared to lay down as one of his own rules for his Israel trip: adherence to the convention of not criticizing his opponent in the Presidential race from outside the US. In an interview with Haaretz he said that he could not discuss settlements as the doing so would show “distance between me and the president” which would “not be appropriate for me to do while on foreign soil.”

But from the podium in Jerusalem he unleashed a thinly-veiled attack against Obama for his perceived less-than-firm backing of Israel.

Perhaps most important of all to the crowd, he reiterated his hard line on Iran — much focused on after one of his aides said he would “respect” an Israeli decision to strike Iran — not only reiterating but claiming that the moral argument is on his side and that of hawkish Israelis. Those who take a soft line on Iran do the world a disservice, he argued.

In a departure from the scripted speech, he declared: “We are the true peacemakers.”