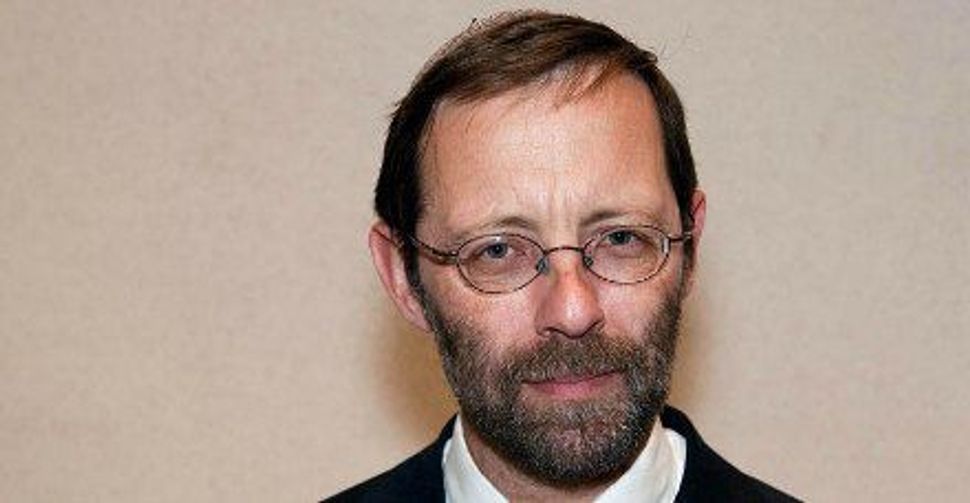 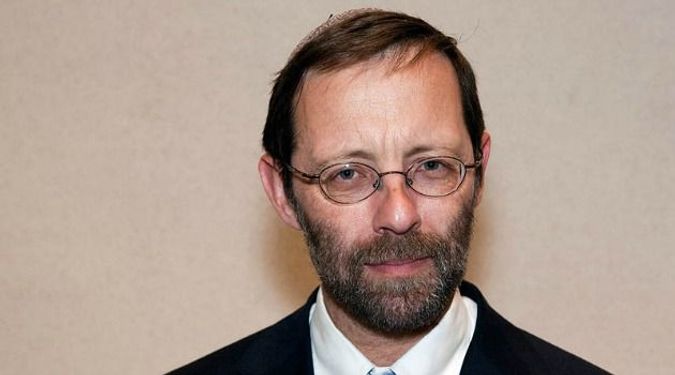 Man Behind the Curtain: Moshe Feiglin is not well known. But he is sometimes lampooned as the man who makes decisions for Israel?s ruling Likud party. Image by getty images

He’s the man who has brought God into Israel’s ruling Likud party and is perhaps the most important party insider you’ve never heard of.

A bearded, yarmulke-wearing settler, Moshe Feiglin sips coffee and says with conviction that he will lead Likud further right and will become prime minister. He doesn’t have a Knesset seat, and he talks like a dreamer, but analysts say he may control more than one-fifth of the votes on Likud party committees that select candidates for the Knesset.

“Feiglin and people associated with Feiglin have actually restricted Netanyahu’s orientation to the center,” said Abraham Diskin, a political scientist at the Hebrew University of Jerusalem.

Feiglin, a resident of the West Bank settlement Karnei Shomron, joined Likud 12 years ago, after years of grassroots activism, with the explicit goal of radicalizing the party from the inside. And in February, after long years of building up support within the party’s central committee, he made his strongest bid so far to lead the party that governs Israel. His movement, Manhigut Yehudit, or Jewish Leadership, had recruited about one in 10 of the 100,000 Likud members eligible to vote in the party primary, but his popularity in that election went well beyond these loyalists. In the Likud primary contest that month, he received almost one in four votes.

While this left Prime Minister Benjamin Netanyahu firmly in the helm as party leader, his rivalry with Feiglin is far from over. In fact, it may be about to go into full swing.

The decision by the centrist Kadima party to walk out of the ruling coalition on July 17, just 70 days after agreeing to join, has fueled rumors that elections could be in the cards again. If so, this will necessitate a new party primary to select a list of Likud candidates for the next Knesset — a task over which analysts say Feiglin will have significant power.

“He can make a difference by pushing hawkish Likud members up the list, making the ability of Netanyahu to follow policies of the center more difficult,” Diskin said. If the Likud is returned to the Knesset with a strong Feiglin contingency, he said, Netanyahu could never repeat the 10-month freeze on the expansion of Jewish settlements on the occupied West Bank that he offered the United States in 2009–2010.

During a period in which all meaningful power politics is taking place within the right, Gidi Grinstein, founder and president of the Reut Institute think-tank, believes that Feiglin’s effort is currently “splitting Likud” between those willing to discuss territorial compromise and those seeking to drive a stake through any such impulse.

Currently, according to Knesset insiders, between five and 10 of Likud’s 27 lawmakers work or strategize with Feiglin. And his strength is thought to have influenced Netanyahu’s reluctance to give the green light to the evacuation of the illegal outposts Beit El and Migron, which he eventually ordered for this summer, but only under the pressure of a Supreme Court ruling. Feiglin’s influence was also seen in Netanyahu’s decision to approve large new building projects in the settlements.

But Feiglin’s ambitions go far beyond preventing settlement freezes. He wants to change entirely the way that his party and his country make decisions and present themselves to the world.

Among other things, Feiglin wants to completely end foreign aid to Israel. Accepting it, he says, leaves Israel beholden to other countries, especially America, and constitutes an “immoral act.” He believes that if Israel uses Jewish heritage rather than democratic values to determine and justify its policy in the West Bank and Gaza, the world will accept it. He also advocates encouraging the Palestinians in the West Bank, as well as the Arabs who are citizens of Israel, to emigrate, using financial inducements. He doesn’t propose revoking citizenship of Israeli Arabs, but says that only Jews should be eligible to receive Israeli citizenship in the future.

“What counts is where we stand ourselves,” he said. “The world knows exactly what Israel is about, what it represents and what it’s supposed to represent. What we are running away from is what we represent when we’re saying, ‘I’m not a Jew, I’m a liberal, I’m just another Anglo-European-American country, a Hebrew liberal whatever.’”

During its four decades of existence, the Likud party, inspired by the right-wing ideology of Zionist thinker Ze’ev Jabotinsky, has promoted settlements and has often been seen as hard-line and even ethnocentric. But it has never been theocentric.

Feiglin is changing that. “If you don’t believe in God there is no reality,” he said. And for him, the political importance of this is clear. “The basic belief of the left is, there is no God and therefore there is no truth.”

Arye Naor, Cabinet secretary to Menachem Begin during the latter’s premiership and an emeritus professor at Ben-Gurion University, where he researched the Israeli right, is unnerved by the influence of this kind of ideology in the Likud. “The theological element and ethnic extremism just isn’t Likud,” he said.

An adviser to Netanyahu, speaking on condition of anonymity because of the sensitivity of the subject, said, “The prime minister believes strongly that Likud is a national and a liberal political movement, and we believe that there are some members who have joined who are not natural members of this movement.”

For Feiglin, however, party history means nothing when considered against God’s will and the Bible, as he understands them. To Feiglin, Netanyahu lacks the political will that comes from such convictions. The prime minister “could not get the train of Oslo to turn back…. He’s still on that train.” Switching transport metaphors, he describes Netanyahu as “a great pilot, flying nowhere.”

“When was the last time you heard a prime minister or even ambassador in London or New York saying these simple words: ‘This is our land’” he asked.

These are the words that propelled Feiglin, now 51, into politics. In 1994 he founded Zo Artzeinu (This is our land), a protest movement opposed to the Oslo peace accords with the Palestinians. In the course of his anti-Oslo activism, he was arrested frequently for civil disobedience and indicted for sedition against the state. He was convicted and sentenced to 16 months in jail. This was commuted to six months of community service, which he spent helping in a retirement home.

In 1996, Zo Artzeinu evolved into the Manhigut Yehudit, which Feiglin led into the Likud party four years later. He saw this faction as his launching base for ultimately dominating the party. Feiglin led the campaign within the Likud against the 2005 disengagement from Gaza. Prior to his campaign for party leadership in February, he ran for Likud leadership in 2003, 2005 and 2007.

Feiglin claims that it is not too late for Israel to change tack and take the approach it should have taken in 1967.

“The world would have cheered” had Israel asserted biblically ordained rights over the West Bank and Gaza and annexed the territories upon capturing them then, after the Six Day War, he claimed. The fact that international opinion took a different turn is Israel’s own fault. “You cannot complain to the world if you yourself don’t have the belief in what you are doing here, not only in Judea and Samaria, but also in Tel Aviv.”

If he ever gets to lead Likud and the country, Feiglin says, he will annex the West Bank and Gaza and give Palestinians residency but not citizenship. In his vision, this would bring about a unilaterally imposed peace. Feiglin has even thought about what he would do with the money saved by this resolution of the conflict.

“With the money that Israel throws [at] building bomb shelters around the Gaza Strip, on building fences, missiles against missiles, [it could be] investing that money on helping these people,” Feiglin said, referring to the Palestinians. They are, he claimed, “itching to emigrate” and would do so if given a grant.

“Over 10 years, half a million dollars could be invested in each Arab family in Judea and Samaria to help them find their future where most of them wish,” he said.