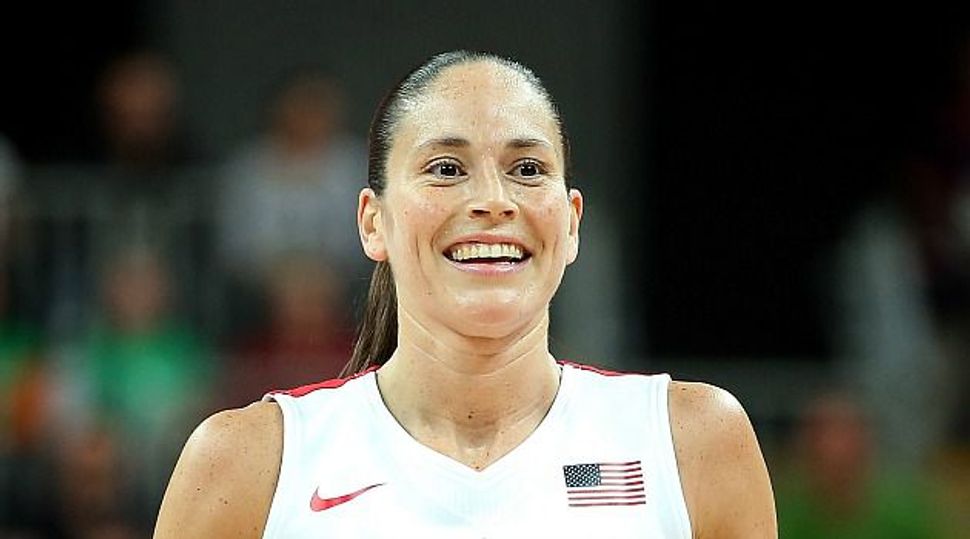 Israeli Hope: Sue Bird may be the only Israeli citizen who wins a medal in London. Too bad she?s playing for the U.S. Image by getty images

So far, no Israeli athlete has captured a medal, although one Israeli citizen is likely to change that before the end of the Games. The only thing is, she’ll do it in an American uniform.

As the United States continues to cruise toward a gold medal in women’s basketball, Sue Bird is coming closer to her third gold medal. The U.S. team plays France for the gold medal on Saturday, Aug. 11.

The star guard from the WNBA’s Seattle Storm won gold with the U.S. in Athens in 2004 and Beijing in 2008, and with the Americans rolling past the opposition under her old college coach (Geno Auriemma from University of Connecticut), Bird is likely to add a London gold to her collection.

Bird, the daughter of a Jewish father and a non-Jewish mother, has held dual citizenship with Israel since 2006. Her Israeli passport makes it easier for her to play in Europe during the WNBA’s offseason, avoiding the quotas many leagues have on Americans. Bird has played in Russia for the past eight seasons, the last six for Spartak Moscow Area.

A three-time selection to the All-WNBA First Team and a two-time WNBA Champion with the Storm, Bird continues to play at an elite level professionally – she’s averaging 13.3 points, 3.4 rebounds and 5.5 assists per game with the Storm – but on a loaded U.S. team, she takes a backseat to the likes of Diana Taurasi, Angel McCoughtry and Tina Charles in the scoring department. Bird is averaging just over five points per game heading into Saturday night’s gold medal game against France.

Bird, who was raised in her mother’s religion, played high school basketball for New York prep powerhouse Christ the King, and splits time between the U.S. and Russia.

She might not be the kind of Olympic medal representative Israelis had in mind as the games began. However, the 2012 Games have been a disappointment for Israel, with several hopefuls crashing out. While Israel still has athletes competing in rhythmic gymnastics and the men’s marathon, Israel may have to take what it can get when it comes to Olympic medals.