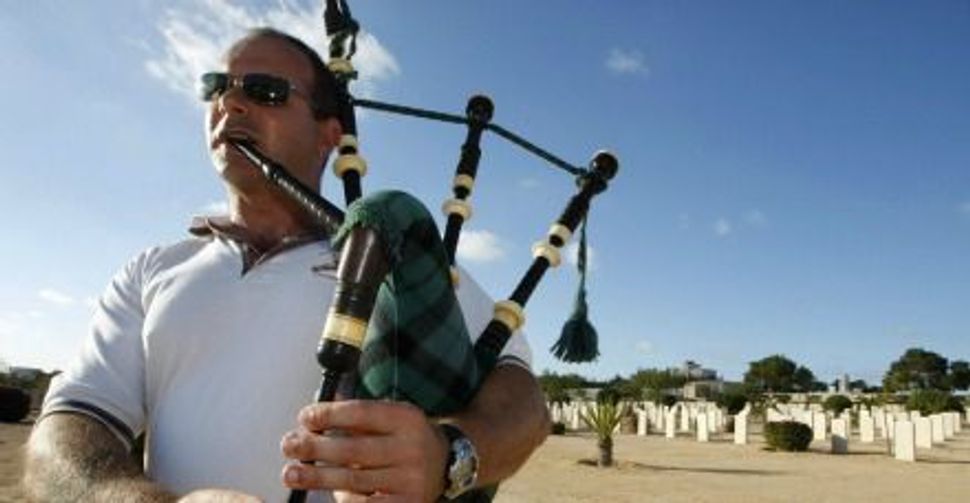 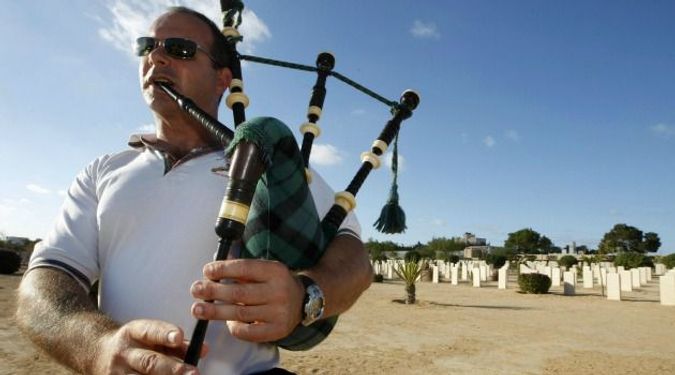 Pomp and Chaos: The biggest problem for the U.S.-led peacekeeping force in the Sinai Desert used to be ceremonies honoring past conflicts. Now it threatens to be engulfed by instability as the desert turns into a regional trouble spot. Image by getty images

Recent unrest and violence in Sinai are leaving more than 1,500 troops from the United States and other countries exposed as they seek to maintain a peacekeeping mission there that many experts now criticize as anachronistic.

The troops’ presence in Sinai, mandated by the 1979 Camp David peace accords between Israel and Egypt, has served as a guarantor of that treaty. But current developments are transforming the peninsula, long seen as a vast desert buffer that reinforced the treaty, into a regional flashpoint putting the fragile peace between the two nations at risk.

The deteriorating security conditions stem from jihadist and militant Bedouin groups that are engaging in increasingly bold actions against both the Egyptian and Israeli governments. But the Multinational Force & Observers, as the peacekeeping mission is known, are not legally allowed to go after these groups, even when their activities take place in plain sight of the troops’ encampments.

“They are sitting in the middle of all this, but they can’t do anything about it,” said P.J. Dermer, a retired Army colonel who commanded an MFO battalion and served twice as an American military liaison to Israel.

In the view of many policy experts, this is but one dimension of an increasingly complex security situation in Sinai as the consequences of Egypt’s 2011 ouster of longtime dictator Hosni Mubarak unfold.

In early August, Mohamed Morsi, Egypt’s new, democratically elected president, used the recent violence in Sinai as his justification for sacking the country’s top military commanders. Since Mubarak’s overthrow, those commanders have been struggling for political predominance with the Muslim Brotherhood, the country’s mainstream Islamist movement, which sponsored Morsi’s candidacy in June. The group also emerged as the most powerful faction in parliamentary elections held between November 2011 and January 2012.

As Egypt’s high-stakes political tug-of-war continues, the United States, which long supported Mubarak and maintained close ties with the ousted commanders, is looking for practical measures to bolster security on the ground in Sinai without falling into domestic political pitfalls.

The MFO mission in Sinai, led by the United States, is concentrated in two major bases: a northern one in El Gorah, near Gaza, and a southern base near Sharm El Sheikh, on the Red Sea. Its mandate under the Camp David peace treaty is to monitor both countries’ compliance with the strict terms and limits the treaty sets on the presence of troops in the peninsula. The treaty’s limits were designed to protect Israel from a sudden Egyptian attack launched from the peninsula, whose strategic depth could then help ensure Israel’s security. The two countries themselves have long complied with the treaty, without incident.

But even before Mubarak’s ouster, MFO troops have had to pay increasing attention to protecting themselves. The changes in Sinai began with the 2007 takeover of nearby Gaza by the militant Palestinian Islamist group Hamas and Israel’s subsequent siege of that territory. Since then, “force protection,” the military term for securing personnel on the ground, has become a major concern, and the MFO is devoting many of its resources to this purpose. Among other things, MFO troops have had to fortify their bases because of attacks by militants and jihadists in Sinai.

Currently, the MFO is directed by senior American diplomat David Satterfield from its headquarters in Rome and by New Zealand’s Warren Whiting, who commands the troops on the ground. American soldiers, most of them members of the National Guard, make up one-third of the force. Other countries contributing troops to the force include Columbia, Fiji, Italy and Australia.

In 2002, Donald Rumsfeld, then defense secretary, proposed to end America’s participation in the force, citing the need for troops in other conflict areas. With both Israel and Egypt sticking to the agreement over several decades, the need for the MFO — at least with its current footprint — was put into question for the first time. But Rumsfeld’s proposal was eventually taken off the table.

“The question is whether [the MFO] is still relevant today, when their main concern is maintaining their own security,” said Geoffrey Aronson, director of research and publications at the Foundation for Middle East Peace, in Washington. Aronson, who convened a conference this year on the security situation in Sinai, said that many in the Pentagon still believe that American participation in the MFO is unnecessary, but he added that “there is an element of political importance in showing America’s support for the peace accord.”

Sinai was not exempt from the increased unrest that followed Mubarak’s ouster. This included the frequent sabotage of a pipeline through which Egypt supplied natural gas to Israel, Jordan, Lebanon and Syria. As a result of these attacks, Israel allowed Egypt to increase its forces in Sinai beyond the levels set by the Camp David treaty in order to help counter violence.

The increase has shown few results. An attack in early August was the boldest attempt yet to break into Israel through Sinai. Jerusalem permitted another troop increase, which included temporary movement of Egyptian tanks and heavy weaponry into the desert, and the use of helicopter gunships against militant groups. The MFO was informed of these changes but was not part of the negotiations between Jerusalem and Cairo.

With the MFO unequipped, untrained and not mandated to deal with the new threats emerging in Sinai, the United States has been looking for other options for increasing security in the region. The Obama administration reportedly reached out to the Egyptian government with a list of suggestions for bolstering security in Sinai by enhancing intelligence and counterterrorism capabilities. The United States, according to press reports, has offered to equip Egypt with electronic and aerial surveillance systems and to train police officers dealing with the jihadist violence in Sinai.

But according to Eric Trager, an expert on Egypt at the Washington Institute for Near East Policy, Egypt’s efforts to counter militant cells have shown little progress, because “the Egyptian army was afraid of confronting the citizens of Sinai. They were afraid that if they got involved, they’d become a target.”

Beyond that, said Michele Dunne, a former White House and State Department official who now directs the Middle East program at the Atlantic Council, “Sinai is a multidimensional problem, with terrorism, smuggling and long-term social problems, and an effective strategy should include all components.”

Unrest in Sinai, experts stress, did not begin with the fall of Mubarak and is not necessarily tied to the power struggle between the Muslim Brotherhood and the old regime. Tensions go back as far as Gamal Abdul Nasser’s 1952 revolution, and have been driven by decades of neglect of the peninsula’s Bedouin population by the regime in Cairo.

Another destabilizing factor in Sinai is the growth of criminal activity following Israel’s siege of Gaza. Tunnel smuggling of goods and weapons into Gaza from Sinai contributed to an increase in violence fueled by business rivalries rather than by political grievances. Dealing with this aspect of Sinai lawlessness, Dunne said, would require “tough decisions” by Israel regarding the closure of Gaza.

The MFO, according to Dermer, has known about the tunnels, but “did nothing” even though they were located directly within sight of their posts. “Their job is to monitor force levels. That’s all,” Dermer said.

“There needs to be more than just a military response to this situation,” added Joel Rubin, director of policy and government affairs at the Ploughshares Fund and a former Egypt desk officer at the State Department, in charge of political-military relations. “Real engagement — political and economic — with the local population can go a long way to calming the situation there. The U.S. should ensure that such views are included in the development of any security plan.”