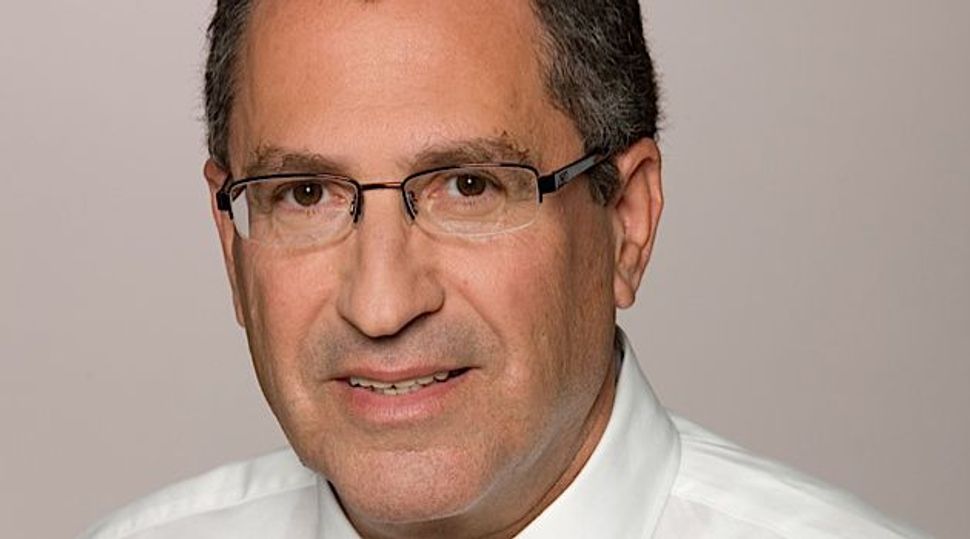 Lottery Winners: Israel Peleg, CEO of Hashava, says many Zionists bought property in prewar Palestine, but never lived to enjoy the fruits of their labor. Image by Courtesy of Hashava

For Americans and most Diaspora Jews, Israel is not the first place that comes to mind when discussing Holocaust-era restitution. For years the focus has been on property, bank accounts and insurance policies looted in Eastern Europe by the Nazis or taken over by local residents whose Jewish neighbors never came back from the death camps.

But few know that $300 million of assets in Israel are still waiting to be claimed by heirs of Holocaust victims. The assets, bought by European Jews, include real estate, safety deposit boxes, bank accounts and stocks — all from pre-independence Israel. The Israeli company in charge of locating the owners believes many heirs of the original owners who died in the Holocaust may be residing in North America.

“Everyone should log on to our website and check if they are legal heirs of family members who purchased assets before being sent to the crematoriums,” said Israel Peleg, CEO of Hashava, the Holocaust restitution company of Israel.

In response to a new campaign by Hashava, American interest in searching for assets in Israel has seen a significant uptick. In 2012 so far, 220 American individuals and families have filed requests for information, compared to 107 in 2011. Not all of those who found initial indications that that their family held assets will be verified as legal heirs, since the process of inquiry is extensive. But for heirs in Israel, in America and around the world, the process has led to the restitution of property whose worth has ranged from stocks worth several thousand dollars to apartment buildings, farmland and even several buildings in Tel Aviv valued at over $1 million.

Many heirs did nothing except answer a notification from the restitution company, since Hashava performs its own searches to locate the owners. “I’m like the person from the lottery,” said Elinor Kroitoru, head of the group’s research and information division. Her responsibilities include contacting individuals who have no idea they are heirs of Holocaust-era assets in Israel and informing them about the unexpected inheritance.

Hashava was founded in 2006 following a report by an Israeli national inquiry committee set up in 2000 to examine how the state was dealing with assets of European Jews who perished in the Holocaust. The Knesset law that established the organization tasked Hashava with locating assets and finding the heirs that owned them. Unclaimed funds are used by the organization for the welfare of Holocaust survivors living in Israel and for Holocaust commemoration through education.

“It is all about property bought by Zionists before World War II, who believed in the Zionist vision,” said Peleg. “Some had planned to move to Israel, and others simply thought it was a good investment.”

These investments took the form of real estate in Tel Aviv and other cities, and in agricultural lands located in central and northern Israel. Investors also owned bank accounts and stocks of the Jewish Colonial Trust, which later evolved into the Anglo-Palestine Bank, and which is known today as Bank Leumi. After the Holocaust, these assets were held by the representative of the British Crown that ruled the area. But with the creation of the State of Israel in 1948, the new Israeli government and the Jewish National Fund took over the assets. It took 60 years until Israel recognized its responsibility for locating the legal heirs and returning their property to them.

The process began with building a database of all unclaimed assets, based on records of the Jewish Colonial Trust shares, of bank accounts, building and apartment deeds that were held by the JNF and of moveable assets such as Judaica and artworks. The list was then published on Hashava’s website and the public was invited to search and see whether family members owned property in pre-war Palestine. At the same time Hashava also worked backward from the assets to try and locate heirs who did not come forward.

The research process involved Jewish genealogical databases and information from the archives of Yad Vashem in Israel and the U.S. Holocaust Memorial Museum in Washington, D.C.

To date, only $20 million of the $300 million in assets have been returned to heirs. Of the $300 million, Hashava has allocated an additional $100 million for helping Holocaust survivors living in Israel and for commemoration. According to Hashava’s data, some 10,000 restitution applications have been filed and 3,000 of those who filed have already had their assets returned.

But a 2009 report by Israel’s state comptroller criticized the organization for not meeting deadlines and for not being active enough in reaching out to potential heirs outside Israel. It was this criticism that prompted the campaign to spread the word to Jewish populations outside Israel, mainly in the United States. At the recent General Assembly of the Jewish Federations of North America, Hashava hosted an event aimed at introducing the operation to American Jewish communities. The event followed up on information that was sent to Jewish communal organizations in an effort to make community members aware of the chance they might be the heirs of assets in Israel they did not know existed.

“It is encouraging to see that our campaign created a buzz,” said Peleg, who expects the stream of inquiries from American Jews to grow as news about the organization spreads.

According to law, Hashava is scheduled to cease operation by 2022, at which point the assets would be either returned to the heirs or used for support of any remaining Holocaust survivors. But, despite having disposed of less than 10% of their assets, sources close to the issue have estimated that the company may not last more than another five years, because the major assets have already been located and investigations into locating the heirs are already under way.