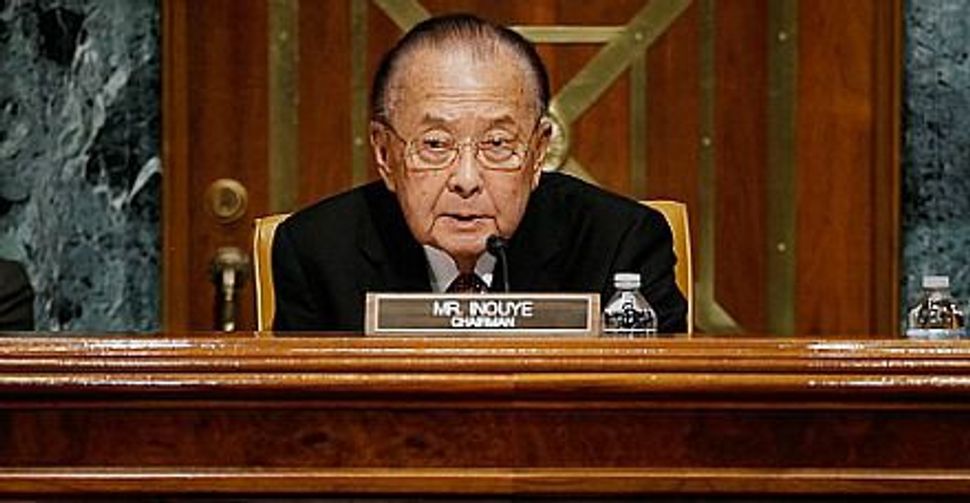 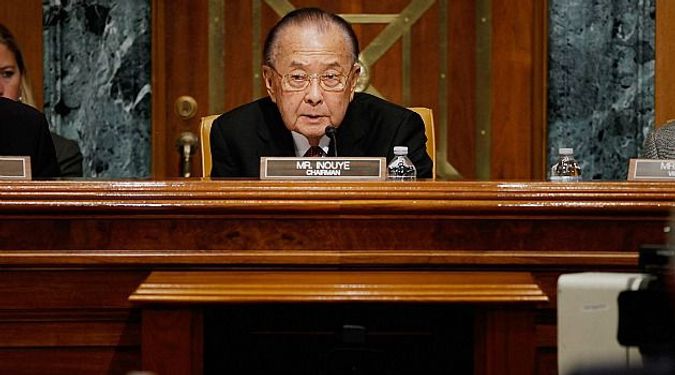 Israel lost one of its best friends ever to serve in the U.S. Congress with the passing of Sen. Daniel K. Inouye of Hawaii. The nine-term senator, who sold Israel Bonds and once considered converting to Judaism, died Monday at Walter Reed National Military Medical Center from respiratory complications. He was 88.

His final word was: ‘Aloha.’

Danny Inouye, a liberal Democrat, was the senior member of the U.S. Senate, the second-longest serving senator in the history of the chamber and its president pro-tempore, making him third in line to the presidency. He was also chairman of the powerful Appropriations committee, and for many years had been the chairman or top Democrat on the foreign operations and defense subcommittees, where he played a pivotal role in advancing U.S.-Israel relations.

He once told me that he sold Israel Bonds to help work his way through college, and that he had considered converting to Judaism. He joked that he didn’t convert because being Japanese and having only one arm, he had “enough tzoris.” The real reason, apparently, was the effect on his devoutly Methodist mother.

His integrity, his quiet modesty and his firm belief in bipartisan cooperation won him the admiration and trust of his Senate colleagues and all who knew him. Nowhere more than among the supporters and people of Israel, where he was affectionately nicknamed “Trumpeldor” for the one-armed early Zionist hero.

Joseph Trumpeldor, who died in the 1920 battle of Tel Hai in the Upper Galilee, had lost his left arm in the Russo-Japanese War in 1904; Inouye lost his right arm in Italy in the closing days of World War II. For his heroism, Lt. Inouye was awarded the Medal of Honor, but it took 55 years to get that recognition because Japanese-American Nisei servicemen were denied appropriate recognition for their heroism at the time because of their race.

The badly injured Inouye – his arm had been amputated in a field hospital without anesthetic – was sent to recuperate in Percy Jones Army Hospital in Battle Creek, Michigan, where he became friends with two other wounded GIs who would go on to be lifelong friends and serve with him in the Senate, Bob Dole of Kansas and Philip Hart of Michigan.

When he lost his arm he lost his dream of becoming a surgeon and turned to public service.

Inouye was elected the first full member of Congress from his native Hawaii in 1959. He was also first Japanese-American in the House and later the first in the Senate, eventually becoming the highest-ranking Asian American politician in American history.

Throughout his career he enjoyed close ties to the Jewish community, in Hawaii and nationally, and was consistently one of Israel’s staunchest supporters. His combat experience as a member of the 442nd Regimental Combat Team, a segregated Japanese-American unit, in Europe in World War II and learning about the Holocaust affected his worldview. Recovering after the war he studied Jewish history and became a registered Israel Bonds salesman.

“He was a man who saw two injustices – genocide against Native Americans and against Europe’s Jews – and he wanted to make sure the Native Americans got help in their restoration and that Israel had America’s support in securing itself against those who did not wish Israel’s population well and who wished the nation-state did not exist,” said Tom Dine, the former executive director of AIPAC. “He believed in Israel’s nobility.”

One of the last of the Greatest Generation, he saw the Jewish state come into existence and fight for its survival, and he played an important role for more than half a century.

His voice on Israel-related issues carried considerable weight in the Senate not only because he was held in high esteem by his colleagues but also because there was no doubt that his personal political fate was not dependent on Jewish votes or money.

Many Jewish groups also admired him for his relative progressivism, including reproductive rights and civil liberties. The National Jewish Democratic Council called him “a true mensch in every sense of the word.”

Douglas Bloomfield was legislative director of the American Israel Public Action Committee from 1980 through 1988.