Israelis Win Asylum in U.S. — But Mostly Not for Politics 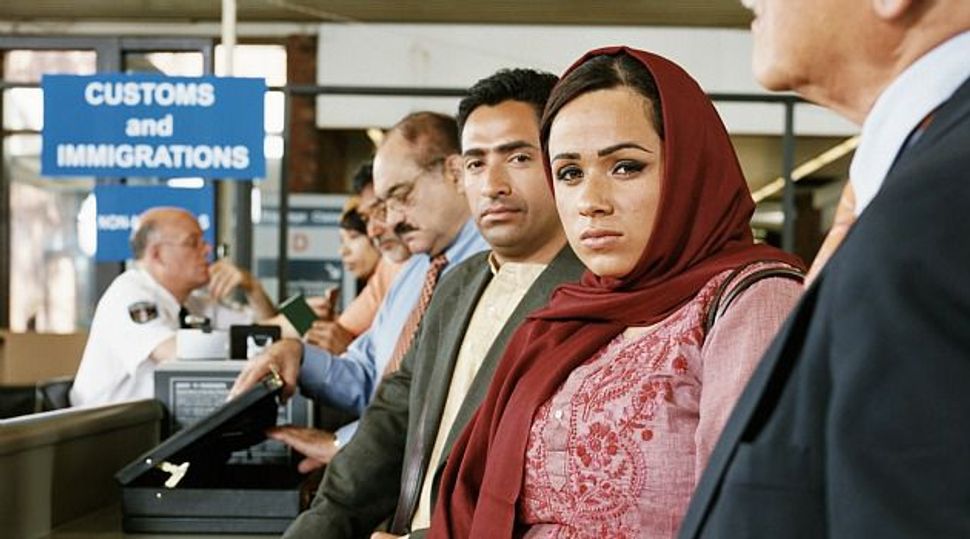 An odd mix of Israelis win asylum in the U.S. each year, a status that means a judge finds they have reasonable fear of persecution at home. They include Palestinians, gays, and domestic abuse victims. Image by thinkstock

They are a strange and quirky mix: a handful of Israeli citizens and residents, and Palestinians living under Israeli occupation, who each year are granted political asylum from the United States.

One, an Arab citizen of Israel, is a gay man who convinced authorities he would face violence from his own family and tribe if forced to return to Israel. Lack of adequate action by Israeli police played a role in the approval of the request, his attorney said.

Another is an Israeli woman who suffered domestic abuse. She also received asylum after making the case that Israeli authorities were not protecting her.

Yet a third is the son of a founder of Hamas who, after spying on the terrorist-designated group for Israeli authorities, felt unsafe under Israeli protection and fled to the United States in fear for his life.

Israel is not the first country that comes to mind when discussing foreign nationals being granted asylum in the United States. Asylum is a rare immigration procedure designed to provide relief to the most difficult cases of persecution in one’s home country.

Still, United States Customs and Immigration Service data reveal that each year, a handful of Israelis or those living under Israeli jurisdiction are granted asylum status in America. In 2011, the last year reported, 18 Israeli nationals were approved for asylum — similar to the number in 2010. In previous years, some 20 to 30 residents of Israel or the Israeli-occupied West Bank or Gaza settled in the United States after convincing authorities they could not safely return to their homes.

The cases do not form a pattern. They include Palestinians, Israeli Arabs, Israeli Jews and Eastern European women brought into Israel by human traffickers.

“Recognition of political asylum is a recognition of the fact that there is something significantly wrong with the host country,” said Michael Wildes, an immigration attorney and law professor at the Benjamin N. Cardozo School of Law in New York. He noted, however, that citizens of many democracies and nations friendly to the United States receive asylum status for many reasons. “I see nothing in the thousands of cases we represent that will lead me to believe there is some kind of problematic pattern with Israel,” Wildes said.

Those seeking asylum must prove they face “well-founded fear of persecution” if returned to their home country. This persecution has to relate to the individual’s race, religion, nationality, membership in a particular social group or political opinion.

“It [is] very difficult for Israelis to prove this kind of persecution,” said immigration attorney Todd Pilcher. “You need to show that the persecution comes from the government or from forces the government cannot control.”

Nationality, however, has nothing to do with the process; even residents of democratic allies of the United States are sometimes judged to have persecuted their citizens under the categories the asylum statutes cover, or to have failed to provide them with adequate protection on similar grounds. In recent years nationals of Canada, France, Germany and Italy have also won asylum in the United States.

“U.S. foreign policy or political considerations are not part of this standard,” said Claire Nicholson, a public affairs officer at the U.S. Citizenship and Immigration Services agency, a division of the Department of Homeland Security.

It’s hard to determine the nature of individual Israeli asylum requests. Immigration files are closed to the public and court records become available only when they serve as legal precedent. But those cases that have been reported, as well as lawyers representing asylum seekers, point to several groups of Israelis who have been approved for asylum.

Some are Palestinians from the West Bank or Gaza who were identified as Israelis because they held Israeli citizenship or resided in Israel-proper. The most famous case in this category is that of Mosab Hassan Yousef, known as “Son of Hamas” because of his father’s role as one of Hamas’s founders. Yousef, who Israeli officials say helped them hunt down Hamas members involved in terrorism, followed his father into Hamas but later converted to Christianity and then worked undercover as an Israeli agent for a decade before fleeing to California in 2007. He was granted asylum by an immigration court judge in 2010, ending his battle against Homeland Security, which sought to deport him.

Since the creation of the Palestinian Authority in 1994, the United States has also allowed Christian Palestinians who could prove they were persecuted for their religion to seek asylum.

Another group prominent among Israeli asylum seekers is Arab citizens of Israel who claim they were persecuted because of their ethnicity. The first known case, in 2003, involved Ibrahim Baballah, a fisherman from Akko who was found by an immigration court to have suffered repeated harassment from Israel’s navy and from government authorities. Baballah, the court found, demonstrated a “genuine and well-founded fear of future persecution should he return to Israel.”

Other asylum seekers have failed despite similar claims. In 2012, a U.S. court of appeals denied asylum to Saqer Salman, an Israeli Arab who fled the country following death threats and the killing of family members by a rival family. Salman claimed that Israeli authorities would not provide him adequate protection because of his ethnicity. The court found that Israel’s law enforcement and justice systems actively took on the case and brought some of those involved in it to court.

Still, the question of whether Israel has provided adequate protection to those whom its own laws obligate it to protect pops up elsewhere. Both the gay Israeli Arab and the woman who suffered domestic abuse were granted asylum when immigration authorities found that the government had failed to protect them.

Other Israeli residents who passed the high bar of proving persecution and clear threat include female victims of human trafficking who were smuggled through the Sinai border into the country. These women faced imprisonment in Israel until their cases were resolved. Many were ultimately deported to their country of origin. But some were simply released and made their way to the United States, where they were able to convince authorities that they would face a dire fate if returned to their homes.

So far the United States is not known to have granted asylum to anyone living under Israel’s jurisdiction who has claimed political persecution. Lawyers working on the issue have advised Israeli clients not to seek such status even if they’ve been sentenced to prison in Israel for being conscientious objectors who refused to carry out military assignments involved with the occupation of the West Bank and Gaza.

Until recently, the United States’ neighbor to the north was seen as a safe haven for just such people. Just as it once offered refuge to young Americans fleeing the draft, Canada has approved dozens of asylum requests from individuals claiming political persecution by Israel since 2000. These cases included Israeli citizens who claimed they were persecuted for opposing the occupation and ultra-Orthodox Jews who claimed they could not maintain their faith there freely. Canada has also granted asylum status to Israelis who came originally from the former Soviet Union but claimed they faced discrimination in their new home.

In 2006, the Israeli government protested Canada’s asylum policies. And in the past two years the number of Israelis receiving asylum in Canada has declined. In 2011, an Israeli reservist who refused to serve in the Gaza Strip was denied asylum in Canada following a court ruling that he could not prove the military mission involved humanitarian abuses.

An Israeli diplomatic official said that the scarcity of asylum cases in the United States did not require the Israeli government to bring up the issue with Washington. The official added that the few cases in which Israelis were granted asylum in America represented “unusual circumstances” and did not reflect on Israel’s democracy.

Israelis Win Asylum in U.S. — But Mostly Not for Politics