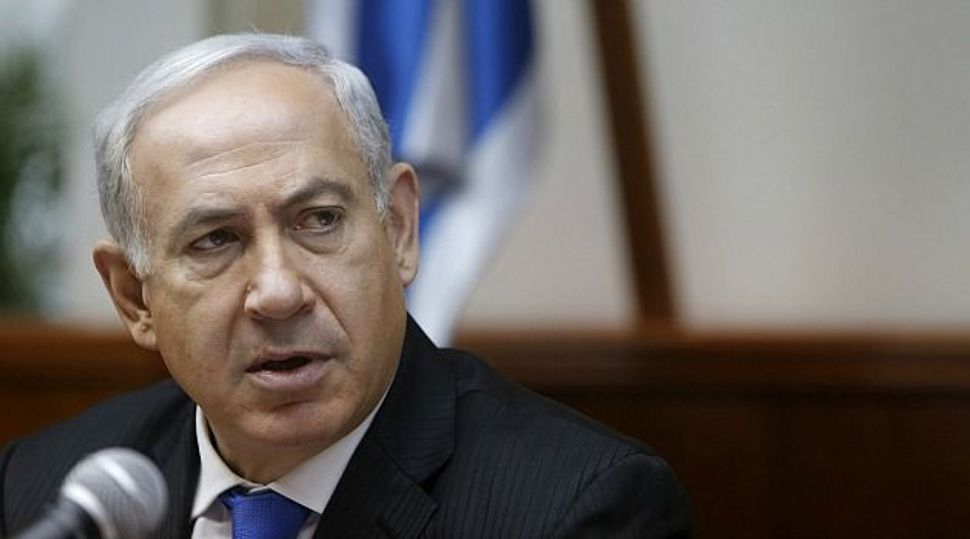 Status Quo: Benjamin Netanyahu is facing pressure to end the exemption that ultra-Orthodox men enjoy from serving in the Israel military. But he?s also seeking the support of Haredi parties, meaning little may change. Image by getty images

Israel’s recent election was dominated by discusion of how to integrate ultra-Orthodox young men into the military. But Israelis are now facing up to the possibility that in practical terms, nothing will change on this front during the new Knesset session.

In the months leading up to the election, as calls grew for an end to Haredi men’s exemption from national service, Prime Minister Benjamin Netanyahu promised that his plan will not be “an empty move,” made for publicity’s sake. But when his latest proposal became public in mid-February, a chorus of critics said it was exactly that.

There was a moment, last spring, when it looked as if a gradual Haredi draft was imminent. The ruling Likud had brought Kadima, then the largest Knesset party, into the coalition, and Netanyahu convened a committee to formulate a strategy. Kadima lawmaker Yohanan Plesner chaired the committee, and Likud had the political clout to pass his recommendations.

But Likud-Kadima tensions presented obstacles, Netanyahu disbanded the committee, and Kadima left the government and then found itself reduced to a two-seat faction after the recent elections. Plesner, the man who had looked poised to usher in the Haredi draft, no longer had his committee or even his Knesset seat.

Speaking to the Forward on February 19, Plesner said that the new plan is “the Tal Law exactly,” referring to the legislation that previously exempted Haredi youth from the military until it expired this past summer. The only real difference, he claimed, is the “smokescreens that are trying to disguise the fact that it’s a repetition of the argument behind the Tal Law.”

Many voters snubbed Netanyahu and put their hopes for a Haredi draft in Yesh Atid, the new centrist party that catapulted itself into the Knesset, as the second-largest faction, largely because of its campaigning on this issue. But contrary to most voters’ desire for immediate action, Yesh Atid’s platform offers Haredim a five-year grace period before any draft takes effect.

“In five years’ time there will be so many changes that the Haredim will be able somehow to bring the old situation back,” warmed Idan Miller, chair of Common Ground, which lobbies for universal service. Uri Regev, president and CEO of the Hiddush organization for religious pluralism, bemoans the half-decade wait time, which he says is “conveniently scheduled to ‘kick in’ only after the next elections.”

Casting further doubt on the chances of a major change are the statements from rabbis, who have shown no sign of mellowing on their absolute opposition. “There can be no compromise here that will allow the study of Torah to stop among the Jewish people,” Aharon Leib Shteinman, one of the most influential Ashkenazi Haredim, wrote in the Yated Ne’eman newspaper February 19.

Netanyahu’s plan seeks to increase significantly the number of Haredim serving, through a system of financial penalties that will be imposed on yeshivas where few students obey the draft, as well as through some penalties for individual students who avoid conscription. Its aim is for 60% of Haredi men aged 18 to 24 in 2018 to have served or to be serving.

But the plan may leave intact the Haredi insistence that any man who wishes to study in a yeshiva should be free from service. It is widely believed that large numbers of Haredim are enrolled in yeshivas to avoid service but do not actually attend lessons, and they are the target of the proposal.

“I suggest focusing on the Haredim who don’t study but who nevertheless receive government benefits and service exemptions,” said Eugene Kandel, chairman of the National Economic Council of the Prime Minister’s Office, speaking to Israel’s Channel 2 on February 16. “With 20% effort we could bring 70% of Haredi men into meaningful service in the Israel Defense Forces and into the labor market within five years.”

One of the loudest voices of opposition to the plan comes, unexpectedly, from a Haredi lawmaker. Dov Lipman, who emigrated from the United States eight years ago and worked as a yeshiva teacher, before making it to the Knesset from the bottom of the Yesh Atid list. He has become the perfect poster boy for his party’s draft plan. He worries that if the government decides to make an exception for men who claim they are actually studying, it will indicate a capitulation to Haredim. “They say, ‘Whoever is in learning remains in learning,’ which is essentially no change to the status quo,” Lipman said.

The Prime Minister’s Office declined a request from the Forward to respond to this and to other criticisms of its proposal.

Lipman said that Yesh Atid is demanding a draft for all Haredim when they reach the age of 18, with the exception of 400 outstanding students. It wants to create more Haredi-only units and to cater to the religious demands of Haredim to make service culturally acceptable in the community. Lipman says that this can happen, that the Haredi community will reduce its opposition and that there “won’t be massive numbers [of objectors] going to jail.”

Yesh Atid’s one leniency toward the Haredi sector is its five-year lead-time for a draft, or in Lipman’s parlance, the “amnesty.” Currently, the condition for receiving an exemption is that Haredi men are enrolled in yeshiva, and if enrolled, they are legally barred from working. The Yesh Atid plan says that this rule should be canceled for five years, opening employment opportunities to any Haredim who don’t want to study but wish to avoid the draft.

Yesh Atid, like Netanyahu, believes that many Haredim have no interest in studying in yeshiva and are enrolled simply to receive an exemption. An “amnesty,” it hopes, will disprove the Haredi community’s claim that the draft undermines a culture of near-universal yeshiva study.

Yedidia Stern, the author of another prominent draft proposal, finds the idea of the amnesty absurd. If it were implemented, he said, Haredim would be exceedingly careful to safeguard their community’s narrative on yeshiva study, and they would ensure that students do not leave and prove Yesh Atid correct. “If the leadership of the Haredi community will understand that the next five years is a test case for Torah study, then the pressure on people to stay in yeshiva will be enormous,” he predicted.

Stern, who is vice president of research at the Israel Democracy Institute, argues that Yesh Atid’s proposal is based on a cultural misunderstanding about what motivates fear of the draft. He said, “The real reason they do not go to the army is the feeling that if a boy of 18 who has spent his life in a ghetto and not seen beyond it won’t come out of the army the same way he went in, they fear he will stop being Haredi, and the fear is that the community’s identity could be over.”

Stern’s solution is to estimate when Haredi men are confident in their identity and to wait until then before drafting them. According to his research, at 22 some 77% of Haredi men are married, suggesting that they are “culturally solid.” Also, he hopes that a draft of men at that age won’t trigger fear of widespread abandonment of a Haredi lifestyle.

Stern’s aim is that by 2022, two-thirds of Haredi men in the 18 to 22 age bracket will be serving or will have served. Like Netanyahu, Stern wants some financial pressure on individuals to enlist, but he places the major emphasis on financial penalties for yeshivas that send few students to the draft office. The difference is that Stern wants penalties to grow year by year, until they reach a point where a yeshiva that fails to send students for the draft could face closure.

“Within about six years they will lose almost everything they get and won’t be able to survive,” Stern said. This, he claimed, would make any retrenchment impossible.