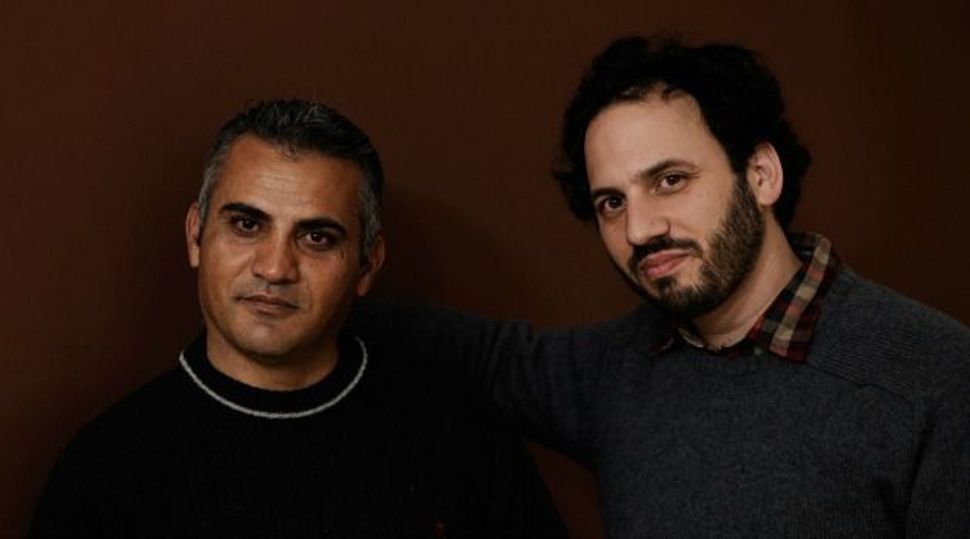 ?Broken? Boycott: Israel?s top diplomat in Los Angeles tactfully said two documentaries that harshly criticize his government are evidence of Israel?s vibrant democracy. He did slam the maker of ?5 Broken Cameras? for supporting a boycott of Israel. Image by getty images

David Siegel needed all his diplomatic skills to make lemonade out of the lemons handed to him by the Oscar-nominated documentaries ‘The Gatekeepers” and “5 Broken Cameras.”

The Israeli Consul General in Los Angeles acknowledged that both films criticize the government’s policies toward the Palestinians, but asserted that they underscore Israel’s diversity of opinion and freedom of expression.

“We can be proud of the open democratic political discourse we have in Israel,” Siegel said.

‘5 Broken Cameras’ tells the story of a West Bank village’s life under Israeli occupation. “The Gatekeepers” includes startling criticism of Israel’s policies by a string of highly placed security insiders.

Despite his effort to put a positive spin on the movies’ Oscars nods, Siegel did lash out at Guy Davidi, co-creator of “5 Broken Cameras” for backing an international boycott on Israel in order to force it to end the occupation.

“This is a cynical PR maneuver aimed at promoting the movie’s chances to win an Oscar,” said David Siegel, Israel’s Consul General in Los Angeles. In a Thursday interview Siegel went on to ask whether Davidi’s call for a boycott “would also include the Israeli funds that provided support to his movie.”

The creators of “5 Broken Cameras,” Davidi, who is an Israeli, and Palestinian filmmaker Emad Burnat, made clear from the outset they do not view their movie as representing Israel and would refuse any attempt by Israeli government officials to embrace their success.

This made life somewhat easier for Siegel. Utilizing trademark diplomatic language, he said that since the producers do not want to be associated with Israel, there is no need for the Israeli government to accept the film as representing Israel.

“The Gatekeepers,” on the other hand, is seen both by its creators and by Israeli officials, as an Israeli movie. “As far as the directors are concerned, they made clear that one movie is Israeli and one was not, so therefore “Gatekeepers” is and “5 Broken Cameras” is not,” said Siegel.

Neither film is easy for Israeli officials to watch. They both carry a strong message of opposing policies of Israeli government regarding the continuation of Israeli presence in territories seized in the 1967 war. Siegel, however, used his full diplomatic skills to see the benefits Israel can reap even from movies that openly criticize its policies.

“We make a distinction between the professional recognition of the films and their political content, which is in debate in Israel,” Siegel said.

The Israeli consulate in Los Angeles co-hosted a reception for makers of “The Gatekeepers” as part of an event marking ten years of Israeli-French co-productions, a program that funded such films as “The Gatekeepers.”

A viewing party for the Israeli expatriate community in Los Angeles, which was hosted by the consulate in previous years, will not take place this time around.

But Siegel deftly explained that the decision had to do with the fact the films were nominated in the documentary category, not the foreign film one, in which movies are officially representatives of their countries.