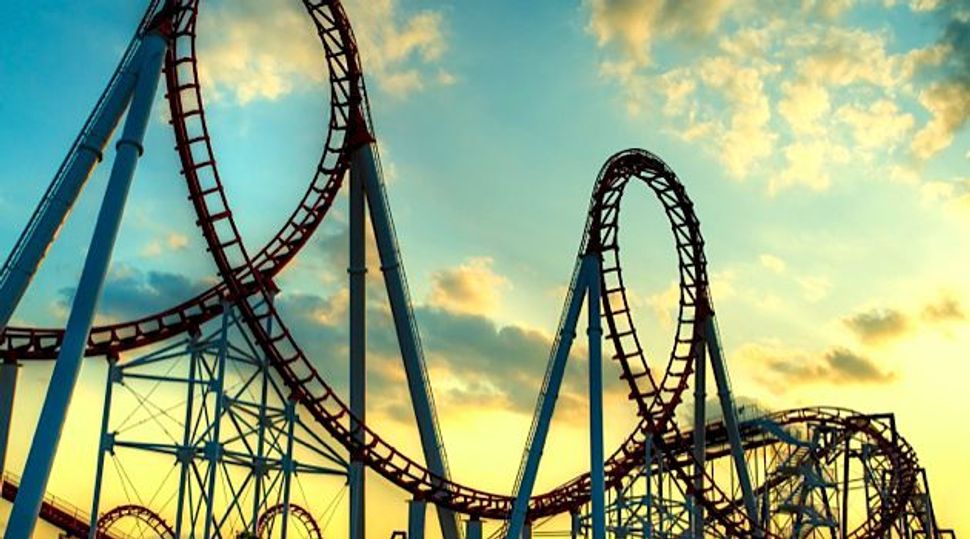 Politicians have voiced outrage following revelations that an amusement park in central Israel segregated students from Jewish and Arab schools by having them attend on separate days. But civil rights activists say this discrimination is more common than many realize.

After learning that, for years, Superland in Rishon Lezion has been keeping schools from different sectors separate, Education Minister Shai Piron declared himself “shocked at the face of such acts that have no place in Israeli society.” Prime Minister Benjamin Netanyahu began a Cabinet meeting June 2 by condemning the “phenomena of racism against Israeli Arabs.”

But according to Nadeem Shehadeh, attorney for the Israeli Arab nongovernmental organization Adalah, the incident at Superland doesn’t reflect a phenomenon — just everyday life. “This case isn’t unique,” he said. “What is unique is that it got to the media.”

The government’s practice of unequal allocation of resources between Jewish and Arab sectors is well documented. It was acknowledged bluntly in the findings of the Or Commission, a government panel appointed specifically to expose these practices, in the report it released a decade ago. But activists contend that discrimination by the private sector and by other service providers goes largely unchecked.

“There is no safeguard for equality,” Mohammad Zeidan director of the Arab Association for Human Rights, complained to the Forward. “And therefore there is a clear open window for discrimination.”

Israel did establish, in 2008, the Equal Employment Opportunities Commission. But with just 11 employees, it is seen by critics as largely reactive rather than proactive. Its activities consist mainly of non-discrimination training for employers who volunteer for this; it does not identify patterns of discrimination or look for offenders. It has initiated fewer than six cases a year on average in the labor courts.

Janet Shalom of the EEOC said her agency was established “in order to receive complaints and through that enforce equal opportunity in the workforce.” The commission is nevertheless seeking “to enlarge its authority,” said Shalom, by having employers complete voluntary reports on their hiring practices.

Activists contend that instances of discrimination are obvious.

Ads for services in trade directories, for example, will commonly use phrases like “Hebrew labor” and “blue and white labor” to signal to readers that they employ only Jews. The former was a slogan of Zionists in the pre-state era who were proud to work their own lands and make their own products, and while the latter refers to the Israeli flag, it’s widely understood to mean that the employees in question are Jewish.

There is even a website called Avoda Ivrit — Hebrew Labor — that boasts a database of 2,000 businesses nationwide that only employ Jews. The website administrators did not respond to a message from the Forward, but one of the advertisers, the owner of Jerusalem restaurant Shipudei Hagefen, spoke enthusiastically about its Jews-only staffing policy. Zion Anovil said that he introduced the policy 10 years ago and has found it “good for business.” Diners, said Hagefen are “more satisfied,” have “more confidence,” and like the policy from the point of view of service and ideology. “There’s no legal prob lem — I can hire who I want,” he insisted.

Nevertheless, on Janglo, a website for English-speaking immigrants in Israel, some businesses dispense even with the euphemisms. “You have finally found the BEST and ONLY ALL JEWISH MOVING SERVICE for your moving needs,” one listing declares.

The Jewish Moving Service, which placed the ad, promised to get back to the Forward with a comment, but failed to do so. Janglo’s administrator, Zev Stub, insisted that the moving company’s ad message “is not one of employment discrimination,” adding, “We refuse messages that violate the law.”

The EEOC and the Ministry of Industry, Trade and Labor “do not see the mentioned advertisement as an acceptable one,” the ministry told the Forward on behalf of both agencies.

Public pressures has forced some changes. Until April 2012, Ben Gurion Airport, the country’s aviation gateway, instructed taxi companies not to send drivers from “minorities” — that is, the Arab sector — to the airport. The rule was canceled after its existence became public. But the airport’s contract with the Hadar taxi company, which serves the facility, still specified that the company could hire only drivers who had performed army or national service, which the vast majority of Arabs don’t.

Arab cab driver Youssef Atallah argued last August that unless specific military experience is needed to do the job, a demand that the job be restricted to army veterans violates equal opportunity law. After Atallah complained to the EEOC, the airports authority canceled the employment criterion.

Still, a national service record continues to be a common requirement in all sorts of jobs, from high-tech to restaurant work.

“In military-related jobs, [that’s] okay,” said Auni Banna, a staff attorney with the Association for Civil Rights in Israel. “But you don’t need to have been in the military to know how to wash dishes.”

Zeidan, of the Arab human rights group, said that politicians venting their outrage at the Superland incident as if it were some rare occurrence have missed an opportunity to tackle more pervasive discrimination.

“The politicians and the prime minister talk against it, and that’s it,” he said. “But it’s not as if anyone says, ‘Let’s go to the root and deal with the problem.’” In Zeidan’s view, the government, parliament and courts need to become “proactive.”

Some Israeli Arabs claim that properties suddenly become unavailable when it appears to the would-be seller that that the buyers are Arab. More blatantly, in 2010 dozens of rabbis — including some who are state-salaried — signed a letter claiming that renting or selling to non-Jews violates religious law. Piron, the same education minister who condemned the Superland discrimination — and who is also a rabbi — wrote in an online halacha forum in 2002 that religious law prohibits selling homes to Arabs. Piron has said that he no longer stands by his ruling.