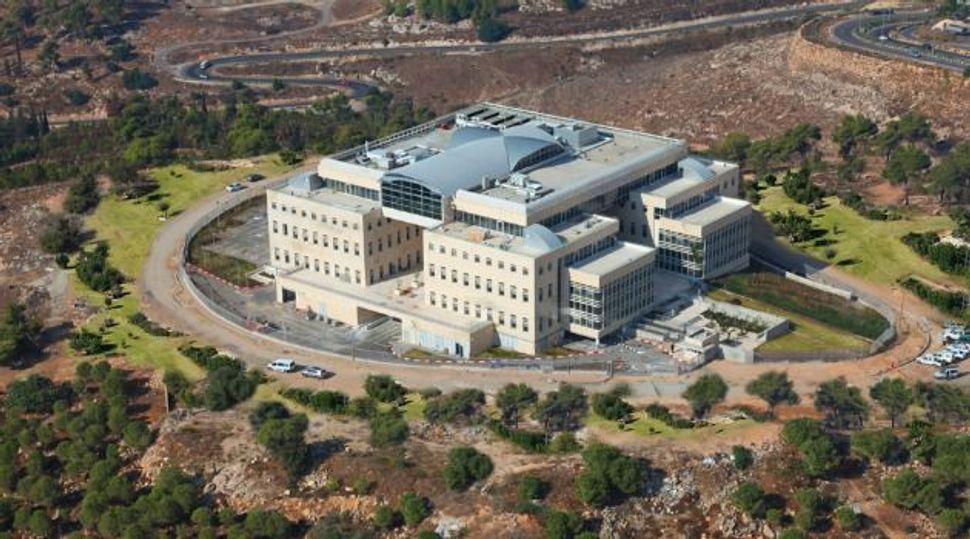 Picture of Opportunity: Israeli tycoon Stef Wertheimer expects the $22 million he has sunk into this shiny industrial park in the predominantly Arab town of Nazareth to pay dividends ? in more ways than one. Image by ofer blanc

He’s just made billions selling the company that he started in his backyard to Warren Buffett, so you may think that it’s time for 86-year-old Stef Wertheimer to take it easy.

Instead, Wertheimer, one of Israel’s wealthiest citizens, is today putting most of his energy into the Arab town of Nazareth.

There, in the presence of Israel’s president, Shimon Peres, he has just opened a $22 million industrial park that is expected to generate 1,000 jobs.

The park, part of Wertheimer’s bigger dream of many such projects that will serve as a vehicle for promoting Jewish-Arab cooperation and national development, may sound like one more idealistic coexistence effort. But this is a project of the Arab mainstream, not just of coexistence activists. Wertheimer’s project manager is none other than Shawki Khatib chairman of the main umbrella group for Arab Israelis — the High Follow-up Committee, which was established in response to confrontations with the police and army in 1976 that left six Arabs dead.

Sitting in his Tel Aviv office, which has a stupendous view of the Mediterranean, Wertheimer could not be clearer about how he intends to deploy the huge pile of cash on which he now sits.

“I need money to build parks,” he told the Forward. “I will build more parks. That’s all I’m interested in.”

The neighboring and predominantly Jewish town of Nazareth Illit has several industrial areas, including the large Ziporit Industrial Park. But until now, there hasn’t been a single industrial park in an Arab locale in all of Israel.

Peres shares Wertheimer’s vision. “This is the best statement for coexistence between Jews and Arabs, it is truly significant, not just empty words,” he declared at the opening ceremony, held on April 23.

It’s easy to understand Wertheimer’s enthusiasm for the new park. It is a remarkable, ultra-modern building with art displays dominating the public spaces and more of the feel of a faculty center at a high-class university than of a manufacturing hub. It seems a world away from the crowded residential areas of Nazareth.

In a few weeks, when units have been customized to business tenants’ needs, there will be a steady flow of Arab and Jewish workers to and from Arab-owned companies like Alpha Omega, which makes neuroscience technology; international firms like the software giant Amdocs, and possibly, in the future, Jewish-owned firms, as well. Tax benefits and subsidies encourage companies to move here as Nazareth lies within a government-designated priority area for development.

Still, not everyone is convinced that the project is poised for success. Only around 40% of the space is currently rented, and Nazareth resident Amal Ayoub, thought to be the first Arab woman to head a startup in Israel, said that she is unsure how much this will increase.

But Nazareth’s mayor, Ramez Jaraisi, who attended the opening voiced enthusiasm about the project. If it goes as he hopes, the park will generate employment and municipal taxes for his city.

Wertheimer has spent the past six decades making tools. His company, Iscar, is a metalworking giant. But in early May, Wertheimer agreed that Buffett’s Berkshire Hathaway Inc. would acquire the remaining 20% of Iscar for $2.05 billion, having bought 80% back in 2006 for $4 billion. Now, despite his age, he discusses the sale of Iscar with the excitement and single-mindedness of a teenager who has just earned the money to purchase a coveted concert ticket.

“I deal with building the country,” he said, insisting that he is not just another one of the country’s tycoons. “[If] I happen to make money with it, then fine.”

Wertheimer’s path to what he hopes is this pivotal movement has been a circuitous one. In his interview with the Forward, he recalled his foray into politics in 1977, representing the centrist Democratic Movement for Change and then the Shinui party, and admitted, “I don’t think I succeeded so much.” In 1981 he left the Knesset and set about his vision to effect change through industrial parks. He calls this a “capitalistic kibbutz system” to nurture industry.

Wertheimer established six Israeli parks before developing Nazareth, all of them outside the country’s central urban regions and in places where they brought together Jews and Arabs. He dreamed of setting up Israeli-Palestinian parks and parks in neighboring Arab countries, but political factors didn’t allow it. He eventually settled on a park in Turkey. The parks currently break even but don’t make a profit — and he’s satisfied with this.

Wertheimer is convinced that if good employment opportunities are in place, support among Arabs for radicalism will wane, with people “too tired” after a hard day’s work to even think about aggression. Moreover, if these opportunities require interaction with Jews, he believes, positive relationships will be forged and hatred banished.

“The Galilee is a quiet place because people have to deliver on time; they don’t have time to quarrel,” he said, adding, “I believe that anybody who has to export, and who believes in skills, gets away from fighting about history.”

Beyond this busy-people-won’t-fight belief there is an underlying ideological complexity.

Wertheimer strongly believes in the argument of early Zionists such as A.D. Gordon that Jews in the Diaspora were excluded by repressive regulations from creative labor, and that their ingathering in a Jewish national home should remedy this. The twist is that while the early Zionists thought the remedy should come through agriculture, Wertheimer says it will come through industry, which he described as the “way back from the exile.”

For Wertheimer a thriving economy is not enough if it isn’t producing goods. “Industry is important, but everyone thinks money is important,” he complained. Without the appropriate balance, “it’s only back to the old system of thinking as a survivor and an underdog.” Prime Minister Benjamin Netanyahu’s vision of economic peace isn’t the same, because he “speaks only about money.” A peace economy, Wertheimer said, requires productive skills.

Even high-tech, the apple of most Israelis’ eyes and a fixture of his industrial parks, doesn’t escape Wertheimer’s critique. “High-tech is marginal,” he said, calling it “dangerous” and then correcting himself by changing this to “complicated” — accompanied by a dismissive shrug.

Among other things, he said, high-tech has the worrying effect of causing Israelis to leave the country, a trend he views very seriously.

Wertheimer, who arrived in British-ruled Palestine in 1937 as a refugee from Nazi Germany, sees Israel as a country of refugees that struggles to find common denominators. It is a “nation but not a people,” he said, and needs a new goal to bind the population — one that will unite the Jewish populations from various backgrounds, and in which Arab citizens can be full partners.

“It can only be industry,” he said. “We don’t have another goal. You want more lawyers? It’s not going to help you; you don’t have enough thieves.”