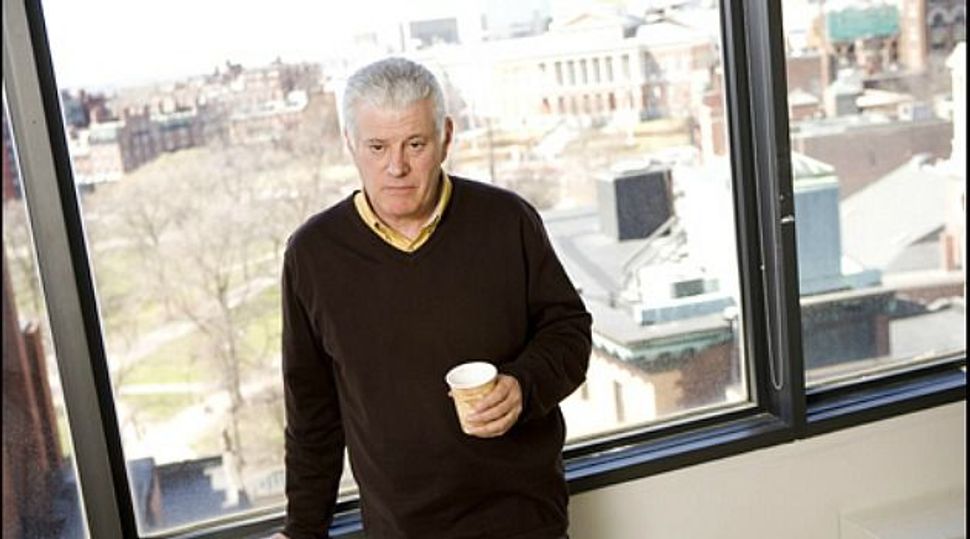 A new, right-leaning Jewish newswire is seeking to displace the Jewish Telegraphic Agency as the Associated Press of the Jewish media.

Nearly two years after its launch, Jewish News Service is growing fast by promoting its pro-Israel perspective, offering ad-friendly special sections — and by giving it all away cheap.

“Some papers choose to use us versus anybody else because they think we are more respectful of Israel’s challenges,” said Russel Pergament, publisher of JNS. “Other editors prefer us because we’re less expensive. And I’ll take either.”

The two Jewish newswires are competing to provide content to the shrinking number of regularly published local Jewish newspapers printed in the United States and Canada, and to the handful of international papers that cover Jewish issues.

The JTA, founded in 1917, insists that it is feeling no pressure from JNS.

“We are very satisfied that, even with the rise of multiple new Jewish media properties, the reach of our syndication network and our own online products has grown significantly over the past two years,” JTA editor-in-chief and CEO and publisher Ami Eden said in an emailed statement.

The JTA continues to have a far broader reach than JNS, with high-profile subscribers such as the Israeli newspapers Haaretz and The Jerusalem Post. But at least some local Jewish newspapers have dropped the JTA since the new service’s launch.

“They offered us a good deal,” said Lee Chottiner, executive editor of The Jewish Chronicle, a Pittsburgh paper, explaining his decision to switch to JNS from the JTA. “They produce quite a bit of copy on Israel, which is important to us.”

Chottiner, who said he uses very few wire stories in his paper, said that he had no problem with the JTA’s content. “JTA does an excellent job,” Chottiner said. “We made a business decision.”

Pergament said that JNS offers its content free to about one-quarter of its subscribers, and that all subscribers get their first year free. Roughly 40 outlets use JNS stories, Pergament said, with paying outlets charged between $400 and $700 a month.

The JTA declined to disclose the amount it charges its subscribers, though that number is clearly higher than JNS’s fee. The organization lists 88 subscriber outlets on its website.

The Forward subscribes to the JTA. It does not subscribe to JNS.

“Our founders believe that there is a bias against Israel… a media imbalance,” said Jacob Kamaras, JNS’s editor. “We seek to provide factual and fair content about the Middle East.”

The wire has five staffers plus a number of nonstaff contributors.

JNS’s unusually small board of directors has strong ties to groups that unstintingly defend or promote Israel. According to its most recent tax filings, the group’s consists of two members besides Pergament: a Boston real estate developer named Joshua Katzen, and his wife, Amelia Katzen.

Joshua Katzen is active in a handful of groups seen widely as hawkish or devoted to fighting fiercely against perceived negative portrayals of Israel. He and his wife are both members of the board of CAMERA, a pro-Israel media watch organization. Katzen is also vice chairman of the National Board of Governors of Middle East Forum, a conservative, Israel-focused think tank, and is president of a group called REPORT, formerly known as American Friends of NGO Monitor. REPORT funds the Israeli group NGO Monitor, which focuses on rebutting criticism of Israel by human rights organizations such as Human Rights Watch and Amnesty International.

Pergament denies that JNS’s content is politically determined. Yet he admits that the wire has a mission.

“JNS is a nonpartisan, objective, straight down the middle newswire with no axe to grind except one: to see that Israel gets a fair shake in the news,” Pergament wrote in an email. “One of the reasons we started this is to redress the terrible imbalance that seems to hold Israel responsible for every bad thing in the Middle East.”

Some JNS features seem to come from a right-wing perspective. The lead story on JNS’s website for a handful of days in mid-June was a profile of a man named Mark Langfan, who makes maps highlighting the threat to Israel. In one map packaged with the story, which, the JNS caption reports, “depicts major Palestinian rocket-launching sites,” Gaza and the West Bank are overlaid with massive clip art images of truck-based rocket launchers. The JNS story does not mention that Langfan is the newly named national chairman of Americans for a Safe Israel, which advocates Israeli annexation of the occupied West Bank.

Pergament declined to disclose who JNS’s funders are. He also declined to say whether Sheldon Adelson had donated to the newswire. A spokesman for Adelson did not respond to a request for comment.

Pergament criticized the JTA’s coverage of Israel, focusing on the 2010 raid on the Mavi Marmara activist ship by Israeli soldiers. Netanyahu later apologized for Israeli actions during the raid.

Eden defended JTA’s coverage of the incident. “We respect the many Jewish and Israel advocacy organizations out there, but JTA has a different mission — to provide readers and clients with balanced and dependable reporting,” he wrote. “We are confident that any fair-minded person who read JTA’s reporting on the Mavi Marmara incident would reject the idea that we sought to blame Israel.”

JNS may receive attention for the tenor of its Israel coverage, but it’s the wire’s features and special, designed to help client papers sell advertisements, that seem to garner the most praise from subscribers.

“They’re able to put together generic packages on everything from real estate to home design,” said Phil Jacobs, editor of Washington Jewish Week, which subscribes to both the JTA and JNS.

Pergament said that the JTA had begun to offer more regular special sections in response to the JNS’s special section program. The JTA did not contest the claim.

For now, JTA and JNS exist in parallel. For some publishers, that’s a perfect arrangement.

“We have no interest in leaving JTA,” said Craig Burke, publisher of Washington Jewish Week and the Baltimore Jewish Times. “They serve a really good purpose for us. JNS has some different capabilities…. It’s a little bit of diversity.”