Can ‘Student Villages’ Turn Tide of Poverty in Israeli City of Lod? 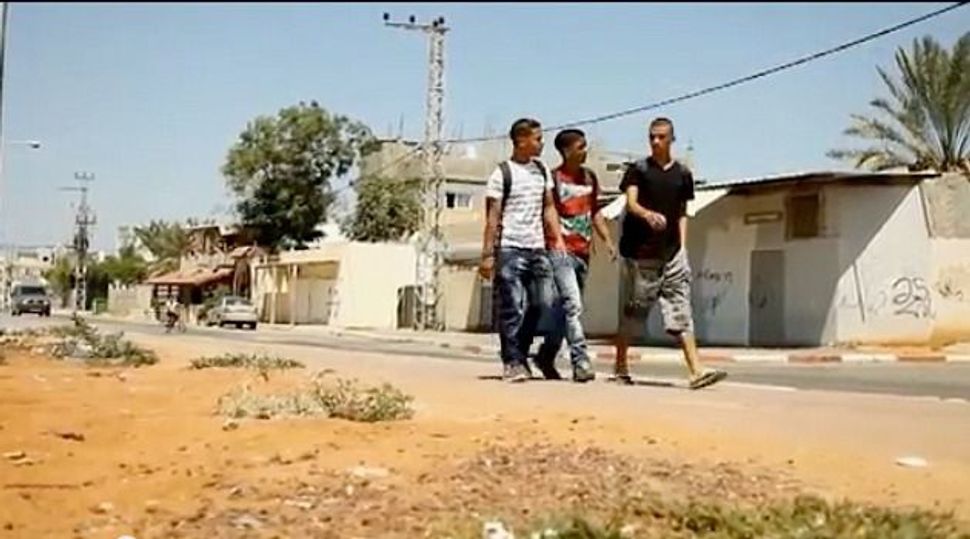 Image by courtesy of ayalim

Fifteen minutes from the beaches, hotels, and leafy neighborhoods of north Tel Aviv, the city of Lod has become synonymous with failure, decay, and neglect.

While new towns like Modi’in and Beit Shemesh have become home to middle-class Israelis working in the Gush and Jerusalem, Lod and its sister town Ramle continue to suffer higher unemployment and poorer social services, as well as the impact of widespread crime and drug abuse.

Changing the dynamic on the ground there is absolutely essential for Lod’s 70,300 residents – a mixture of Christians, Muslims, Bedouin, and 45,400 Jews, religious and secular, mostly Sephardim but also olim from Ethiopia and the former Soviet Union. Constantly on the verge of financial crisis, the municipality has until recently been more concerned with getting through the next year than planning for the longer-term improvement and regeneration of Lod.

The absence of foresight and funds has prevented the implementation of projects which might make Lod a viable and attractive town for middle-class Israelis to make a home, raise families, and move their businesses to, something which would benefit not only Lod but the whole nation. The betterment of Lod ties into the wider aims of the Israeli state, namely having a more equitable distribution of people and economic resources throughout the country. Last week, Israel’s Ministry for the Development of the Negev and Galilee announced a $30 million project to attract 300,000 new residents to the country’s peripheries over the next ten years.

Ayalim, an NGO dedicated to encouraging the settlement of the Negev and the Galilee, is one of a number of organisations seeking to be part of that change. Since 2002, it has founded twelve villages built by and home to hundreds of students and pre-army volunteers, including Lod: in Kiryat Shmona, Karmiel, Akko, and Menahamiya in the north; and Be’er Sheva, Arad, Dimona, Yeruham, Ofakim, Ashalim, and Yachini in the south.

Constructed in established communities, these student villages act as a seed. Through charitable endeavours, the students help to improve the lives of the people around them. In so doing, in a small way the students help the peripheries flourish while becoming connected to the land, the nation, and the essence of Zionism. In October, Ayalim will break ground on a new village in the development town of Mitzpe Ramon.

Ayalim has been a presence in Lod since 2011, when it built an urban commune in the inner city now home to 30 students. Its activities there have focused on bridging the divide between the Jewish and Arab sectors of the city through educational outreach and street festivals. “There’s a feeling that people are happy that we’re here, happy to see young people in the neighbourhood, and everyone is hopeful that we’ll succeed in impacting this ancient city that knew more magnificent times, and like Sleeping Beauty, will start to awaken from her slumber,” its students have said.

Now, Ayalim wishes to take over what is at present an abandoned, dilapidated school building and convert it into a second urban village. In October, hundreds of students and volunteers will renovate the structure, turning the classrooms into apartments for a gar’in for fifty students to inhabit. They also plan to rebuilt the sports centre, landscape the site, and plant a community vegetable garden. Once finished, their work will centre on their immediate surrounds, building parks for Lod’s children, running family centres and afterschool programs in order to be “a living example of social activism.”

At present, Ayalim are in the fundraising stage of their operation. Using the online kickstarter tool Jewcer, Ayalim are seeking to reach out to the Diaspora, thereby connecting donors both financially and emotionally to the problems of Lod and the project of reviving Israel’s neglected regions. “We decided that on this project we want to involve as many people as possible. By providing the opportunity to take part in this initiative, we believe that more people around the world will be able to take pride and strengthen their connection to Israel.”

Their pitch is a simple one: “Think about it — next time you are in Israel, you can visit the Student Village and know that you helped make a difference for the children and families in this neighbourhood.”

Can ‘Student Villages’ Turn Tide of Poverty in Israeli City of Lod?