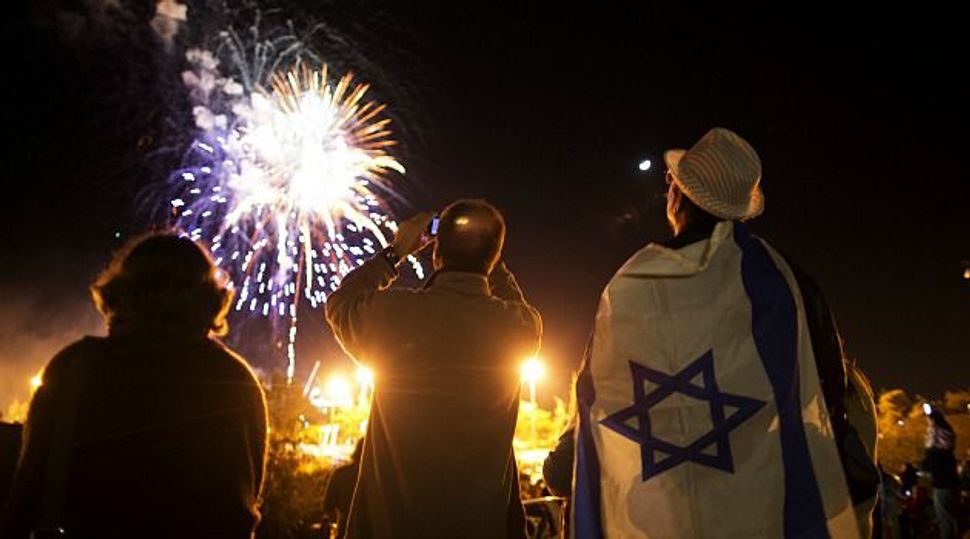 Fraying Consensus: Unflinching support for Israel and its government of the day used to be a hallmark of American Jewish opinion. That?s changing, but don?t tell it to the Jewish establishmnent. Image by getty images

American Jews are far more critical of Israel than the Jewish establishment, according to the new Pew survey, but Jewish leaders say the findings won’t change their positions.

Officials with leading Jewish organizations told the Forward that the 48% of American Jews who Pew says think the Israeli government isn’t making a “sincere effort” to come to a peace deal are either uninformed, unengaged, or wrong. They also asserted that those respondents don’t represent their constituency.

“You know who the Jewish establishment represents? Those who care,” said Abraham Foxman, national director of the Anti-Defamation League. “This is a poll of everybody. Some care, some don’t care.”

“I think it’s interesting, we need to be aware,” he said. “But I’m not going to follow this.”

Pew’s Portrait of Jewish Americans, based on interviews with 3,500 Jews in all 50 states, found that most Jews feel attached to Israel. But it also found high levels of skepticism of the Israeli government and high levels of opposition to the continued construction of settlements in the West Bank.

Leaders of these establishment groups, when contacted by the Forward, were unconcerned about the apparent disconnect.

Foxman, who has led the ADL since 1987, said that Jewish leaders weren’t beholden to the opinions of the Jewish public. “I don’t sit and poll my constituency,” Foxman said. “Part of Jewish leadership is leadership. We lead.”

Some Jewish officials argued that those Jews suspicious of the Israeli government didn’t know much about Israel.

Jews who told Pew that they had no religion were far less likely to believe that the Israelis are sincere in their peace efforts than those who said that their religion is Judaism. Jews of no religion are also less likely to be involved in Jewish life. According to Steve Bayme, , director of the Contemporary Jewish Life Department at the American Jewish Committee, that suggests that they know less about the peace process.

“Those who are most involved in Jewish life are also most knowledgeable, and therefore I tend to think their opinion more closely parallels the opinion of the organized Jewish community,” said Bayme. “Those not involved… they are the ones who are going to be viewing these issues from a lack of adequate knowledge base.”

Others officials within the Jewish establishment said that the broad swath Jews reflected in the survey were not within the constituency of the mainstream Jewish groups.

“Do we represent the disorganized, unaffiliated Jewish community? Do we represent the 50% of Jews who, in a calendar year, do not step into a synagogue, do not belong to a JCC, and are jews in name only?,” asked one official with a major Jewish organization not authorized to speak by his group on the Pew survey. “The answer is a complicated one.”

The official said that the survey results, which mix answers from engaged Jews and those unattached to the Jewish community, paint a muddy picture of the opinions of engaged Jews.

In response to nearly all of Pew’s questions about Israel, young Jews were more likely to be critical of Israel and less likely to feel attached to Israel. A quarter of Jews aged 18 to 29 believe that the U.S. is too supportive of Israel, according to Pew.

Bayme said that the figure concerned him, but argued that it pointed to assimilation among young Jews rather than a policy disagreement.

Rabbi Steve Gutow, executive director of the Jewish Council for Public Affairs, said that those criticisms of Israel among the young could change as young Jews age.

“What will happen, more than likely, is that many of these younger people will become more attached,” Gutow said.

The leaders of J Street, the dovish pro-Israel group that is more willing to criticize the Israeli government on some issues, suggested that mainstream Jewish groups are having difficulty maintaining support because they have maintained lockstep support for the Jewish state, even as Jewish public opinion shifts.

“Many of the major organizations see their job as supporting Israel 100% of the time,” said Alan Elsner, vice president for communications at J Street. “And that may be a reason why some of these same organizations are finding it difficult to maintain their support and maintain the enthusiasm of their backers.”