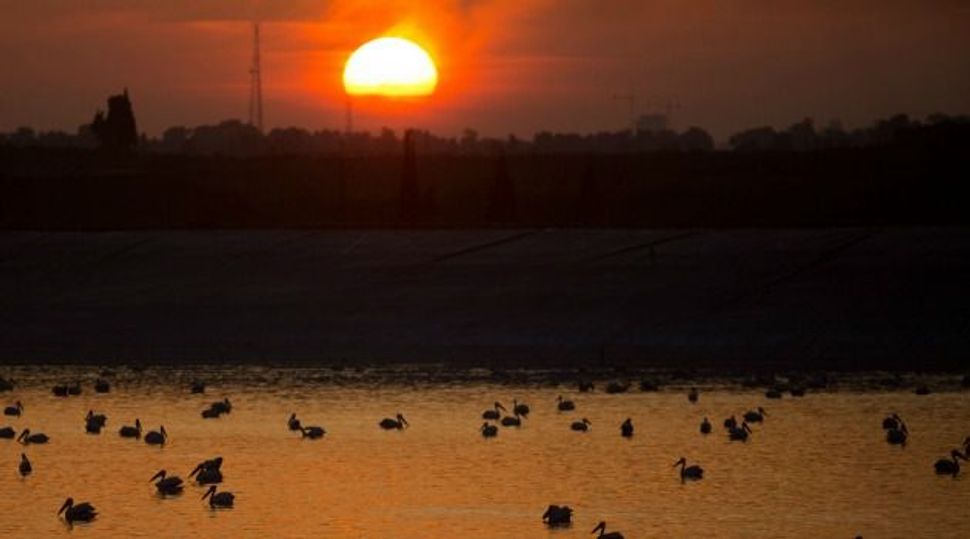 (Haaretz) — Tu Bishvat, the so-called Jewish Arbor Day, what better time to examine the preservation of nature in Israel and compare it to the situation in other countries?

To do this, we can turn to a new report issued by the Society for the Protection of Nature in Israel, which will be presented in Jerusalem next Monday at the organization’s sixth annual Conference on Nature and the Environment titled “Israeli Nature – In Which Direction?”

The report examines preparations to implement a national plan to preserve biological diversity, whose outline was unveiled by the Environmental Protection Ministry at a well-publicized media event four years ago. The paper compares Israel’s actual situation to the targets for preserving biological diversity set by international conventions and the Organization for Economic Cooperation and Development.

Two months ago, the European Parliament formally enacted the European Union’s seventh Environment Action Programme as law. Among other things, this program requires European countries to work to halt the loss of biological diversity by 2020.

Preserving biological diversity means protecting every species of flora and fauna as well as the ecosystems that maintain them. In Israel, however, all indicators show a decline in biological diversity, including in the four years since the outline of the national plan was unveiled. About one-third of plant species unique to Israel, some two-thirds of all mammalian species and about a third of reptile species are in danger of extinction.

Roughly one-fifth of Israel’s lands are defined as nature reserves. But the vast majority of these are in the Negev, and many of them are in army firing zones. Of lands in the Mediterranean region – i.e., north of the Negev – only 55 percent are protected reserves.

Moreover, only 17 percent of endangered plant species are protected by law, and about 40 percent of Israel’s ecosystems receive a lower level of protection than that recommended by the International Union for Conservation of Nature. These include vanishing landscapes such as loess plains in the Negev, areas of natural undergrowth, expanses of red loam and coastal sands.

Israel also has 160 invasive species that drive out the local vegetation.

The Environmental Protection Ministry published a detailed booklet that explains the importance of the national plan to preserve biological diversity. But no operative plan has been developed for implementing it; no funding has been allocated; no clear goals have yet been set; and nothing has been done to promote cooperation with other ministries on the issue.

A national plan is one of the OECD’s key recommendations with regard to biological diversity, and it is also a key element of the Aichi Biodiversity Targets – a series of goals for preserving biological diversity that were set out three years ago in an international convention on the matter. Israel signed this convention, and is therefore obligated to work to implement these goals.

The ministry said it is working on an implementation plan and making every effort to obtain the necessary funding. “We would be happy if this were quick and easy work,” it said in a statement, “but we prefer to invest time and effort in this plan, which we believe in with all our hearts, rather than showing off nice-sounding plans that haven’t a chance of being implemented.”

That’s a forceful reply. But given the rate at which Israel’s flora and fauna are disappearing, it’s nowhere near sufficient.

The SPNI report claims that at the strategic level of government decisions, the need to include considerations of biological diversity hasn’t yet been assimilated. This is glaringly evident in the way numerous decisions have been made, including the decision to build a railroad to Eilat, decisions to establish new residential communities and a recent reform of the planning and building laws.

As one example, the report cites a document issued by the Prime Minister’s Office last year that analyzes the impact of regulation on various economic parameters, but doesn’t say a word about its impact on biological diversity.

The Environmental Protection Ministry acknowledged that SPNI’s findings are accurate. “A look at the route approved for the railroad to Eilat suffices to prove that decisions are indeed made in Israel that don’t take preserving biological diversity into account,” it said. “That’s why Minister Amir Peretz objected to this route. Every day, the ministry fights to preserve biological diversity against many interested parties. Also, it’s worth mentioning the stiffer punishments for illegal hunters and the minister’s efforts in the housing cabinet on behalf of building within cities rather than in open spaces.”

A necessary condition for implementing a preservation policy that complies with international standards is assessing the existing situation of various ecosystems. In the report on Israel’s environmental situation that the OECD prepared three years ago, it explicitly recommended conducting such an assessment. But SPNI says that currently, ecosystem monitoring is carried out by a private foundation, via a project called HaMa’arag – Israel’s National Ecosystem Assessment Program, which receives very little governmental assistance.

The Environmental Protection Ministry countered that the government allocated more than a million shekels ($287,000) to HaMa’arag, earmarked for monitoring both land-based and marine ecosystems, and that this monitoring – which is a basic tool for answering questions such as what needs to be protected – is starting to bear fruit.

“We’re fighting with the Finance Ministry to obtain additional funding for projects like this and other projects,” it said. “But we won’t sit around and put our vital activities on hold until such funding arrives.”