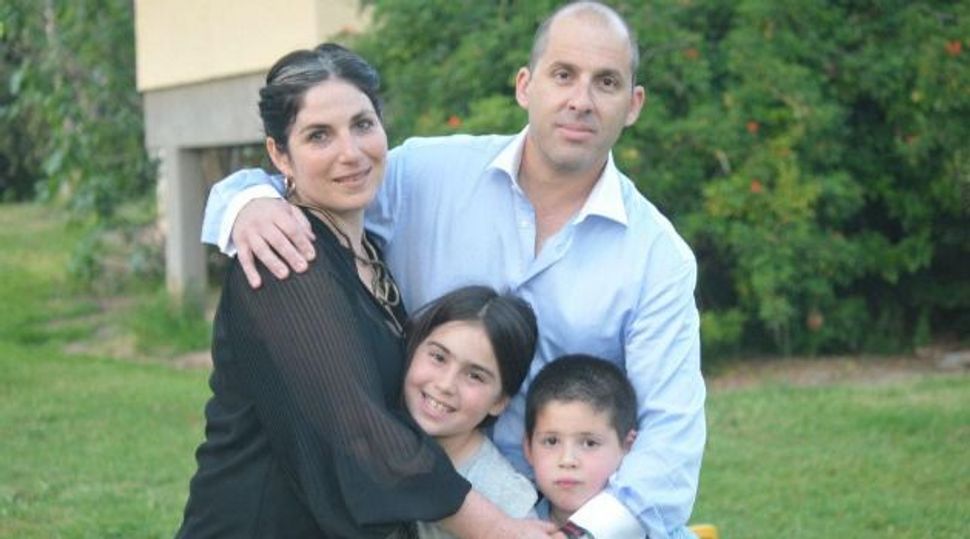 Ravid Brosh and Noa Tzur-Brosh woke up one morning in their peaceful suburban home in Rockville, Md., and found that after a long period of discussion, both had reached the same decision: to return to the kibbutz.

Not that life was bad — the couple had relocated to the United States from Israel five years earlier, and they were about to receive the much-coveted green card that would allow them to stay as permanent residents. He had a well-paying job, and she was studying photography. Both their children spoke English fluently; their daughter, Romy, excelled in a public school, their son, Ivri, in a Jewish kindergarten. They had a comfortable life, according to Tzur-Brosh.

But by 2008 they felt that the best place for them and for their children was Hatzor, the kibbutz where Tzur-Brosh, now 41, was born and raised.

(This reporter was raised there, too.)

The Brosh family’s personal decision is part of a wider trend. After years of decline or stagnation, the population of kibbutzim is now on the rise. In 2001 there were about 115,700 residents in 268 kibbutzim in Israel, according to the government’s Central Bureau of Statistics. Today there are 155,455 people living in kibbutzim. Seventy-five percent of this population growth has occurred since 2008.

Hatzor, which is located one hour south of Tel Aviv, near the coastal city of Ashdod, has gone from 280 kibbutz members a decade ago to 343 members today. Dozens more are waiting for their chance to apply for membership, which will come after more houses are added. Forty-four new family homes are currently being built on what used to be agricultural land.

Most of the new members are people who grew up in the kibbutz, left it in their early 20s and returned with spouses and children. The surge of returnees has had a significant impact on the average age of the Hatzor demographic. In 2004, only 7% of members were younger than 50. Today, 35% are.

As with other kibbutzim, the population growth at Hatzor came at a cost to the ethos that originally animated the kibbutz’s founding. People began to come back only after economic reforms were implemented that helped shift Hatzor from an egalitarian system — “From each according to his ability, to each according to his need” was the defining slogan — to an economic model in which every household is financially independent.

“The kibbutzim abandoned the system of sharing money on the basis of financial need,” explained Raymond Russell, who is a sociology professor at the University of California and last year co-wrote “The Renewal of the Kibbutz — From Reform to Transformation.” “The traditional cooperative kibbutz has ended, and we have a new individualistic kibbutz.”

What remains of the traditional kibbutz, according to Russell, is an ethic of mutual aid.

“There is still a sense of ‘We take care of each other,’” he said, speaking of the kibbutzim he researched for his book. “But not much more than that.”

At Hatzor, the reforms began in the late 1990s and gradually led to the current model, in which members are required to pay a progressive kibbutz tax — those with higher incomes pay more — and there is a safety net that ensures Social Security and pensions for all.

“Now we can choose our own job, and have the ability to move ahead in our professional life,” said Tzur-Brosh, who today works as Hatzor’s director of education, supervising the kibbutz’s nurseries and kindergartens and the after-school activities of students ages 6–18.

Most of Hatzor’s members are employed outside the kibbutz. Brosh works at Safeplace, a manufacturer of safes for the global hospitality industry. Hatzor owned Safeplace before a large Swedish corporation bought it out in 2010. Tzur-Brosh said the economic reforms have not compromised her kibbutz’s sense of community, but that Hatzor is definitely different from the home in which she grew up.

“I like the fact that there is more privacy now,” she said. “No one expects or demands anything from you; if you want to be part of communal or cultural activities, you can, but if you don’t want to, you don’t have to. It is much more relaxed.”

Six years have passed since the family left the United States and returned to the kibbutz, and the couple are positive that they have made the right decision for themselves, and especially for their children.

“The kibbutz gives our kids an enormous amount of independence, which they won’t get in another place,” Tzur-Brosh said. “We know all of their friends’ parents, and our kids can walk around freely to their friends’ homes. Having them grow up in this kind of community gives us peace of mind.”

Go to forward.com for a video about this family.