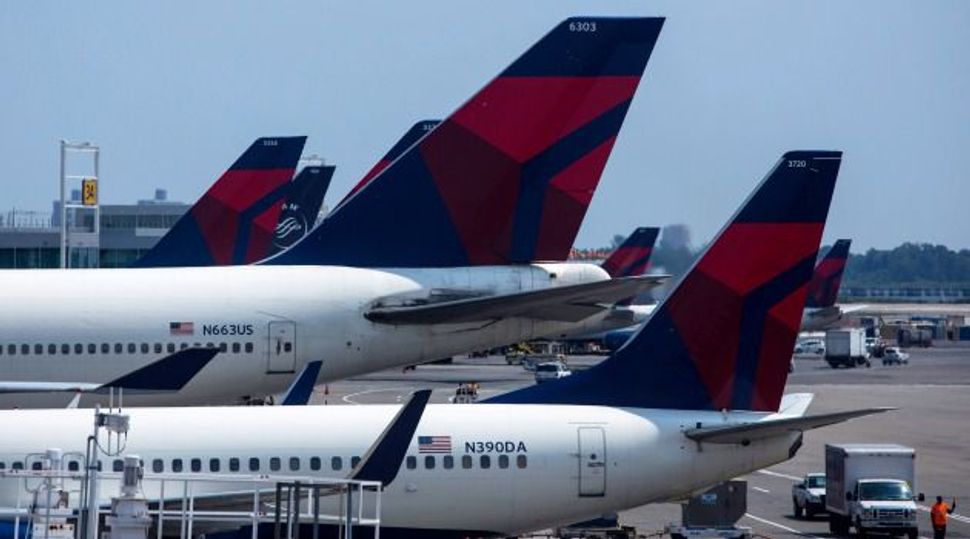 American authorities extended a ban on flights to Tel Aviv’s airport for an additional day Wednesday.

The widening conflict in Israel forced most airlines to scrap flights Tuesday to Tel Aviv over rockets from Gaza — dealing a major blow to Israel’s tourism industry.

The Federal Aviation Administration suspended all U.S.-based flights to Israel Tuesday after a rocket struck a mile from Ben Gurion International Airport in Tel Aviv. The 24-hour mandate, which may be extended at FAA discretion, has catalyzed numerous European airlines to cancel their own Israel-bound flights — including Air France, Lufthansa, KLM, and Turkish Airlines at the time of publication.

“Hamas knows very well that Israel likes its hotels to be full with tourists from around the world,” said Marvin Hier, founder of the Simon Wiesenthal Center. “One way to put the squeeze on Israel is to prevent those tourists from coming by firing rockets near the airport.”

The U.S. Federal Aviation Administration (FAA) issued a 24-hour prohibition on flights by U.S. carriers to Israel earlier in the day after a Palestinian rocket struck near Ben-Gurion International Airport outside Tel Aviv.

An Israeli official said that Netanyahu, speaking to Kerry while the U.S. diplomat was in Egypt trying to broker a Gaza truce, “asked him to to work for the resumption of flights by American carriers to Israel.”

The Jewish Federations of North America issued talking points Tuesday to its executives and constituent federations on how to handle making inquiries about the travel advisory and the FAA ban.

Michael Bloomberg, the former New York mayor, called the restrictions a “mistake” in a statement and flew to Tel Aviv to show solidarity with Israel.

“The flight restrictions are a mistake that hands Hamas an undeserved victory and should be lifted immediately,” Bloomberg said. “I strongly urge the FAA to reverse course and permit U.S. airlines to fly to Israel.”

Even before the ban, the war was hitting Israel in the pocket.

Many hotels have already seen a dip in bookings since the conflict began. A receptionist at the David Citadel Hotel in Jerusalem said occupancy was below 40% in July — uncharacteristic numbers for one of the strongest tourism months of the summer.

Jeremy Sheldon, the evening manager at the King David Hotel, echoed her remarks in general terms. “We are quieter than we would like to be at this time of year.”

Tour guides are also bracing for more cancellations, especially after the U.S. State Department issued a travel warning Monday for Israel “due to ongoing hostilities.”

Marty Friedlander, a freelance tour guide said July 22 that he was at a standstill until at least August 4.

“Between the US State Department advisory and all the airlines taking Israel off their map, it doesn’t look too optimistic.”

Even El Al said on Tuesday its expecting a third-quarter drop in revenue by as much as $50 million due to canceled bookings, according to the Wall Street Journal.

It seems the only tourist spots doing all right are in far-north Israel, where Hamas rockets can’t reach. At Kibbutz Lavi Hotel in the Galilee, sales manager Guido Sasson said occupancy for July is right where expected — around 70%. The clientele is different though, with a greater amount of domestic reservations.

“We made a special offer for south citizens,” Sasson said. “We gave them a very good rate and we got a lot of people who didn’t want to stay in the south to come up here and stay with us.”