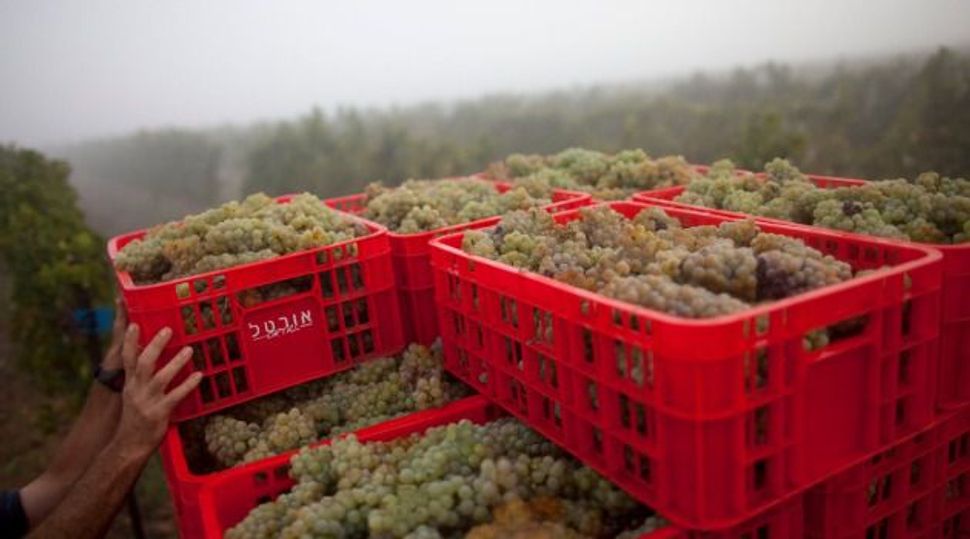 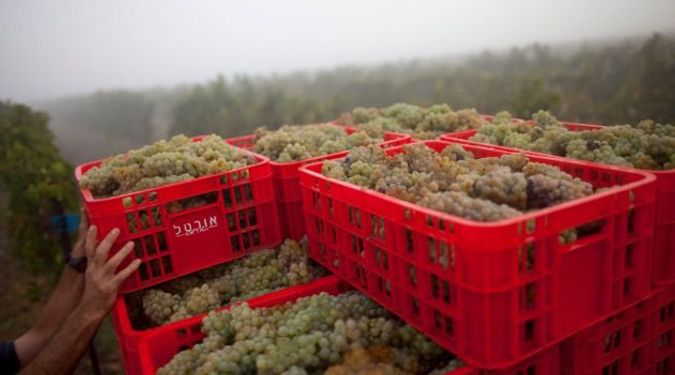 Closing the box quickly, he explains that it cannot be open for long. The pebble-like pieces, which were uncovered in an archaeological dig near Jerusalem’s Old City, are in fact remains of a kilo of grapes stored nearly 3,000 years ago. They were preserved under layers of earth from the era when David and Solomon ruled over the Land of Israel.

Next to his laboratory at Ariel University, Drori – an oenophile who has judged international wine competitions – already has barrels of wine made from grapes that have grown in Israel for two millennia. Finding a living sample of the 3,000-year-old grapes will be the next step in his years-long quest to produce wine identical to that consumed in ancient Israel.

“It’s not interesting to make chardonnay in Israel because there’s chardonnay that comes from California,” said Drori, the agriculture and oenology research coordinator at the Samaria and Jordan Rift Center of Ariel University. “But if you can make wine in Israel that isn’t elsewhere and that connects to the history here, that’s much more interesting.”

Today there are hundreds of Israeli wineries, but they largely use varieties of grapes that are indigenous to Europe. By finding and growing grapes native to Israel, Drori hopes to bring Israeli winemaking back to its roots.

One major hurdle: The area’s past Muslim rulers prohibited alcohol consumption for centuries, and many indigenous grape varieties all but fell out of use. But some of the grape varieties survived.

Cremisan Cellars, a winery outside Bethlehem run by Italian monks, has produced a dry white wine called Hamdani Jandali that is made from two species indigenous to the area. Drori has found mentions of Jandali and Hamdani grapes in Second Temple-era texts from 2,000 years ago, and is preparing to showcase kosher wines made from the grapes at a festival next summer.

With funding from the Jewish National Fund as well the city and national governments, three years ago he sent a team of Ariel masters’ students on treks across Israel to find grapes growing in the wild. After three years of searching across the country – with tips from hikers who had seen wild grapes – the students found 100 varieties of grapes unique to Israel. Of those, at least 10 are suitable for winemaking.

“I understood how much local species are connected to their countries,” said Yakov Henig, one of Drori’s student researchers. “Every nation has its species, and we have a culture and tradition of making wine. This is connected to our identity.”

Drori’s next goal is to match the wild grapes to grape seeds and remains found in ancient archaeological sites. If a seed has survived the centuries with its shape intact, Udi Weiss, an archeo-botanist at Bar-Ilan University, will create a 3-D scan of the ancient grape seed and determine based on its shape whether it matches grapes that grow now.

“We want to get to a place where there will be a kind of fingerprint for the species we found all over Israel,” said Weiss, who works with Drori. “My hope is that I can say that a sample is exactly the shape of a seed I found in David’s City in Jerusalem.”

To tackle the challenge of grape remains whose shapes have been distorted, Drori has enlisted Mali Salmon-Divol, a biologist specializing in DNA analysis who has begun sequencing the genomes of the indigenous Israeli grapes. Once Salmon-Divol has a record of each species’ DNA, she will sample the DNA of the ancient grapes and see how they line up.

Based on the fruits’ genes, Salmon-Divol can tell a lot about the wine they produced.

“You want to know what this wine looked like, which wine King David drank, white or red,” she said. “We can see if it’s red or white, strong or weak.”

Drori is vinting his wines purely for research, but hopes Israeli wineries will use the indigenous species – as long as they’re not sacrificing their wines’ taste.

“We want wine that’s good because of its quality and its story,” he said. “Our goal is to interest the vineyards to bring the antique species back.”