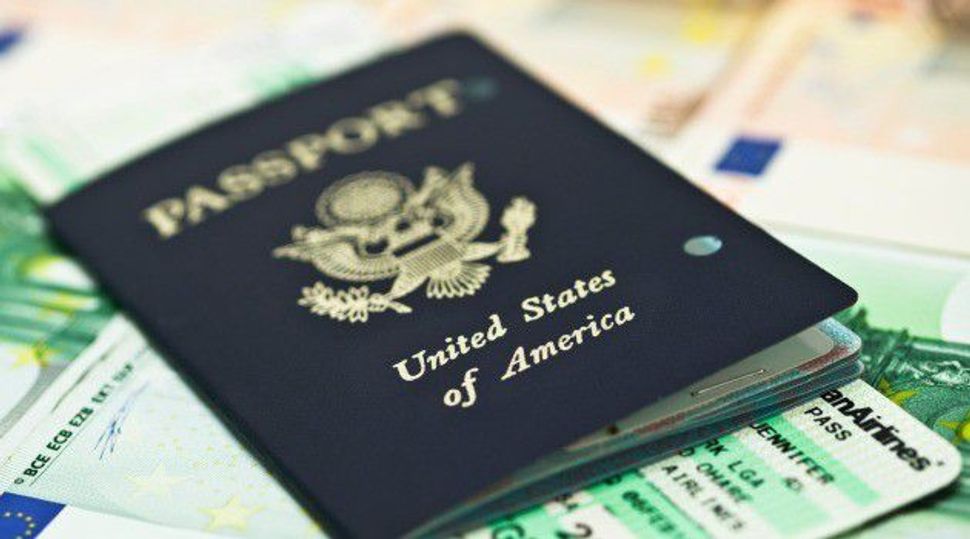 (JTA) — A lawyer for a boy born in Jerusalem whose parents want Israel listed as the birthplace on his U.S. passport tried mightily this week to make a Supreme Court hearing mainly about their wish, but the justices kept upping the ante.

That might mean bad news not just for 12-year-old Menachem Zivotofsky and his folks. It could also present a problem for the prospects of U.S. recognition of Jerusalem as Israel’s capital should the court defer to the Obama administration’s argument that a 2002 law allowing the Israel listing infringes on the president’s prerogative to set foreign policy.

Alyza Lewin, the lawyer who represented Zivotofsky in oral arguments at the court Monday, acknowledged that the tenor of questioning indicated support among the justices for the idea that the case hinges on the separation of powers between the executive and legislative branches.

But in gamely parrying some tough questions in her first appearance before the nation’s highest court, Lewin sought to downplay the significance of recognizing Zivotofsky’s birthplace as Israel, saying it was an issue of personal choice and not an attempt to interfere with the president’s right to recognize foreign governments.

“We gave the court alternative arguments, that what you put on a passport does not amount to recognition,” Lewin told JTA.

Monday marks the second time that the Supreme Court has heard arguments on the constitutionality of the 2002 law, which allows U.S. citizens born in Jerusalem to have Israel listed as their birthplace on their passports.

The measure was enacted by President George W. Bush, but both he and Obama have declined to enforce it. The Zivotofskys filed suit after the State Department refused their request to list Menachem’s birthplace as Israel.

The justices seemed skeptical of Lewin’s claim that the Zivotofskys’ bid did not challenge the presidential recognition prerogative.

“What is the effect of this statute other than something that goes to recognition?” Justice Elena Kagan asked.

“This statute is a statute that was created to give individuals the right to self-identify as they choose that they were born in Israel,” Lewin replied.

Kagan said that if that were true, “this is a very selective vanity plate law,” noting that Americans born in Northern Ireland could not identify as being born in Ireland. “And for that matter, Kagan said, “if you are an American born in Jerusalem today, you can’t get the right to say Palestine.”

Anthony Kennedy, often a swing justice on the nine-member court who more often than not sides with the conservative wing, also seemed skeptical of Lewin’s claim.

“Do you want us to say in our opinion that this is not a political declaration?” he asked.

Lewin answered in the affirmative.

“Well then,” Kennedy said. “I’m not sure why that Congress passed it then.”

Like Bush before him, Obama maintains that changing the wording on passports would damage the American role as a peace broker in the Middle East by favoring an Israeli claim to Jerusalem. Since Israel declared independence in 1948, the United States has maintained that no country has sovereignty over Jerusalem and that the city’s status must be determined by negotiations.

A win for the Obama administration would inhibit Congress’ ability to affect foreign policy, said Marc Stern, the general counsel for the American Jewish Committee, which filed an amicus brief on behalf of Zivotofsky. Such an outcome could have an immediate impact by, for example, limiting congressional ability to restrict the dimensions of a nuclear deal with Iran, Stern said.

“It won’t be just a decision on presidential power around the world, it will also be understood as undercutting Israeli claims to Jerusalem,” Stern told JTA. “In the real world it will have impact and we’ll have to figure out what to say at that point. What does that mean for what the administration says about a final settlement, and is west Jerusalem up for grabs?”

Lewin said she was not concerned that a decision, even one that goes against her client, would have such broad ramifications. The current court has been known for narrowly casting its decisions and avoiding far-reaching constitutional conclusions.

“I don’t see this court writing an opinion giving the executive branch such broad power in foreign policy that it cuts out Congress from that role,” said Lewin, the daughter of seasoned Supreme Court lawyer Nat Lewin.

Lewin did acknowledge, however, that the ruling could have far-reaching import for Jews and their attachment to Jerusalem.

“Getting this practice changed is very important psychologically, regardless of separation of powers,” she said. “And this case has raised awareness. Before this, many people were unaware that the formal position of the United States is not recognizing Israel’s capital as Jerusalem.”

Nathan Diament, the Washington director of the Orthodox Union, which filed an amicus brief on behalf of Zivotofsky, said that while Lewin was casting her case as the choice of an individual, it had broader meaning.

“There are many American Jews and other Americans who think it’s absurd that the United States and other world governments do not extend to Israel the courtesy they extend to other countries by recognizing where its government sits as it capital and not located its embassy there,” he said.