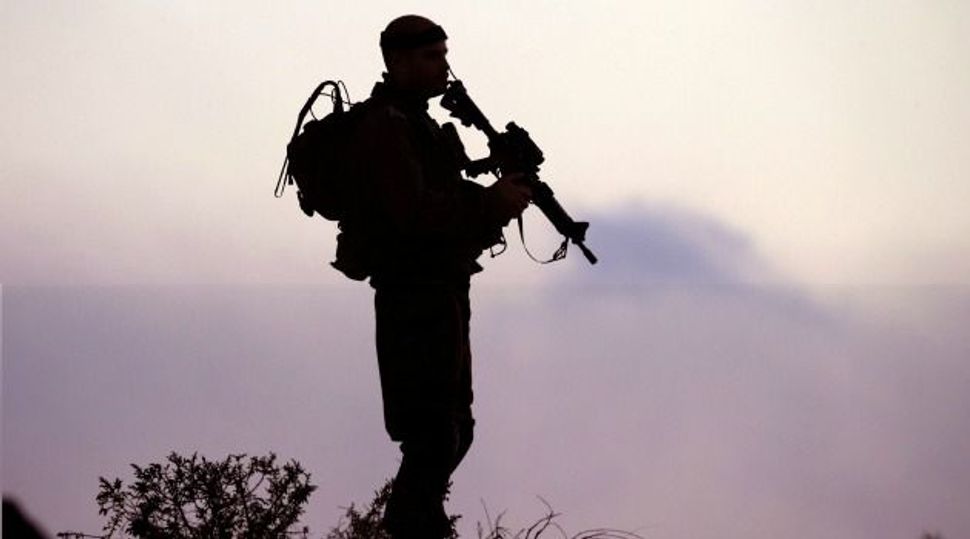 The Lone Soldier Center, which looks after isolated young people serving in the Israel Defense Forces, has severed ties with a rabbi accused of inappropriate behavior with boys and young men.

The center acted weeks after the Forward began making inquiries about Rabbi George Finkelstein’s involvement with the group.

In an email to a Lone Soldier Center executive committee member obtained by the Forward, Finkelstein agreed to cease all center-related activities. In the September 29 email, Finkelstein said that he had “tried to contribute whatever little I have been able to, to help the center succeed in its mission.”

“For my own well-being — I will no longer volunteer nor will I attend functions of the Lone Soldier Center,” he added. “I do hope to continue to inform people about the center’s work and try to interest people in helping the center.”

Reached by phone in Israel, Finkelstein declined to comment.

Finkelstein was a respected member of the Modern Orthodox community in the United States and Israel until late 2012, when a series of articles in the Forward highlighted allegations by more than 20 men that Finkelstein abused them during the 1970s, ’80s and ’90s when he was an administrator at Yeshiva University High School for Boys, in Manhattan.

The Lone Soldier Center was founded in 2009 for IDF soldiers who receive no family support during their army career, usually because their parents live overseas or because, in the case of some ultra-Orthodox soldiers, their parents disapprove of military service.

Such soldiers often face greater difficulty dealing with mundane tasks when they are on leave, such as doing laundry, paying bills and arranging doctor’s visits. They may also feel more isolated and lonely.

The center, which has offices in Jerusalem, Tel Aviv, Haifa and Beersheba, relies on volunteers for most of its work. It estimates that more than 5,700 lone soldiers serve in the IDF. Many of those soldiers are American.

Finkelstein became involved with the center in 2010, when he was executive director of the Jerusalem Great Synagogue. The synagogue hosted monthly Friday night dinners for lone soldiers in its basement events hall. The dinners regularly attracted up to 200 active and former soldiers.

Finkelstein resigned from the Great Synagogue in December 2012, following an article in the Forward in which several men said he behaved inappropriately with them when he was an administrator at Y.U.’s boys high school from 1968 to 1995.

In the months that followed, numerous others came forward with similar tales. Former students said Finkelstein coaxed or forced them to wrestle with him in the school and at his home. Once they were pinned to the floor, the men said, Finkelstein rubbed his erect penis against them. In some cases, he kissed boys on the neck and told them that he loved them.

A subsequent investigation by the Forward found that Finkelstein allegedly continued this behavior at his next two posts, as an administrator at the Scheck Hillel Community Day School, in North Miami Beach, Florida, from 1995 to 2001, and afterward when he went to work at the Great Synagogue.

In 2009, a 26-year-old man reported to Jerusalem police that Finkelstein had wrestled with him over a two-and-a-half year period in Finkelstein’s Jerusalem home and in his office at the Great Synagogue. The man said he had been suffering from serious family problems and that Finkelstein used his position at the synagogue to gain his trust. Jerusalem police eventually dropped the case because of insufficient evidence.

The man, who did not wish to be named, told the Forward in September of this year that he found it “abhorrent” that a person with Finkelstein’s “track record of manipulating teenagers and high school students” could be allowed to participate with the Lone Soldier Center.

The man said Finkelstein is “not trustworthy, not reliable, and the decision to let him be in contact with young people at all is one that is utterly repulsive.”

When the Forward first contacted the center about Finkelstein in September, the center’s national director, Josh Flaster, said that Finkelstein had no contact with lone soldiers. “The select few that do advise and guide the soldiers [are] all lone soldiers themselves,” Flaster said in a September 23 email. “Rabbi Finkelstein volunteers editing articles and written materials.”

But around the same time, a lone soldier currently serving in the IDF told the Forward that Finkelstein frequently hung out around the center’s Jerusalem location and that he often heard about lone soldiers going to Finkelstein’s home for Sabbath meals.

The soldier, who grew up in the United States, said he first met Finkelstein at the center’s annual Yom Ha’atzmaut barbecue in Jerusalem this past May.

“He is a very, very nice man,” the soldier said. “I ran into him a couple of weeks ago at the grocery store. As he always does, he invited me over for Shabbat, and, as I always do, I had other plans, but one of these days I will make it over there.”

When the soldier found out about Finkelstein’s past, he asked not to be named.

The center severed its ties with Finkelstein shortly after Flaster’s September 23 email to the Forward. However, Flaster did not respond to emails asking the center to confirm that decision.