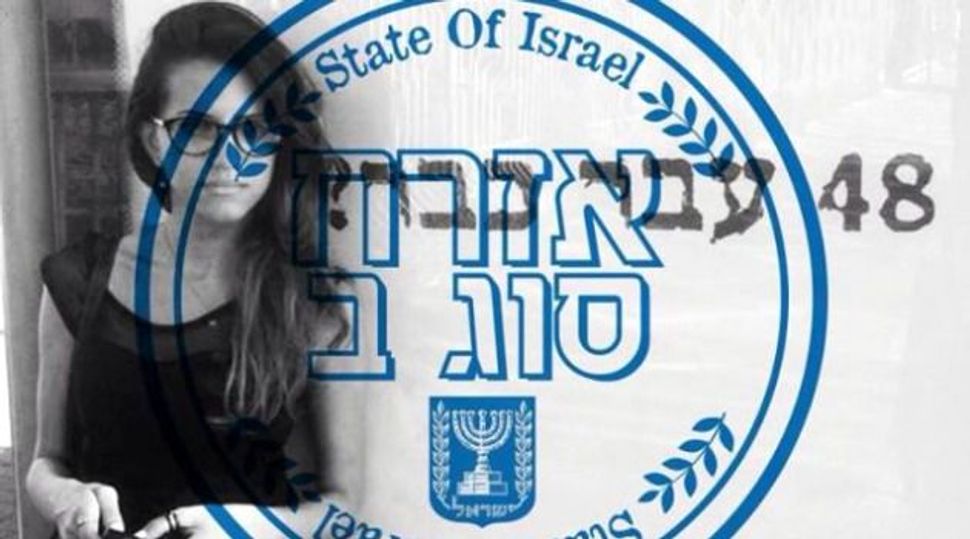 (Haaretz) — Hundreds of Arab citizens in Israel have replaced their Facebook profile photo with one that is stamped “second–class citizen,” in a protest against the proposed Jewish nation–state law.

It was black humor that prompted Sana Jamalia, a graphic designer in Haifa, to launch the protest. In a conversation with a friend, she recounts, “we joked that now with the new law, we are officially second–class citizens and thought we should do something.”

After she and her friend replaced their profile pictures with the new ones bearing an official–looking stamp in Hebrew, hundreds of other Israeli Arabs asked her to help them change their photos, too.

“It was a totally crazy day. I sent pictures to over 200 people, and my inbox is overflowing…it has gotten out of control. We didn’t expect this to happen,” she says.

Does Jamalia believe the act will have an impact? “Many [people] asked me if we expect some response from the state, but we are really just laughing about it,” she says. “What’s new here? We were never first–class citizens. At least now you have said it out loud. I prefer that they tell us directly and not pretend we live in a democratic country…[where] they are self righteous and say there are equal rights,” she says.

“Many asked us why the stamp is actually in Hebrew, and were angry about that,” Jamalia continues. “But that’s only because Israel is officially the state of the Jewish people. So Arabic is not an official language — it is just another language.”

“I’m laughing because they have turned it into something official. It’s funny, since what’s new here? 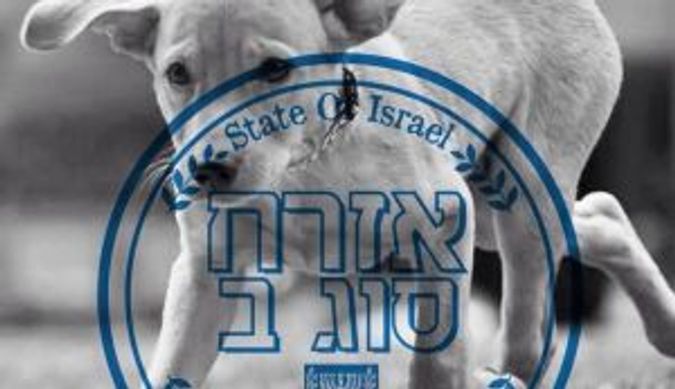 Haneen Majadli, a student at Tel Aviv University, changed her picture — as well as that of her dog’s, but says the “contemptuous law” does not surprise her.

“After all, this law is based on the Declaration of Independence of the state. That means this country is racist towards me since it was founded. This is our protest, not against this law but against the continued policy since 1948.”

Majadli does not harbor high hopes for the Facebook campaign, and believes that the law will not change the situation of Arabs in Israel in practice. “The Arab public in Israel has no partner.

“I think that most of the support we are receiving is from overseas. There is support from the Israeli left, which is also a minority and sometimes is also afraid.”

Majadli believes that the proposed law is being advanced in order to help Prime Minister Benjamin Netanyahu garner votes from the right as he looks ahead toward an election. “I don’t think this Facebook campaign will lead to the cancellation of the nation– state law. But we need to put it on the table, to raise awareness.”