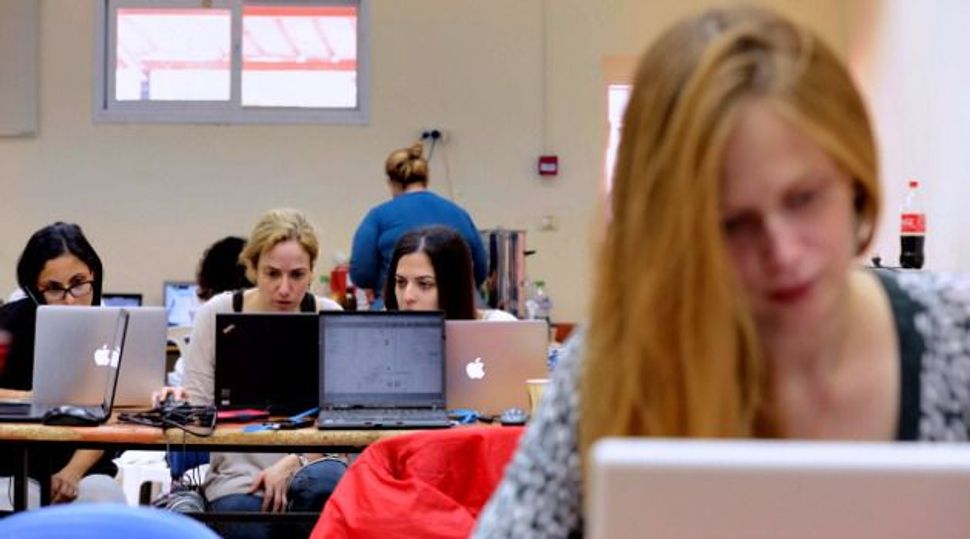 (Haaretz) — The setting couldn’t be further from the startup nation stereotype: a low-ceilinged bungalow classroom in sleepy Givat Haviva in northern Israel, a litter of kittens meandering in and out, and not quite enough electricity outlets to charge your laptop, but the 40 or so Israeli women crowding the tables are making high-tech history.

This is the inaugural Shecon, a three-day women-only hackathon organized by Shecodes, a network of female programmers in Israel that has grown so fast in its first year it hasn’t even had time to finish its own website yet.

The ethos of Shecodes is ‘yes you can,’ or rather, ‘yes she can,’ explains co-founder Ruth Polacheck, 31, originally from Rehovot, a quiet-looking wonder-woman who runs Shecodes in her spare time, while also running a startup. “I felt a calling to do this,” the entrepreneur says, explaining her drive to help other women programmers.

Israel is known for the success of its high-tech sector, with the largest number of startups in absolute terms than any other country aside from the United States. This is all well and good, but ask any Shecoder and she will tell you that there is room for improvement: When it comes to programming, she is usually one of the only women around. 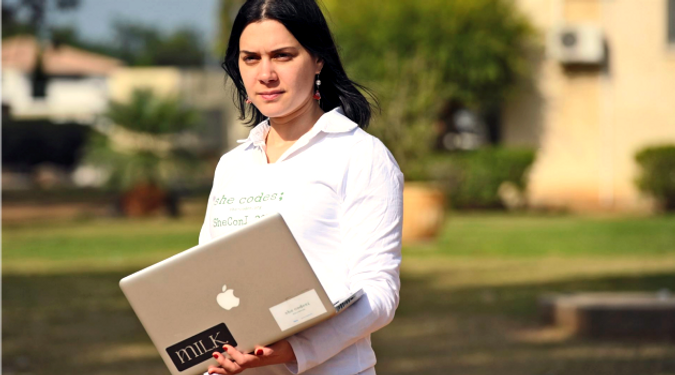 Shecodes wants to change all that. Their goal? That 50 percent of Israeli programmers will be female within a decade. And they are determined to get there, with bucketloads of encouragement for women who code, or write computer programs. Any hint of negativity is smothered with a good dollop of positivity of the “we-talk-about-what-we-can-do, not-what-we-can’t” variety, and everyone is welcome to give it a go.

The approach seems to be working. Polacheck estimates that around 4,000 women nationwide are now part of the network. Aside from hack sessions, in which Shecoders learn to program with support from more experienced members and work on projects, they also help members find work through a career center and organize inspirational talks with high-profile high-tech women. The guests of honor at Shecon included none other than the director general of Facebook in Israel, Adi Soffer Teeni.

Today, they have eight branches, including one at every major Israeli university, and two new ones are set to open soon in predominantly ultra-Orthodox Bnei Brak and Arab Nazareth. Its membership is diverse, including religious Jews and Arabs, with an age range from early 20s to mid-50s. Their spiritual home is at Google Campus in Tel Aviv, however, where some 30 women gathered for their first-ever meeting last November.

Every week, Polacheck says, some 200 women – from experts who do it for a living, to those who don’t know their Java from their JavaScript – meet for four-hour sessions that are strictly no-men affairs. More experienced Shecoders help the newbies as they learn to code. At Shecon last week – held Thursday, Friday and Saturday – the women, who came from all over Israel, were working individually and in groups on different projects: An app for Shecodes and that website they just didn’t have time for yet; a multi-player app for playing Taki, the Israeli version of the card game Uno. 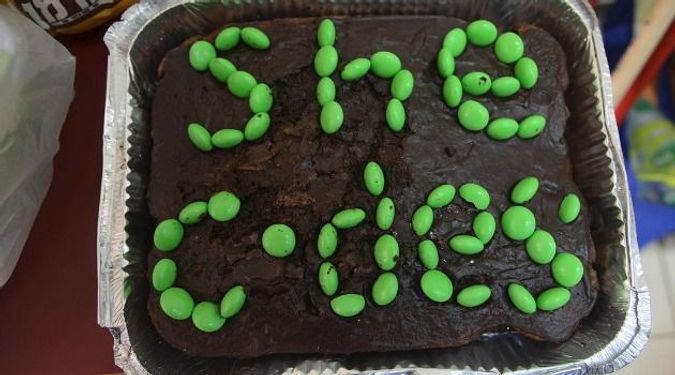 Liora Keller, 55, from Herzliya, is one of those who learned to program from scratch at the weekly sessions. A former consultant, Keller returned to Israel a year ago after a successful career in Silicon Valley. “I started in January, and I knew nothing about Android,” she says proudly, sitting at her laptop at Shecon. This week, she says, she decided to write a family budgeting app to help kids learn the value of money.

The projects are varied. At Sunday’s Google Campus meet, they ranged from Granny’s Feed, an application that helps technophobic grandparents use Skype and Dropbox to stay in touch with family, and Mahaketa – Hebrew for “What’s going on” – an app available on Google Play that keeps you up-to-date on the news.

Safaa Eek, a 24-year-old computer science student from Umm al-Fahm, co-runs Shecodes’ Tel Aviv University chapter. She started programming in high school and says she finds the women-only environment liberating. “I go to tech meetups,” she says of other groups’ meetings, “there are 50 men, and only two or three women.”

In fact, confidence, or rather lack of it, is something you hear about a lot from Shecoders. “Men don’t hesitate to ask questions, but women are the opposite,” says Eek. “The whole idea of Shecodes is for girls to feel comfortable, so they can ask.”

As she sees it, gender discrimination isn’t really the problem – the main problem is a lack of confidence on the part of many women.

Shecodes wants to get girls believing they can do it while they are young. The industry will be better off with more gender balance, says CTO Tal Ben Aroya, 29, noting that she believes men want it that way, too. The way to do this is through education, she says, “in order to teach girls that this isn’t just for men.” Right now, they are working on programs for schools and teacher training initiatives.

Is the 50 percent goal realistic, or merely aspirational? Shecoders are divided, but they agree on one thing: Yes, she can, so why not try?