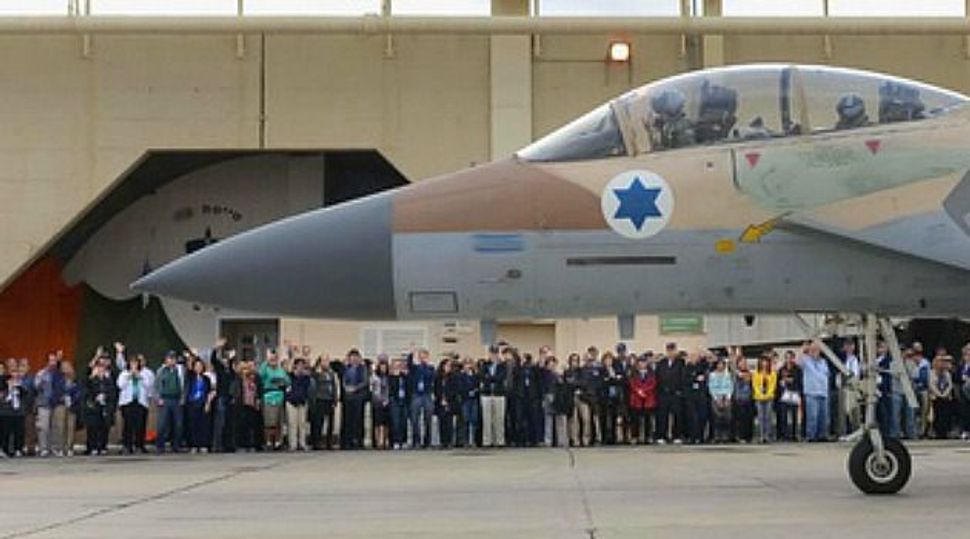 One million dollars, you write in the amount box. You raise your pen to sign. Not so fast, says your accountant, who grabs your pen away and delivers a lecture on what she calls “tax efficiency.” 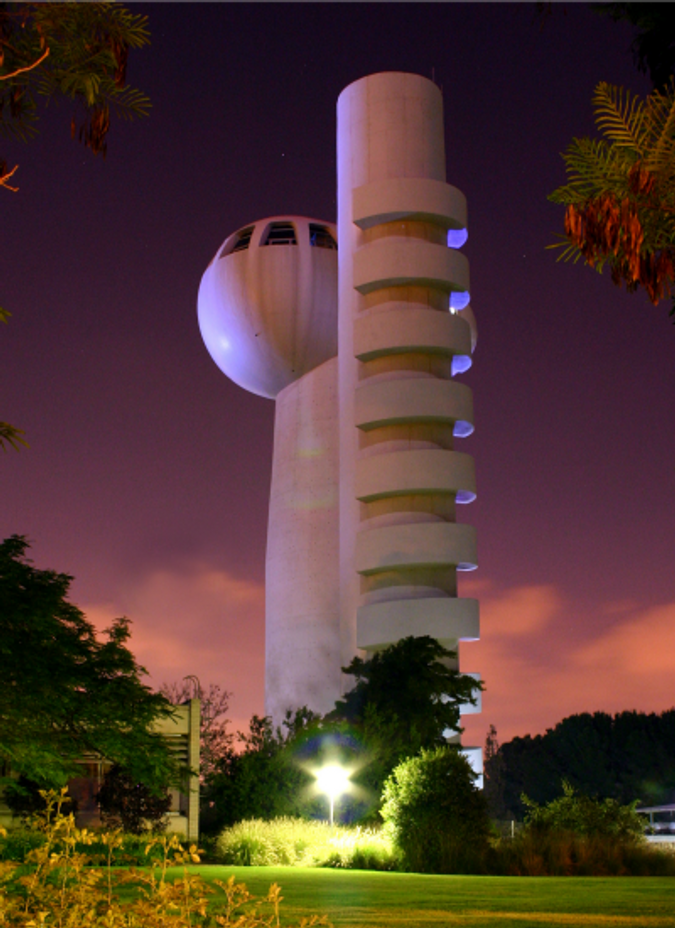 After hearing out your accountant, you sit at your desk, puzzled: Why would I get a tax deduction if I give my million bucks through some American front group, but not if I give directly to the Weizmann Institute itself, which actually owns that big decommissioned Koffler Accelerator?

Which you do. But you’re confused. And you wouldn’t be the only one.

Harvey Dale, an NYU School of Law professor and the director of the school’s National Center on Philanthropy and the Law, thinks that the 1938 congressional report that’s ultimately responsible for this system is “loony.”

“I don’t know anybody who has thought about it who disagrees with me,” Dale said.

We didn’t find anyone, either. “There are a lot of options that would be more coherent,” acknowledged David Pozen, a law professor at Columbia University. Marcus Owens, who used to run the IRS division that oversees charities, called the rule “poorly drafted” and “unworkable.”

That the system makes no sense, however, has not stopped a whole swath of dead-serious charities from sprouting up to exploit it. There are nine very large Jewish “friends of”-type groups. One of the largest, the American Committee for Weizmann, had $106 million in revenue in its 2012-2013 fiscal year, and paid Marshall Levin, its executive vice president, $723,000. That payout was atypical for Levin and included a distribution of deferred compensation — he earned $383,000 the previous year. Melvyn Bloom, executive vice president of the American Society for Technion-Israel Institute of Technology, made $526,000 in regular compensation in the 2012-2013 fiscal.

So why are 5% of Jewish donations going to charities that do no actual charitable, medical, social or educational work themselves, but only fundraise, send the dollars abroad, and provide donors a letter giving them tax deductions?

First, a brief explanation of the charitable deduction itself. Basically: The value of donations to qualified U.S. charities can be deducted from your gross taxable income, which can reduce your tax bill, on the theory that these donations pay for services the U.S. government would otherwise have to provide itself.

It’s a core facet of the U.S. charity system, today defended vociferously by lobbyists for charities.

But the deductibility of donations to foreign charities, as your accountant has instructed you, is more complicated. The paradox began with a 1938 House report that says donors may not take deductions for contributions to foreign charities. Yet the same House report says a domestic charity can offer donors tax deductions and then send the money overseas.

That’s the House report that Dale called “loony.” He demolished the reasoning in a widely cited article in the academic journal The Tax Lawyer in 1995, writing that the key paragraph “contains bad history… bad philosophy… [and] bad logic.” Among other things, he showed that the justification the paragraph provided for the deduction had no relationship to the original intent.

Still, subsequent rulings and opinions have built a whole system around the 1938 paragraph. Current rules allow “friends of” groups to hand out deductions and pass cash to foreign charities with a few restrictions, among them that the “friends of” groups must be registered in the United States, have their own board, and have the nominal authority to send the money to whatever legitimate charity they like.

That last rule looks from afar like a high bar. In fact, it’s pretty low. The “friends of” groups don’t have to even consider giving the money to a group besides their foreign friend — they just need to have the formal right to do so. So, it’s a hard rule to break.

“I don’t know of a single audit on this question in 20 years,” Dale said.

The law’s lack of logic is underlined by its treatment of trusts and estates, which are allowed to take deductions when they make gifts to overseas charities. “If it were good policy to somehow limit charitable contributions to organizations that filed a piece of paper in the right drawer, then it’s a little curious why the same rule doesn’t apply to gifts by… estates and trusts,” said Kimberly Blanchard, a partner in the tax department at the law firm Weil, Gotshal & Manges, referring to charities that are incorporated in the U.S.

Amid all the criticism of the “friends of” system, one major argument stands in its defense. Theoretically, it’s easier for the IRS to keep an eye on domestic groups that make foreign gifts than it would be to watch foreign charities directly.

“The rationale is significantly based on monitoring,” said Pozen, the Columbia professor.

But based on a 2008 rules change, it doesn’t seem like the IRS is particularly interested in monitoring “friends of” groups. In that year, the IRS stopped asking domestic charities to list the names of the charities to which they send money overseas on their publicly available tax returns. That denies information to the public, the media and the charity watchdogs that help police the proliferation of charities in numbers far beyond the capacity of the understaffed government auditors. The IRS can and does, however, audit domestic charities.

So, the “friends of” groups exist because of rules that don’t make sense. Still, if you want to get a tax deduction in return for your generosity toward the big decommissioned Koffler Accelerator, you’ve got to deal with them. So what are they?

In fact, there’s variation in the “friends of” world, from monogamous friends like the American Committee for Weizmann and American Associates of Ben-Gurion University of the Negev, to relative swingers like PEF Israel Endowment Funds.

PEF, in particular, is an enigma: The organization is extraordinarily big, with $69 million in grants made in 2013 — more than all but the largest Jewish federations. Yet it has just five employees and paid its top-compensated employee just $124,000. Largely run by volunteers, PEF is a mega-“friends of” organization that also manages endowed funds for major donors. The group maintains a list of more than 1,000 Israeli charities that it has determined are eligible to receive American donors’ gifts. According to its president, Geoffrey Stern, the group covers its overhead with fees charged to its endowed funds, and doesn’t take any expenses out of regular gifts.

So, you could write your $1 million check to PEF Israel Endowment — specifying which of the 1,000 charities you want it to reach — get your deduction, and be relatively confident that all $1 million would go to the Weizmann Institute, and none would be held back to cover American-side expenses and salaries.

But of course, hypothetical donors obsessed with big decommissioned Koffler Accelerators at Weizmann don’t actually exist. They must be actively cultivated and solicited. Which is why the American Committee for Weizmann says it exists.

“The relationship with the donor is something that has to be nurtured and brought along and maintained,” said Ellen Merlo, national chair of ACW. “Over the past 20 years, the American Committee [for Weizmann] has averaged about $70 million a year in major gifts. That doesn’t happen without a lot of staff work.”

Levin, the group’s executive vice president, takes the point a step further. “This model of relationship building and major gifts over long periods of time is very different than other organizations within the Jewish landscape,” Levin said. “This is about incrementally increased and significant giving over the course of an entire lifetime.”

Which is expensive. Still, why would a donor want to give to a standard “friends of” organization, and foot the bill for all that fundraising, if they could just write their check to PEF? We called to ask what the groups provided, besides tax deductions.

To listen to the leaders of some of the Jewish “friends of” groups, it can sound as though they imagine themselves as running a friendship club for wealthy donors.

“We are… a community, and part of an extended family that links to leaders in Israel,” said Barbara Schreibman, vice president of marketing and communications for American Friends of Tel Aviv University, which earned $25 million in revenue in its 2012-2013 fiscal year and made $19 million in grants.

“What it has done for us, and for me particularly, is it’s really made me very close to a broad circle of friends,” said Judy Steinhardt, co-chair of the American Friends of the Israel Museum, which had $34 million in revenue in the 2012 calendar year and made $16 million in grants. After a meeting this coming June in Jerusalem, Steinhardt said, board members and high-level donors will travel together to Venice for the city’s famed Biennale, an arts and culture festival.

All this raises a question for the policy makers: Should these groups get deductions for cultivating wealthy donors and sending money overseas?

“Friends Of groups present problems to people who think that the purpose of the tax subsidy [for] charitable donations is to stimulate the production of social benefits in the first instance for American citizens,” wrote Rob Reich, a political science professor at Stanford University (and no, not the former secretary of labor), in an email to the Forward.

Reich suggested that one could think of tax deductions on donations to “friends of” groups as money that is ultimately lost to the benefit of U.S. citizens. So what about ending this deduction?

But here Reich raises an objection: “What about the large number of public charities that raise tax deductible donations from U.S. donors to support efforts overseas to alleviate poverty, provide disaster relief, build health care systems,” he wrote. “Oxfam, Doctors Without Borders, Partners In Health — should these groups not be eligible to receive tax subsidized donations?”

Direct comparisons are tricky. Partners In Health, for one, isn’t a “friends of” organization, but rather a U.S. charity that does work overseas. Oxfam and Doctors Without Borders are similar. Still, some “friends of” organizations do focus on poverty, such as American Friends of Yad Eliezer, which backs the Orthodox-focused Israeli charity. It’s clear that any proposal to change the rules about which foreign-focused charities should and shouldn’t be eligible for deductions would get very fraught, very fast.

Pozen raised a simpler possible fix: Just allow foreign charities to register with the IRS. Or put the burden on donors to argue that the particular donation to a foreign charity for which they are claiming a donation should be deductible.

But Congress is not exactly in a law-passing mood these days. And with no imminent “friends of” crisis on the horizon, there’s no sign the system will shift anytime soon. “I would not predict any massive change,” Dale said.

Back at your desk, you take your accountant’s advice. Then you write a check to the American Friends of the Israel Museum and start packing for that trip to the Biennale.