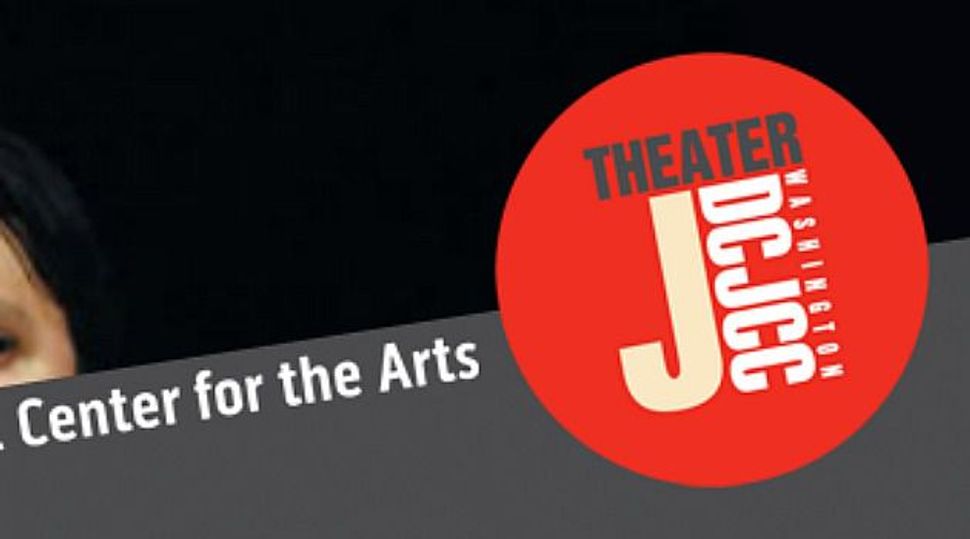 Some of the most prominent figures in non-profit theater have denounced the Washington DC Jewish Community Center for its recent decision to terminate Ari Roth, the director of its nationally acclaimed theater program, for what they called “blatantly political reasons.”

In an open letter to board members of the DCJCC, nearly 100 artistic directors of theaters from across the country called on the center to “renounce” Roth’s termination, calling it “an act of politically motivated censorship in retaliation for Roth’s choice to produce and publicly defend challenging and provocative work.”

The departure of Roth, whose group, Theater J, has produced several plays considered by some critics as hostile to Israel, was disclosed by The Washington Post on December 18. Roth refused to sign a severance agreement and described his departure as a firing.

A press statement released the same day by the DCJCC characterized Roth’s departure as “stepping down to pursue a new series of endeavors.” Roth, however, told the Forward, “It was pretty punitive,” adding that the timing and method were a surprise.

The parting of ways follows several years of pressure on the DCJCC by a group of critics over Roth’s Israel-related productions. Among other goals, the group, known as Citizens Opposed to Propaganda Masquerading as Art, sought to dissuade donors from contributing to the DCJCC and the Jewish Federation of Greater Washington.

The artistic directors’ letter of protest, released December 22, charged that “the actions of the JCC… violate the principles of artistic freedom and free expression that have been at the heart of the nonprofit theater movement for over half a century.”

“Such actions,” they wrote, “undermine the freedom of us all. A free people need a free art; debate, dissent, and conflict are at the heart of what makes theater work, and what makes democracy possible.”

In a separate letter to the center’s board of directors, Pulitzer Prize-winning playwright Tony Kushner asked them to repudiate the decision and to apologize to Roth for having him escorted out of the building by security guards. “If the Board hopes that his firing will pass by in silence, it is making it possible for censors and censorship to triumph,” he wrote.

Responding to the criticism, Carole Zawatsky, CEO of the DCJCC, told the Forward that Roth’s departure “did not happen for political reasons.”

She said that the DCJCC “absolutely supported” two of the controversial plays Roth put on and will continue “to produce work that is engaging the American Jewish community and the difficult issues around Israel.”

Both sides confirmed that the relationship between the theater and the DCJCC has recently been rocky. “DCJCC and Ari Roth have been moving down a path of somewhat divergent philosophical perspectives,” Zawatsky said. “As of late spring, we were looking for a way to stop fighting.”

“It got to be a very difficult fit,” said Shirley Serotsky, Theater J’s acting (and previously associate) artistic director. “Ari’s intentions and desires no longer fit into the organization.”

Things appeared to come to a head after a November 25 Forward story reported on the DCJCC’s decision to cancel Theater J’s annual theatrical festival, Voices From a Changing Middle East. An updated version of the story posted on-line, included a statement from Roth in which he criticized the headline on the initial post of the story, which stated that Theater J had canceled the festival.

“Theater J has not moved to cancel anything,” Roth wrote in an email. “The DCJCC has made an executive decision and informed me and our Theater J Council of such. I’m committed to the future of the Voices From a Changing Middle East Festival and would never move to cancel such an acclaimed, important signature initiative.”

The DCJCC didn’t appreciate that he had spoken out without consulting the center’s communications officer, Roth said following his departure as director. And Zawatsky appeared to confirm this. “Like any institution, the DCJCC has a communications protocol,” she told the Forward. “Ari has made choices to work outside of the bounds of that protocol.”

The DCJCC and Roth had been in conversations for several months prior to their parting of ways to try to develop a plan for Roth to continue the annual Voices festival and other projects related to the Middle East in a way acceptable to the DCJCC. Among the proposals, according to Roth, was one that would have enabled him to produce the Voices festival as a separate event, unconnected to the DCJCC, while continuing at the Jewish center as a part-time artistic consultant. “I was hoping we could reach a compromise,” Roth said.

One way or another, Roth’s position was going to change. It was the DCJCC that “chose the timing,” Zawatsky said.

DCJCC board member Patty Abramson told the Forward that the board of directors, “generally speaking, was surprised that the decision was made.” But there was full support for the executive director, she said, noting, “It was a situation where there was no great outcome.”

Another board member, who spoke on the condition of anonymity, was more critical. “His departure was grossly mishandled,” this board member said.

Among the Theater J productions that have drawn fire from some who considered them hostile toward Israel is “The Admission,” a play by the Israeli writer Motti Lerner about the alleged massacre of Palestinian villagers by Israeli soldiers in 1948. The play, which had its world premiere at Theater J, was initially planned as a full production, but was later downgraded to a staged workshop following protests by COPMA.

The same group staged a similar protest to Theater J’s 2011 production of “Return to Haifa” by Israeli playwright Boaz Gaon. The play, originally produced by Israel’s Cameri Theatre, is based on a 1970 novella by Palestinian writer Ghassan Kanafani, who also served as a spokesman for the Popular Front for the Liberation of Palestine. Israel and the United States have designated the organization as a terrorist group, and Kanafani was assassinated in 1972 by the Mossad.

Gaon’s theater adaptation of Kanafani’s novella tells the story of a Palestinian family returning 20 years later to visit the home it fled during the 1948 war that established Israel as a state. They find it occupied by Israeli Jews — one of them a Holocaust survivor — who have adopted their lost son and raised him as a Jew. Gaon said that Kanafani’s compassionate portrayal of the Jewish characters moved him to adapt the novella for theater.

Despite the way his job concluded, Roth said he is thankful for the years of “interesting creative tension” at Theater J. He plans to start his own theater group in the near future, as soon as the fall of 2015. According to The Washington Post, the Voices festival will probably be part of the venture.

Meanwhile, the remainder of Theater J’s 2014/2015 season will continue as planned, under Serotsky. Next on the program is the world premiere of a play written and directed by Aaron Posner, titled “Life Sucks.”